View source
watch 02:56
Raise a Floppa - The Loop
Do you like this video?
Play Sound
For the vehicle company, see Maibatsu Corporation.

The Zaibatsu (財閥, "financial clique") is a Japanese term referring to industrial and financial vertically integrated business conglomerates. In Grand Theft Auto 2, a powerful Japanese-American crime syndicate referred to as the Z-Men use the Zaibatsu Corporation as front throughout Anywhere City, USA.

In Grand Theft Auto III, a pharmaceutical corporation called Zaibatsu Pharmaceuticals is mentioned in the radio stations, however they appear to be a legit business rather than it's previous 2D Universe counterpart.

Zaibatsu Corporation hide behind the guise of a pharmaceutical corporation that manufactures a wide array of products and distributes them in Anywhere City. They also have a website, which describes them as "the world's last major privately owned corporation".

In reality, they are a powerful conglomerate in the criminal underworld of the United States that runs both legitimate and illegal businesses, and are more than willing to eliminate anyone that obstructs their goals. During the events of GTA 2, they have gone so far as to employ countless armed thugs to fight a massive, bloody turf war with the other gangs of Anywhere City in all three of its main districts.

Members of the Zaibatsu Corporation, or "Z-Men", are known to wear black or dark grey suits (in the Game Boy Color port of GTA 2, they also appear to sport white headwear, possibly hats or helmets) and drive customized Z-Type cars with a black color scheme and the organization's golden (white in the GBC port) "Z" symbol painted on the roof.

The Zaibatsu Corporation is one of three criminal organizations from the 2D Universe to be carried over to the 3D Universe, the other two being the Yakuza and the Russian Mafia. However, they are also the only one of the three whose members have never made a physical appearance in-game nor display any real evidence of conducting criminal activities.

It is interesting to note how prominent the Zaibatsu Corporation is in GTA 2, yet are only briefly mentioned in GTA III.

They appear frequently throughout the Grand Theft Auto 2, as their presence can be seen and felt in all three districts of Anywhere City. They became embroiled into a violent struggle over control of business interests and gang territories with all other gangs in Anywhere City during the period of which Grand Theft Auto 2 is set in.

The following gangs that contests the control by the Zaibatsu Corporation are: Yakuza, the Rednecks, the Scientists, the Loonies, the Hare Krishna, and the Russian Mafia. They were presumed to be the most powerful criminal organization of all in Anywhere City during the time of Grand Theft Auto 2. The top-ranking leaders of the Zaibatsu Corporation frequently refer to the GTA 2 Protagonists by the nickname they gave him, "Gecko".

In the film/movie rendition of Grand Theft Auto 2, Claude Speed is shot dead by a Zaibatsu assassin sent to avenge for his theft of Zaibatsu merchandise.

While there are no buildings explicitly identified as being their property, they are mentioned in radio commercials advertising their latest medical product, which is distributed from Zaibatsu Pharmaceuticals, their pharmaceutical branch.

A Liberty Tree article also describes the company as being "Liberty City's very own Zaibatsu Corporation", indicating that Zaibatsu was founded in Liberty in this universe.

Screenshots of the alpha version of GTA III show that posters and crates with Zaibatsu's symbol were to appear in the Chinatown district of Portland. 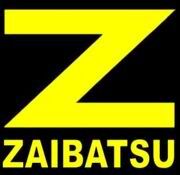 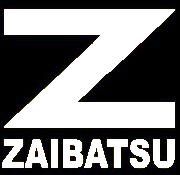 Z-Type, the gang car of the Zaibatsu.