View source
watch 02:34
Fire Emblem Warriors: Three Hopes - The Loop
Do you like this video?
Play Sound
For the series of armored sports cars in Arena War, see ZR380.

Standard White - 100%
“The nods of recognition, the pointing, the fanboys passing out in ecstasy. Witnessing the big power ZR350 revving up to tear a hole through an underground parking lot never gets old. And when you burn these tires out, they'll fight to see who gets to breathe in your polycyclic aromatic hydrocarbons - because this much clout is seriously intoxicating.”
— Legendary Motorsport description.

The ZR350, formerly known as ZR-350, is a two-door sports car featured in Grand Theft Auto: San Andreas and Grand Theft Auto Online as part of the Los Santos Tuners update. It is manufactured by Annis in the HD Universe.

The vehicle assumes an elongated design, where the front end features a wide intake on the center and two smaller intakes beside it, as well as rectangular fog lights with small turn indicators. It is also the only car in the game to feature pop-up headlights, which activate at dusk. The sides are denoted by the exit vents on the front fenders, with the inset portions also passing through part of the doors, while the cabin has long mirror wings. A fuel cap can be seen above the rear left wheel arch. The rear of the car has large tail lights, with the central one having "ZR-350", as well as a basic bumper with the license plate on the center and a single exhaust pipe below, on the passenger side.

The vehicle may spawn with or without a spoiler, and can be seen in a variety of single colors.

The vehicle returns to Grand Theft Auto Online as the ZR350 (without the hyphen), being manufactured by Annis. Similar to its appearance in GTA San Andreas, the car is primarily based on the 1992-2002 Mazda RX-7 (FD). Its design shares many features with that of the real RX-7, even down to the engine bay, which depicts a rotary engine. The taillights are similar to the ones found on the Mazda MX-5 Miata (NB2), although the bulb housings are surrounded in black rather than red. The taillight housings on the ZR350 are separated, rather than connected. The headlight housing area is similar to those found on the RX-7, but the circular main beams are similar to those of the 1990-1997 Mazda MX-5 Miata (NA). Another difference between the ZR350 and RX-7 is the quad exhaust setup on the ZR350, as opposed to the right side twin exhaust setup on the RX-7. The vehicle also includes front bumper and spoiler options that can allow it to resemble later iterations (1998-2002) of the FD, such as the Spirit R.

The overall shape and layout of the car remain similar to the 3D Universe iteration, albeit with a higher detail. The front of the car has similar features to its previous iteration, but the bottom has an extender/splitter with two additional small intakes, the side intakes are larger and aligned to the upper side, and the central intake has an additional surrounding within it, along with the manufacturer logo on the center. The headlight arrangement is also similar, consisting of two rectangular units and two animated pop-up lights, which house inner circular units and outer square-shaped units. The bonnet remains almost the same as before, which opens to reveal the engine bay and a strut brace.

The sides of the car remain identical to the 3D Universe iteration, having exit vents on the front fenders and large mirror wings on the doors. However, the inset portions are smoother in shape, while the door handles are placed within the side window trimming, resulting in a more discreet profile on the doors. The greenhouse area is mostly identical to the 3D Universe rendition, but the rear window has a single wiper that is off-set to the driver side.

The rear section consist of a small trunk lid with silver badging on the rear, while the outer sections have black housings with circular tail lights. The rear bumper is rather bulky and has the license plate on the center, while dual exhaust pipes can be seen below. Unlike its previous iteration, the vehicle does not spawn with an optional spoiler, but can be modified with one.

The interior and dial set of the vehicle are the same as the Banshee 900R and the Penumbra FF, which are essentially white/paintable variations of the one used in the Banshee. The Annis logo can be also seen on the steering wheel.

The primary color of the car is applied on the bodywork, while the secondary one is applied on the mirror wings. A trim color is also available for the interior, as well as a dial color. It uses a set of six-spoke rims with protruding details and five bolts around the center, wrapped in medium-profile tires. These rims can also support a dedicated color, although only naturally-generated examples may have one. 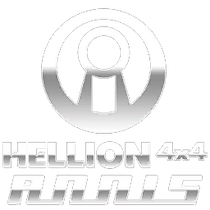 The ZR-350 features a FR drivetrain layout and has a good top speed and acceleration. However, it has poor traction when driving at high speeds as it usually drifts at high speeds. It is slightly damage-resistant, as slow collisions do not affect the vehicle too much.

The ZR350 has good top speed and decent acceleration, but it is rather inferior compared to other cars in its class, like the Jester RR. Its traction is also poor and is very easy to destabilize. When exiting a corner, the ZR350's rear end tends to kick out, which may be detrimental to inexperienced drivers. Use of the brakes is advised before driving over curbs, sidewalks, and uneven terrain and not to instantly accelerate. Wait for the car to point straight then continue accelerating out of corners to prevent the rear end to kick out upon corner exit. Fitting a spoiler mitigates this issue somewhat.

Crash deformation is comparable to other Los Santos Tuners vehicles; a few hits to the vehicle will result in the hood or trunk opening slightly depending on the point of impact, but the headlights and other glass components break easily in the event of a collision.

The ZR350 features a two-rotor Wankel engine, mated to a 5-speed gearbox in a front-engine, rear-wheel-drive layout. It shares the same engine sound with the Stinger, the Stinger GT and the 190z, evidenced by the distinctive high-revving tone.

The ZR-350 can be modified at TransFender. Modifications include: 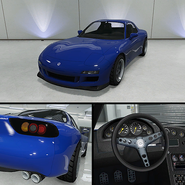 The ZR350 on Legendary Motorsport.

The ZR350 in the cinematic preview on Rockstar Games Social Club.

Garage banner with the logo badge for ZR350.

The ZR350 with lights on. (Rear quarter view)