The company name and logo are based on the Japanese high end urban clothing brand BAPE (A Bathing Ape). Its name and logo are also an obvious reference to the popular mythical creature, the Sasquatch. The name can also be a reference to the snow monster, the Yeti. The player is able to purchase Yeti tops at Sub Urban stores. The brand is also featured in the Leopolds store in Rockford Hills. 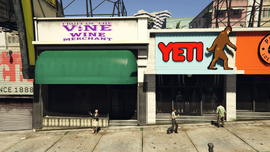 A pedestrian from The Lost and Damned wearing Yeti apparel. 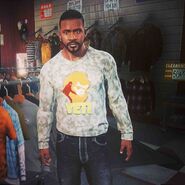 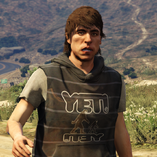