The Yakuza appears in the two San Andreas chapters. In chapter Mandarin Mayhem, the protagonist has to take Yakuza's rigged Limousine to Hang Yu's garage, where the bomb will be removed. Then the car has to be driven back. In chapter Tequila Slammer, the Yakuza have stolen shipments from El Burro. The player is told to destroy three of their Limousines and finally steal one from them.

It is unknown what happened to them after the end of the game, it is believed that the organization has dissolved or that Yuka or Kanbu have taken the leadership of the gang. Even so they will continue seeing members in Torrington and in Fort Staunton killing some members of the Colombian Cartel 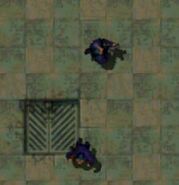 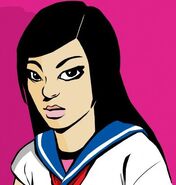 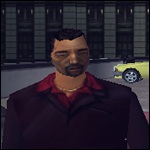 Kanbu, a high-ranking member of the Yakuza, circa 2001.
Add a photo to this gallery

Retrieved from "https://gta.fandom.com/wiki/Yakuza?oldid=1155616"
Community content is available under CC-BY-SA unless otherwise noted.