Xin of the Father

Xin of the Father

Evading a huge wave of cops.

Xin: "Oh, thanks! Not - how are you doing Xin? Or - you look bad, Xin, I'll get you a doctor."
Huang: "The only thing a hospital's got for you is a morgue and I'm not getting arrested driving you over to it."
―Huang Lee and injured Xin Shan chased by the cops

Xin of the Father is the last mission in Grand Theft Auto: Chinatown Wars given to protagonist Huang Lee by Xin Shan. This mission will be unlocked if you registered an account to Rockstar Games Social Club and find the Lions of Fo.

Huang finds Xin, bleeding to death in the back of a car. Huang then realizes that Xin is wanted by the police for killing several police officers. Xin tells Huang that he needs a doctor and Huang objects to him and tells him; "The only thing a hospital has got for you is a morgue.". Xin says that he knows a place where he can be treated for his injuries, alternate to a hospital. The player is prompted to get in the car and lose a 4-star wanted level and take Xin to his required destination. When they get to the destination, Huang realizes that there is no Doctor and asks Xin for his money. Xin mentions Ling who was murdered in that same spot, sometime early on in the game. He said that the money has gone to his "dead partner's" funeral expenses. Huang offers Xin to be his partner. Xin objects to Huang, and dies due to massive bleeding wounds. Huang gets out of the car and the mission ends.

Xin pulled off his big shot job, but got himself shot in the process.

I had all kinds of fun trying to lose the law and get him out of there - underwear day at the laundrette is gonna be even more fun now.

The kid was delirious, turned out he was Ling's brother, and he figured on killing me to avenge her.

Stupid kid lost too much blood... there was nothing I could do but watch him die. 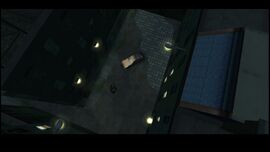 Huang finds Xin, bleeding to death in the back of a car. 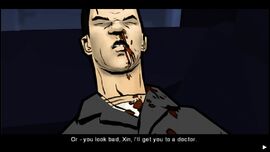 Xin tells Huang that he needs a doctor and Huang objects to him and tells him. 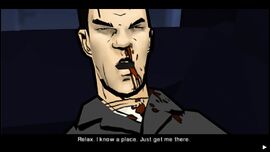 Xin says that he knows a place where he can be treated for his injuries. 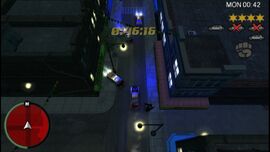 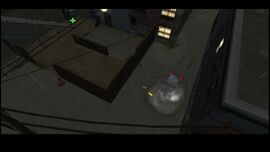 Arriving at the location. 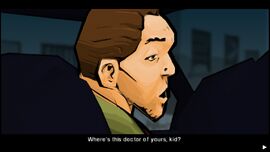 Huang realizes that there is no doctor. 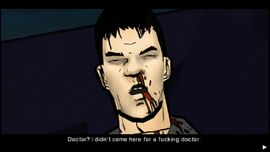 Xin tells him that he didn't come here for a doctor. 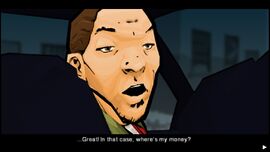 Huang asks for the money. 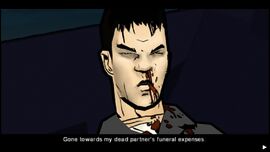 Xin says that the money had gone towards his dead partner's funeral expenses. 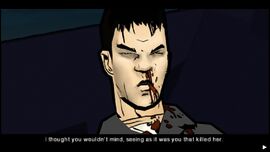 Xin reveals that she was killed by Huang. 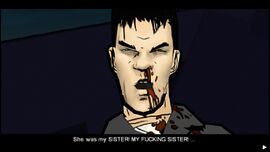 And she was his sister... 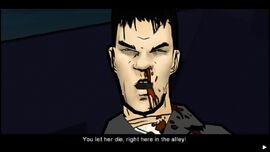 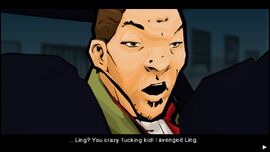 Huang realises that he was talking about Ling. He tells Xin that he didn't kill her, however he avenged her death. 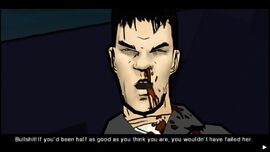 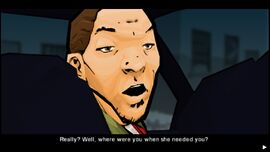 Huang asks where he was when she needed him. 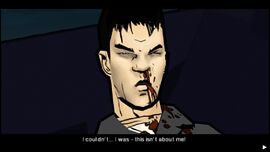 Xin says this wasn't about him. 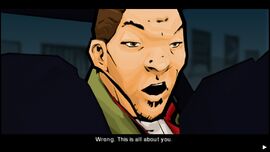 Huang says this was about him and he let her die when she needed him. 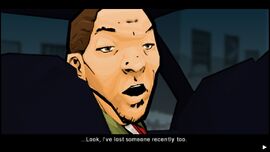 Huang tells him he lost someone recently too. 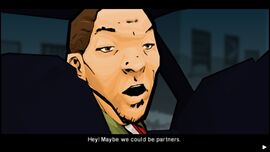 Huang offers Xin to be his partner. 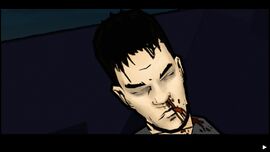 Xin objects to Huang, and dies due to massive bleeding wounds. 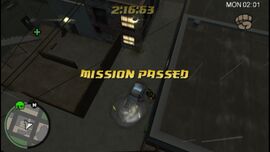 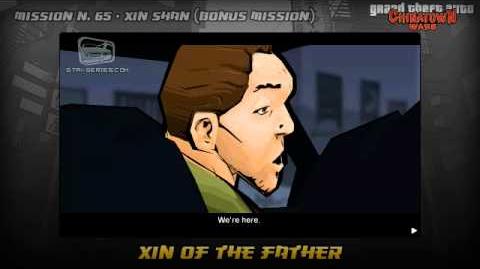 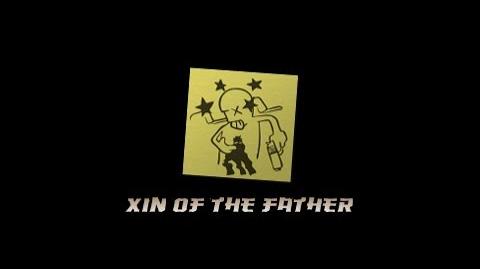