Wikipedia has an article on:
Xbox 360
Wikipedia

The Xbox 360 is Microsoft's second gaming console, successor to the Xbox. It was launched on November 22, 2005 in North America and it features an improved CPU, better graphics, and advanced online gaming capabilities. It directly rivals Sony's PlayStation 3, and Nintendo's Wii.

The Xbox 360 Elite is an upgraded version of the console, with a 120GB hard drive and an HDMI output port. However, many of the upgrades are now available individually for existing Xbox 360 consoles, excluding the 120GB HDD.

The Xbox 360 S is an upgraded version of the original design of the Xbox 360, announced and released on June 14, 2010. It is smaller, quieter, has built-in Wi-Fi, a built-in TOSLINK S/PDIF optical audio connector, more USB ports, produces less heat, and comes standard with either a 4GB internal memory unit or a 250GB HDD.

The successor of the Xbox 360, the Xbox One, was revealed on May 21, 2013 and released on November 22, 2013, exactly 8 years after the Xbox 360. On April 20th 2016, The Xbox 360 was discontinued worldwide although Microsoft stated they will continue to provide Xbox live services.

All Grand Theft Auto games made for the original Xbox can be played on the Xbox 360, with a free software emulator (although this requires an official Xbox 360 Hard Drive, which is not included with some models (such as the Core and 4GB) and may need to be purchased separately). 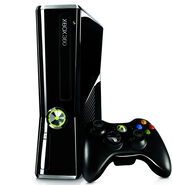 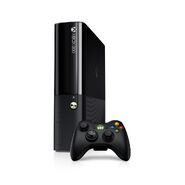 The redesigned Xbox 360 E. Image credit: Microsoft
Add a photo to this gallery

Retrieved from "https://gta.fandom.com/wiki/Xbox_360?oldid=1240982"
Community content is available under CC-BY-SA unless otherwise noted.