"A South Korean electronics company whose entire business model is based around creating substandard copies of Fruit's products and releasing them to market a few months later at half the price."
―Bawsaq.com description.

Wiwang (위왕) (BAWSAQ: WIW), stylized as "WIWANG", is an electronics company featured in Grand Theft Auto V. Players can buy stocks of the company at the Bawsaq.com website.

Wiwang's slogan, as seen in the main office of the company in Little Seoul, Los Santos, is: "Think small, think hard". It is most likely based on Samsung and LG Electronics, since these companies are located in South Korea.

Wiwang manufactures two-way radios for taxis and emergency vehicles, as well as audio head units for various types of vehicles. Wiwang also manufactures large air conditioning units, which can be found on many roofs including the LSIA terminal building. The Wiwang AC units come in two variants, large and extra large, both of which explode if shot at with rockets. Wiwang manufactured printers can also be found in player-owned offices in Grand Theft Auto Online.

Wiwang is also a manufacturer of printer inks and cartridges as seen in Grand Theft Auto V.

Wiwang radio in a Police Cruiser.

A Wiwang 69 Express dryer, used to dry freshly-printed forged cash in a Motorcycle Club business. The inclusion of 69 in its name is continuation of a long standing running joke in the GTA series by Rockstar.

A printer in a player-owned office in GTA Online. 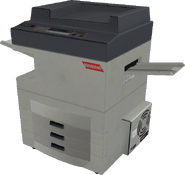 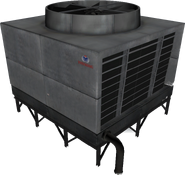 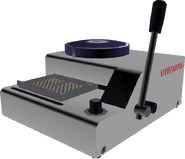 A alternate large Wiwang AC unit model.
Add a photo to this gallery 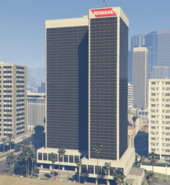 Wiwang advertised at an audio company in Strawberry.
Add a photo to this gallery
Vehicle sponsors

Retrieved from "https://gta.fandom.com/wiki/Wiwang?oldid=1226821"
Community content is available under CC-BY-SA unless otherwise noted.