"No need for reservations"

Four Wigwam Burger restaurants have appeared in the series so far, with one in Liberty City, one in Alderney and two in Los Santos. In GTA Chinatown Wars, Wigwam Burger offers scratch cards that may be used to win food items from Wigwam Burger or a $50 cash prize. None of the restaurants is accessible to the player.

In Grand Theft Auto IV, The Triangle branch of Wigwam Burger is located in a replica of the Candler Building[1], which once housed a large McDonald's restaurant. 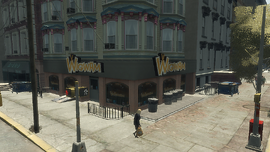 On the corner of Drebbel and Vitullo Avenue, Berchem, Alderney. 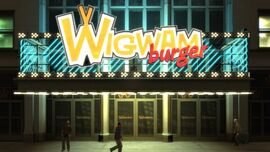 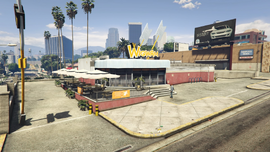 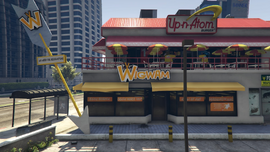