"Whiz is stronger than Tinkle"
"Can you see my junk now ? Good."

@WhizWireless
“A cell phone operator that cornered the market on selling bad service to people with bad credit.”

Whiz is a phone company appearing in the HD Universe of the Grand Theft Auto series. The player can buy stocks from them at the Bawsaq.com website in GTA V.

Whiz competes with Tinkle for dominance in the wireless market, using the slogan "Whiz is stronger than Tinkle" (this makes fun of the fact that both names are slang terms for urinating). It is currently the company with the most phone models, with two Cellphone models and a High Speed Phone. Whiz is a parody of Verizon, in one of their radio commercials, they have a person saying "Can you see my junk now? Good." which is very similar to Verizon's "Can you hear me now? Good." commercials.

In GTA IV, Niko Bellic starts with a Badger phone until Playboy X gives him a better Whiz phone in the "Photo Shoot" mission to take a picture of a snitch. The new phone is both better looking than the old one and has a Camera, allowing Niko to take pictures.

In GTA V and GTA Online, the company operates pay phones around Los Santos. The company also appears as one of the sponsors on the livery of the Jester and Massacro racecars.

At one point in GTA V, on a radio station it is said that the Whiz Smartphone is better than iFruit because they completely copied the design and improved 9 small features on it. 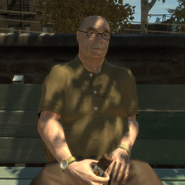 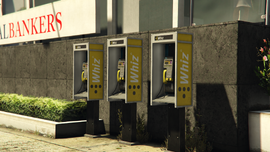 Whiz payphones outside the Schlongberg Sachs building in West Vinewood. 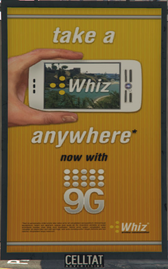 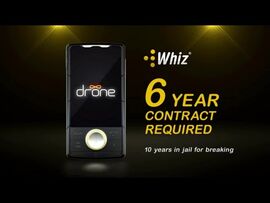