Victor Vance collecting the packages in a Bovver '64

$1500
Bovver '64 (available for purchase at The Clymenus Suite safehouse.)

Where it Hurts Most

White Lies is a mission in Grand Theft Auto: Vice City Stories given to Victor Vance by his brother Lance Vance from his apartment in Ocean Beach, Vice City.

Victor drops by Lance's apartment. Lance asks what he's doing there and after a while Louise, Victor's girlfriend, appears from the kitchen who says that she and Lance got high together which angers Victor and after a long going argument, Lance runs outside to a chopper and threatens to give away all of his coke around the city. Victor then follows his chopper which drops a package spread all around Ocean Beach, in a hovercraft and collects as many packages as he can, completing the mission.

Jerry Martinez: Hey, Vic. I'm back in town. How's that lady of yours?
Think I might pay her a visit...

The reward for completing this mission is $1,500 and the unlock of mission Where it Hurts Most as well as Bovver '64 being available for purchase at The Clymenus Suite safehouse. 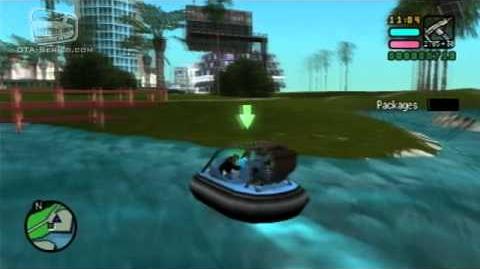