Where it Hurts Most

Where It Hurts Most

In-game time
“I just wanted you to know that Martinez's thugs have been following me. And because I want to get back together, I'm trying to avoid being killed. And now I'm hiding out round the back of some Burger Bar. Not that you'd give a shit.”

Where it Hurts Most is a mission in Grand Theft Auto: Vice City Stories given to protagonist Victor Vance by his brother Lance Vance from his apartment in Ocean Beach, Vice City.

Vic goes to Lance's apartment in Ocean Beach who's half asleep and doesn't know what he has recently done. After a brief rant by Vic, Louise Cassidy-Williams calls and informs Vic that Jerry Martinez's goons have been following her and that she's been forced to hide behind a burger bar in Little Haiti, she hangs up angrily which forces Vic to rush over to Little Haiti.

When Vic arrives he goes to pick up Louise but after a short moment, she's heard screaming from a Sentinel XS car which is driven by Martinez' goons and a couple of other goons appear and try to kill Vic. After a shoot-out Vic kills Martinez' goons after him and then rushes to Downtown. He checks around the city and special hide-outs and after struggling eventually finds where Louise is kidnapped. After killing the enemies, Vic gets in the car with Louise inside and takes her to a hospital. 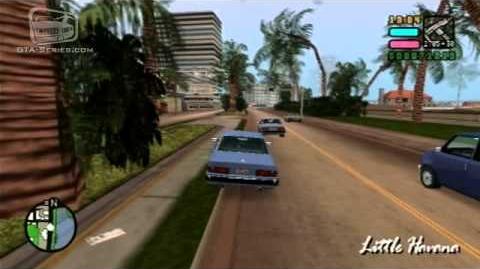