• ­Get a fast car and head to the starting grid.

• ­Barge the rivals out of Chan's way.

• ­Good work. Now, take out the other rivals.

• ­Chan is winning. Keep his rivals off his back. (When Chan takes the 1st position)

• ­Chan lost the lead. Take out any rivals ahead of him. (When Chan falls back to 2nd place or lower)

• ­This is the last lap. Maintain Chan's lead.

• ­All the rivals have retired. Follow Chan to the finish line. (If Huang destroys all three racers)

• ­Congratulate Chan on his victory.

Chan: "Yeah, but I heard the other drivers have cars that are race lightened for extra speed. How can even I - the best driver in the city - compete with them when they cheat like that?"
Huang: "You mean they're driving race cars in a car race? ...That's disgraceful."
Chan: "I know and I've got to win this race, Huang."
—Chan Jaoming and Huang Lee discuss about the upcoming race.

Whack the Racers is a mission in Grand Theft Auto: Chinatown Wars given to protagonist Huang Lee by Chan Jaoming.

Chan is passing through a hangover when Huang meets him in the garage, he says that he partied too much last night and now is not in condition to participate in the race. He then asks Huang to help him by smashing the other racers off the track, saying that is still fair to do this, as the other races have cars way better than his.

The player will need to grab a fast car to do this mission, Chan's Comet in front of the garage will do the job. Go wait for the racers near the starting line. At the start of the race, the street race champion loses control of his car and crashes against the wall, due to Huang's sabotage, making the player only need to worry about the three other competitors. The player will need to push the racer's vehicles off the road to allow Chan to reach the first place, a simple bump should be enough to make them lose control. The race has three laps, make sure that Chan crosses the finish line first to complete the mission. After the race is done, Chan happily comments how he won the race without even needing Huang's help, much to Huang's frustration.

The reward for completing this mission is $100. If the player is using the Nintendo DS or the iOS/Android version of the game, the missions Jackin' Chan and Stealing the Show are unlocked. However, if the player is using the PSP version, instead of Jackin' Chan, the mission Parking Pickle would be unlocked. The turf map is also now available in the PDA and many races will become available through the map.

"Chan's idea of fair play is, 'anything goes, so long as he wins'.

So, he got me to smash all the other drivers off the track at his street race. 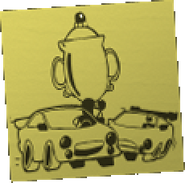 Whack The Racers
Add a photo to this gallery 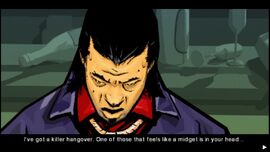 Huang arrives in Chan's garage and finds him with a hangover. 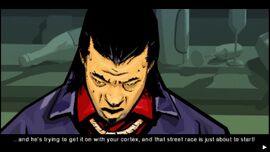 And the street race is about to start. 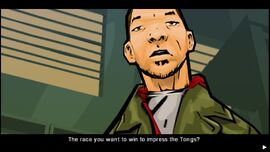 The street race he want to win to earn respect from the Tongs. 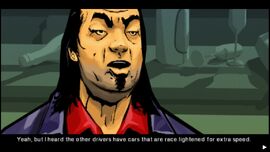 Chan says everyone in the race has cars that are race lightened to extra speed. 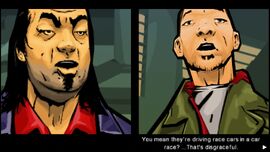 Huang being sarcastic, as always. 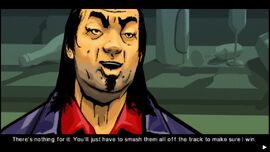 Chan asks Huang to help him win the race by hitting opponents' cars. 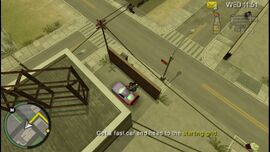 Huang needs a fast car for this mission. Chan's Comet can do the job. 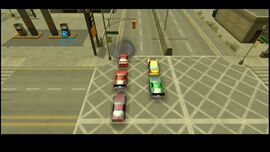 Huang arrives at the starting grid. Notice that the champion's car that Huang sabotaged is in the race. 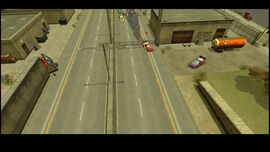 Then the race starts... 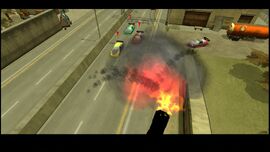 And the champion crashes into the wall and dies in a explosion. 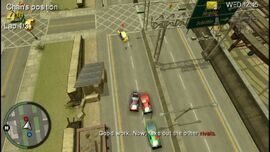 Now the player will need to push the racer's vehicles off the road to allow Chan to reach the first place. 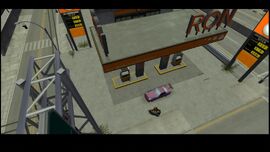 After winning the race, Huang meets Chan at the filling station. 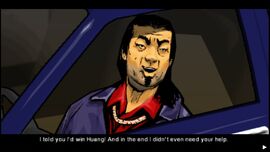 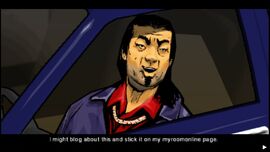 He says he might blog about the race in his My Room Online page. 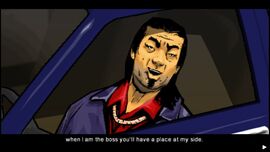 Chan says when he become the Triad boss, Huang will have a place at his side. 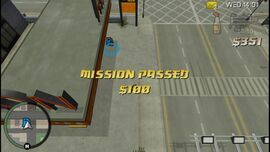 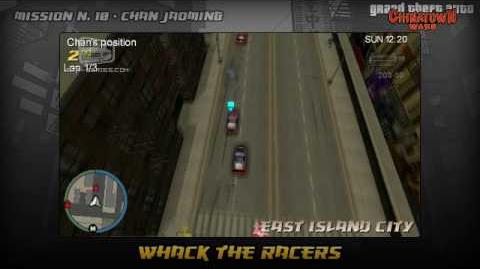 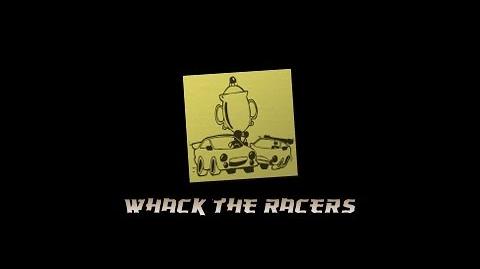 Retrieved from "https://gta.fandom.com/wiki/Whack_the_Racers?oldid=1320250"
Community content is available under CC-BY-SA unless otherwise noted.