Various
“You may hate us, but, I gotta tell ya, we hate ourselves more. And stop accusing us of being liberal! What a load of crap! This station is owned by Ammu-Nation! I mean, have you ever heard anyone complain about guns on this station? Hosts are getting shot by them all the time, but it just gets glossed over.”

In GTA San Andreas, WCTR is owned by Ammu-Nation.

This station can only be received in Los Santos County. If the player crosses the county line into Blaine County, the signal will be lost and the radio will automatically switch to Soulwax FM.

As the player progresses through the game's storyline, the segments played on WCTR will change. Thus, during one segment of the game, the player may only hear specific portions of programs not to be heard again as new segments are aired. This phenomenon is prominent with WCTR News, Entertaining America, and The Wild Traveler. Various intros, outros and comments delivered by Barbara Fox. Several characters from the main game make cameos in the radio programs and advertising.

Once the player progresses halfway through San Fierro, OG Loc is featured on Entertaining America until the player progresses through Las Venturas, where Cris Formage's interview replaces his. Big Smoke also appears as a person who is forced to serve community service and is spokesperson for the "little guy", and he himself speaks after the outro of one WCTR News broadcast. 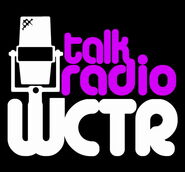