In the HD Universe, Weazel News is a massive news network with three news divisions including Weazel Sports. In GTA IV, Niko can visit the website, watch it on television, or most commonly, listen to it on the radio. Weazel News also operates a program known as The Weazel News Morning Show, most likely a parody of Fox & Friends. In GTA V, the main broadcasting building for the network can be found in Little Seoul and its corporate headquarters, based on the Fox Plaza, is located in Rockford Hills. Weazel News also owns their own set of custom Rumpo news vans.

The logo for Weazel Sports, found on the "Racer 6" livery for the Imponte Beater Dukes in Grand Theft Auto Online.

The news on the radio will update itself as the player progresses through the story.

The Ballad of Gay Tony features stories unique to Luis Fernando Lopez' storyline, but references events in the other plots as well.

Grand Theft Auto: Chinatown Wars features only one news segment from Weazel News during the credits of the game as part of the "Chinatown Wars (Remix)" song, making reference to some of Wade and Hsin’s missions and references to the final mission of the game.

In Grand Theft Auto Online, the player can watch a dedicated Weazel News channel constantly showing Police Maverick and cinematic footage of other random players in the Free Mode lobby, prioritizing those players with wanted levels. The channel is only available when other players are in the Free Mode lobby. 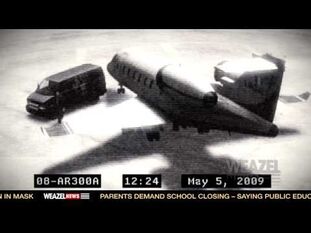 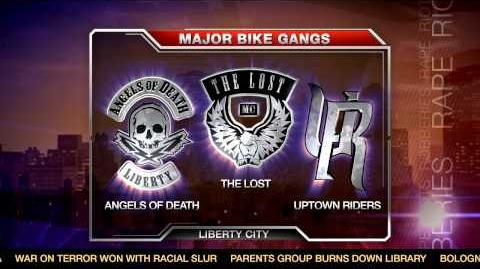