Autocide (with The Fastest Boat)

In-game time
“My compliments on a job well done Mr. Teal. My client was very pleased. I have more work for you with a more 'hands-on' approach. Your next job is taped under the phone...”
— Mr. Black

Waste The Wife is a mission in Grand Theft Auto: Vice City given to protagonist Tommy Vercetti by Mr. Black from a public phone booth in Vice Point, Vice City.

Mr. Black gets in contact once again with Tommy, thanking him for his earlier job well done. He then goes on to explain his next task, his employer wants his wife, Mrs. Dawson, dead. Tommy drives to the jewelry store in Vice Point, where he sees Dawson leaving and getting into her yellow Comet. Tommy destroys her car by ramming his car to it, to make it look like an accident, despite her attempts to escape after she realizes Tommy's intentions, completing the mission. 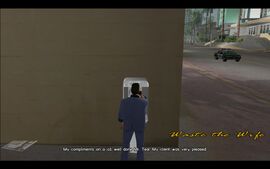 Tommy picks up the ringing payphone in Vice Point to hear Mr. Black congratulating him on doing his previous job really well. 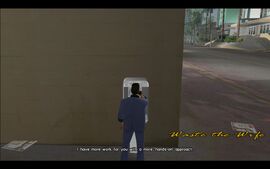 Mr. Black tells Tommy that he has more work for him. Just like last time, his objective is taped under the phone. 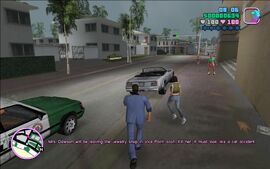 Tommy's next target is Mrs. Dawson. She will be leaving a jewelry store shortly and Tommy will have to kill her, but make her death seem like a traffic accident. 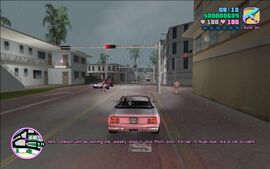 Tommy on his way to the jewelry store. 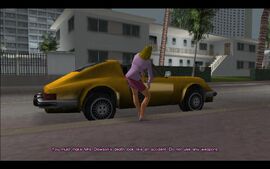 After a few minutes of waiting, Mrs. Dawson emerges from the store and gets into her yellow Comet. 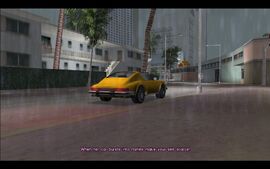 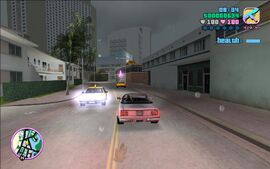 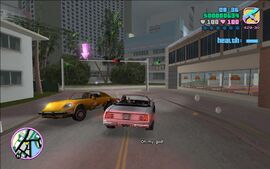 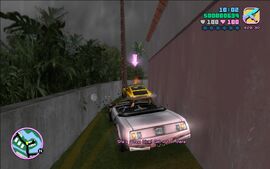 After enough damage has been dealt to the car, it sets on fire. Tommy then has to escape the crime scene before Mrs. Dawson and her car blow up. 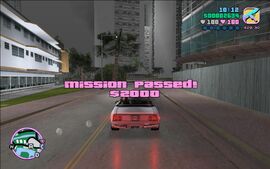