In-game time
“Nothing drives down real estate prices like a good old fashioned gang war, apart from an outbreak of plague... but that might be going too far in this case. I've noticed the Yakuza and the Colombians are far from friends. Let's capitalise on this business opportunity. I want you to kill the Yakuza Waka-gashira, Kenji Kasen. Kenji is attending a meeting at the top of the multi-story carpark in Newport. Get a Cartel gangcar and eliminate him! The Yakuza must blame the Cartel for this declaration of war.”
— Donald Love

Waka-Gashira Wipeout! is a mission in Grand Theft Auto III given to protagonist Claude by media tycoon and businessman Donald Love from the Love Media building in the Bedford Point district of Staunton Island, Liberty City.

Donald Love wants to develop more properties in Liberty City. To achieve his goals, he asks Claude to instigate a war between the Yakuza and the Colombian Cartel, feeling that an open gang war between those two rival gangs would drive down property prices.

Claude is tasked to get a Cartel Cruiser and kill the co-leader of the Yakuza, Kenji Kasen. Claude drives to the car park in Newport, runs over Kenji, and escapes.

The reward for completing the mission is $30,000. The mission A Drop in the Ocean is unlocked. 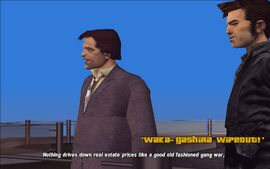 Claude arrives at the Love Media Building in Bedford Point to visit Donald Love, who welcomes him and immediately talks about how gang wars can lower real estate prices. 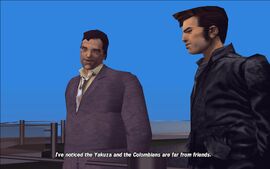 Love follows his statement up by saying that he noticed the building animosity between the Colombian Cartel and the Yakuza. 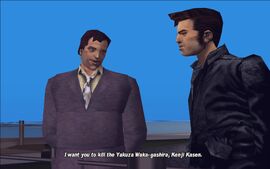 Love wants this rivalry to become a full-scale war to lower real estate prices and to allow Love to expand his business ventures. To reach his goals, Love hires Claude to kill the Yakuza Waka-Gashira, Kenji Kasen 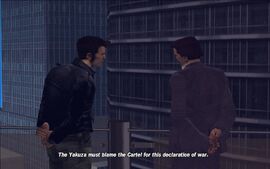 Love informs Claude that Kenji is having a meeting with his associates in the Newport Multistory Car Park. Love orders Claude to steal a Colombian Cartel gang car to make it seem as if the Cartel is responsible for the hit. 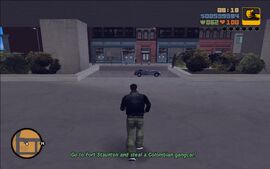 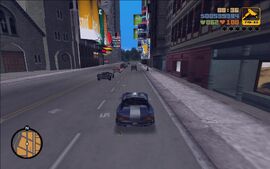 Claude making his way to Newport to steal a Cartel gang car. 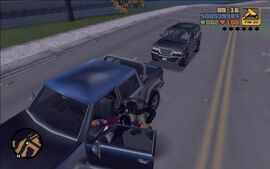 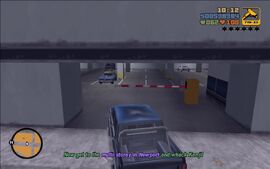 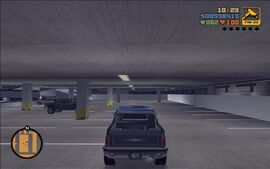 Claude on his way to the top floor where Kenji is having his meeting. 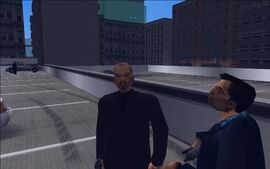 Kenji and an unknown associate at the meeting. 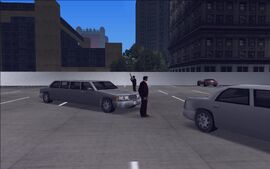 Kenji's protection made up of several well-armed Yakuza mobsters. 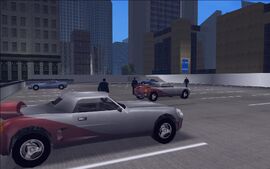 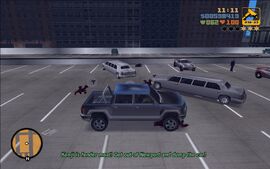 After clearing out several of Kenji's bodyguards who were trying to stop him, Claude performs a drive-by on Kenji, killing him. 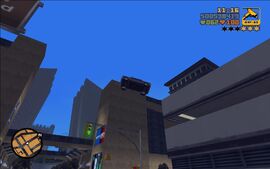 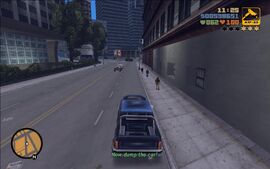 After escaping from the car park, Claude is instructed to leave the car. 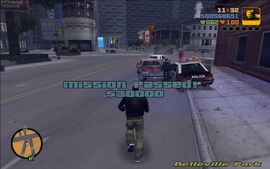 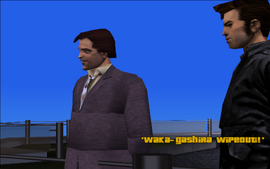