Standard White - 100%
“The Voltic was the first highway-capable, all-electric sports car on the market in the United States. Boasts a battery life shorter than your iFruit phone so that you can still call a cab home when you grind to a halt in the middle of nowhere.”
— Legendary Motorsport description.

“I can’t imagine what it would be like to have a midlife crisis or to want for female attention but, if I did, I wouldn’t think twice about investing a small percentage of my future earnings to secure a sports car like this. Many of you are probably thinking that owning a Voltic is an impossible dream but I’m here to tell you that, with some creative collateral in place, I can make that dream come true with NO credit check. Drive it home today with ZERO down!”
— Simeon Yetarian

The Voltic is inspired by the 2008-2012 Tesla Roadster and Lotus Elise, with some styling elements from the Hennessey Venom GT. The headlights somehow resembles the ones from the Rinspeed sQuba, an amphibious car based on the Lotus Elise. The main body line and rear face arrangement resembles the Series 2 Lotus Exige, while the wheel rims appear to be inspired by those found on the Lotus Exige S.

The Voltic is depicted as a lightweight, compact roadster with a relatively short wheelbase, where it has a low front end with a fairly tall front face, featuring three bumper grilles; the central grille spanning two-thirds of the bumper width and then a smaller one on either side. The headlights are totally ovular and finished in black, housing two circular lamps and a small turn signal on the upper side. The hood/bonnet features two large, curved-edge intakes placed in the middle, while the manufacturer emblem is located right in front of it.

The sides of the car are very curvy, where the main body line curves downwards between the two arches, but curves upwards for either arch, more so for the rear arch. The main lines that form the edge of the side intakes for the car are also curved, while the intake just in front of the rear wheel arch features a CFRP insert. The greenhouse shrinks in width towards the rear of the car, using black framings for the windows and two mirror shells on either door. Just behind the cabin, there is a flat section with two black vents.

The rear end of this car features rear lighting made up of two circular lamps on either side of a central section, while silver lettering displaying the manufacturer name is seen between the lights. The lower area of the rear bumper has a plastic insert with a small exit vent, along with the corresponding license plate above.

The interior of the car in the enhanced version reuses the same components as the "Super GT" interior found on cars like the 9F and the F620. However, being an all-electric vehicle, it replaces the standard tachometer with a dial displaying "KW" (kilowatts) and a different scaling.

The Voltic may spawn with an open top, a solid roof or a carbon-fiber one. It can be painted with a primary color for the body and the interior stitching, as well as a secondary color for the hood. The wheels featured on this car are a derivative of the "FiftyNine" sport wheels available in Los Santos Customs, but the spokes are curved towards the outer side and slightly larger. 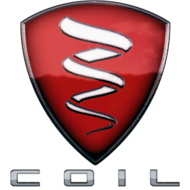 Relative to other cars in its class, the Voltic performs poorly, barring its incredibly quick and responsive acceleration. Since it is an electric vehicle, the Voltic has a specially-tuned single-speed transmission that directly drives the rear wheels. This results in the vehicle having a very quick throttle response and can also go just as fast in reverse as it can forwards. Its powerful electric motor provides sufficient torque for the vehicle to climb steep hills with ease, and acceleration in this vehicle is easily one of the best in the game, tied with the Rapid GT sports car and beaten only by the Cyclone in terms of normal vehicles.

However, what holds the Voltic back is its dismal top speed. Fully upgraded, it tops out at 106 mph, slower than every other supercar, and most sports cars. Handling is sharp and responsive, thanks to its very light design and low profile, but its short wheelbase often leads to loss of control, especially at high speeds. Also, its light weight and short wheelbase makes it very easy to get pushed off the road by other heavier cars.

The vehicle's durability is mediocre, as its body panels are very easily deformable and detachable from collisions. The wheels also have a tendency to camber and lock-up easily. As an electric-powered vehicle, it will not explode if it catches fire, though the battery will be destroyed and render the vehicle unusable. It can still be destroyed by gunfire, heavy damage, or explosions.

Due to it being an electric-powered vehicle, there is very little to no noise coming from the engine, even at high speeds or revving the motor with the handbrake on. In fact, it only makes an audible whine if the vehicle is moving, and is clearly heard when driven with the radio turned off and/or in a quieter area.

A 360° view of the Voltic on the GTA V Official Website. 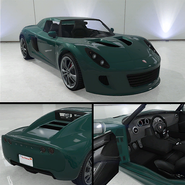 The Voltic on Legendary Motorsport. 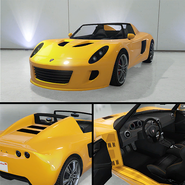 The Voltic (Topless) on Legendary Motorsport.

The Topless Voltic on the Rockstar Games Social Club.

The Hardtop Voltic on the Rockstar Games Social Club.

The Topless Voltic on the updated Rockstar Games Social Club.

The Topless Voltic in a Cinematic preview on Rockstar Games Social Club.

The Voltic on the updated Rockstar Games Social Club.

The Voltic in a Cinematic preview on Rockstar Games Social Club.

Pre-modified variants of the Voltic can be seen driving around Vinewood randomly. It mainly appears in a green body color with a yellow pearlescent color and pink-colored rims. It also features pre-installed modifications and sport suspension.

Like the randomly spawning modified Voltics, two sets of Voltics may spawn outside Los Santos Customs, pre-modified with the same features as the previous variant. They spawn in both Grand Theft Auto V and Grand Theft Auto Online, only with a slight change in the spawn point (the one in single-player is located close to the LSC garage entrance). 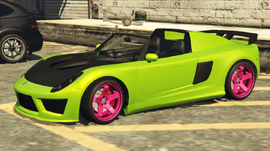 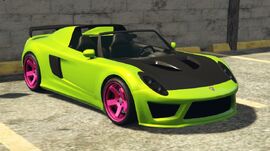 The Voltic is part of the vehiclemodelset "LS_CUSTOMS_MODDED_SP". This allows heavily modified Voltics, among many other modified cars to spawn outside Los Santos Customs, as well at other locations. They only spawn in GTA V.