Vladivostok FM is a radio station featured in Grand Theft Auto IV and Episodes from Liberty City that plays Eastern European music of all genres.

The station is hosted by Ruslana Lyzhychko (DJ Paul in TBoGT) and is named after the Russian city of Vladivostok.

In The Balled of Gay Tony, the new playlist can be heard inside Bahama Mamas nightclub, but at the beginning of the radio track, the first advert announces that the radio is "direct from Hove Beach". When Grand Theft Auto IV is updated by the downloadable version of The Ballad of Gay Tony, the station alternates between a program of World Beat/Eastern European pop music and one of western European dance music. Vladivostok FM is based on WNYZ-LP in New York City. In 2007, WNYZ-LP transitioned from a Russian Top 40 program to a dance music station named Pulse 87, similar to how Vladivostok changed from playing purely Russian music to European World music.

It is one of the preferred stations of Niko Bellic, Roman Bellic, Michelle, Oleg Minkov, Dimitri Rascalov, Vladimir Glebov, and Mikhail Faustin.

According to the soundtrack disc of the station and an interview with Ruslana, the following songs were meant to appear, but were cut for reasons unknown:

Rockstar confirmed through the Kotaku website that some songs were going to be removed from Grand Theft Auto IV due to licensing restrictions, in particular a large portion of Vladivostok FM. However, they would be replacing some of the songs with a new set of songs. The removal of them occured on April 26, 2018[4]. However, physical copies of the PlayStation 3 and the Xbox 360 versions are unaffected and have not been patched.

Posters[5] can be seen exclusively in The Ballad of Gay Tony. 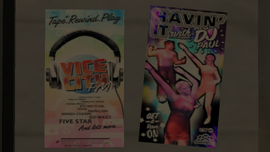 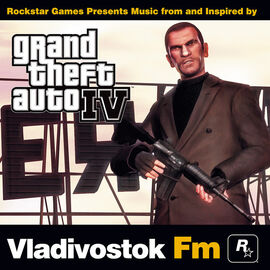