GTA Wiki
Register
Don't have an account?
Sign In
Advertisement
in: Characters, Characters in The Ballad of Gay Tony, Deceased characters
English

View source
For others with the same name, see Victor.

Vic: "You put your cock in my woman's mouth and you think it's cool? Asshole."
Luis: "Hey."
―Vic Manzano to Luis Fernando Lopez.

Victor "Vic" Manzano is a character in the Grand Theft Auto series, appearing as a minor character in The Ballad of Gay Tony.

Manzano is the owner of Bahama Mamas, a popular nightclub in Liberty City. The LCPD and LVPD both wanted him for illegal activities in both Liberty City and Las Venturas.

In 2008, while he is supposed to be in Las Venturas, Vic catches his girlfriend Monique giving oral sex to Luis Lopez in his own nightclub when he decided to stay in Liberty City. Enraged, he beats Monique and points his gun at Luis, only to get killed by him. 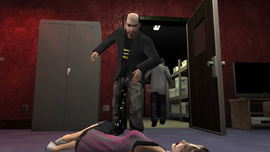 Vic spits on Monique for cheating on him with Luis Lopez. 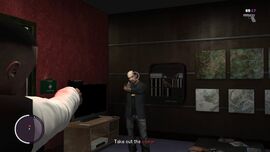 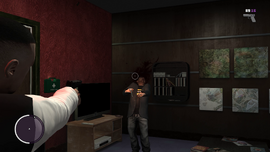 Vic gets shot by Luis.