Vendors in GTA San Andreas are generally grouped into four forms, three of which are depicted in the form of stalls (including a chilli dogs stand, a Cherry Poppers ice cream stand, and a Noodle Exchange noodle stand), while one (a hot dog business) is based in a drivable van. Most are situated in tourist sites in the State of San Andreas, such as landmarks, special events (i.e. stadiums), or in the countryside/desert regions. Vendors may also be spotted by a red halo where CJ must stand on to purchase food.

Like vending machines, vendors are not marked on the map as restaurants do; they refill roughly 50% of the player's base health when used, keeps the player full for three days before they go hungry again, and costs $1 per use. In addition, the player is not able to repurchase another item from the same vendor unless the player moves away from the vendor at a minimal distance and return or until after a period of 30 seconds. Vendors are never seen preparing food and beverages for the player but standing behind the stand doing nothing. There is a glitch in the game where they randomly attack the first person they see, whether that is CJ or a pedestrian, but they only do this if the player uses cheat codes through out the game and even then they still might not do it. It is unknown if they do this on any other system besides the Playstation 2.

If the player destroys vendor's stall with the car, the owner will attack the player briefly before he stops.

Vendors are located throughout the city, selling hamburgers, hot dogs (Chihuahua Hotdogs), and nuts (The Nut House) which can be purchased to replenish Niko's health. There are also newspaper stands which sell Sprunk soda. Each food item purchased from a street vendor is $5 for hotdogs and nuts, while beverages and hamburgers purchased at news stands are $1. Hamburger stands have a small gas tank on the side of the cart that will explode if shot or rammed with a vehicle. Hotdog vendors with the green and yellow umbrellas have these too, but are inside a small opening in the cart and are best exploited using a vehicle. The hotdog carts with red and yellow umbrellas, as well as nut vendors, have no gas tank.

The vendors themselves are typically random in appearance, but are categorized into three groups. The first group, usually found in Broker, Dukes, somewhat in Algonquin and Happiness Island, consists of jolly old and slightly beefy Caucasians who are kind and thank you for your business. The second group, common in Algonquin and Alderney, are slim individuals with Middle Eastern accents who are similarly well-mannered. The third group, also in Algonquin and Alderney consist of people of oriental heritage that utter both English and Cantonese, and are usually rude, mean and always demand money. These differences have no effect on the sale of the product. All vendors are willing to fight any customer who is unruly. The food and beverages sold by the vendors are of unlimited quantity.

Newspaper stands, along with magazines and newspapers, will also sell chips, Sprunk, ECola, Raine water, Orange Tang soda, Candy bars, and cigarettes. Some newspaper vendors are nice polite people and some demand the player to buy something. When the player buys something from a newspaper stand, they go down to open the fridge to get a unique bottle of Sprunk. This style of the soda is in a bottle and not, originally, in a can.

To attract customers, the hotdog vendors may shout things like: "My sausage is the best", "Eat my hotdog", "Taste my meat", or "Who wants to eat my wiener?" which are all part of the regular sexual humour of Rockstar. The nuts vendors usually have phrases such as "If you're nuts" written in their carts, a pun referring to both the nuts the vendors sell and “nuts” being a slang term meaning “crazy”.

Niko was originally able to purchase ice cream from the vendors, judging by their audio files.

In Grand Theft Auto: Chinatown Wars, hotdog vendors and nut vendors appear throughout Liberty City. Huang Lee can pay $5 for a hotdog or $3 for a bag of nuts to have half of their health replenished. If the player rams a vendor stand with a car or shoots it then it will explode. If shot, a small jet of flame will appear out of a corner of the vendor stand and will remain for a few seconds until the stand explodes, while ramming the stand with a vehicle will result in an immediate explosion. This explosion is very weak and is usually incapable of destroying anything. However, if a police car rams into it during a police chase, then they will be imminently knocked out. 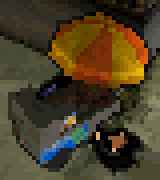 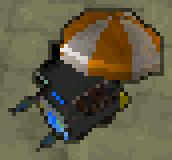 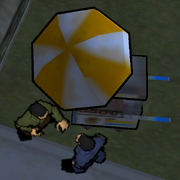 Food vendor carts once again appear in Grand Theft Auto V, but neither Michael, Franklin or Trevor can use them. Nearly all of the carts are abandoned and unusable. Many carts are seen on the Del Perro Pier.

The business operate out of stationary Hotdog vans found around the State of San Andreas, normally in service areas and car parks in the countryside.

The business has vendors in San Fierro and Las Venturas.

Vendors can be found all around the State of San Andreas.

Noodle Exchange vendors can be found only in San Fierro and Las Venturas.

Hot dog and newspaper vendors are most prominent in Star Junction, being on nearly every corner. Nut vendors can be found most frequently in Middle Park, while hamburger vendors are few and far between and are most commonly found in Broker and Dukes. A street vendor will make their presence known by shouting various sales pitches.