In-game time
“Alright, we're gonna hit the pay role van. It leaves the edge of China Town everyday. Bullets won't even dent the van's armor, so get a car and ram it off the road. Now hit it hard and the punk ass security guards should bail. Then take it to the warehouse at the docks and my guys are gonna take over from there. Now it won't be doin' it's rounds all day, so don't hang around.”
— Joey Leone

Van Heist is a mission in Grand Theft Auto III, given to protagonist Claude by Joey Leone from his garage in the Trenton area of Portland, Liberty City.

Claude goes to Joey's garage in Trenton and Joey explains that they are planning to hit a Securicar pay role van. Joey instructs Claude to find a vehicle and ram the van until the driver bails out. Joey then instructs Claude to take the van to a warehouse in Portland Harbor, where some accomplices will get to the cash. When the mission begins, the Securicar is on the move on the edge of Chinatown.

The first objective is to damage the Securicar (indicated by a Damage meter) to the point where its occupants must bail out, as the van's door are locked. Because this particular Securicar is bulletproof, the player must ram the vehicle continuously until the damage meter is full; large and heavy vehicles such as the Bus, Coach or Linerunner are particularly useful damaging the Securicar quickly and pinning down the van when necessary. Upon ramming the Securicar for the first time, the van will begin to flee. In addition, the player accumulates a minimum of two stars by only hitting the vehicle twice.

The reward for completing the mission is $20,000 and the unlocking of two missions: Cipriani's Chauffeur for Joey Leone and Turismo for El Burro. In addition, the garage used to stash the Securicar in "Van Heist" may receive additional Securicars thereafter (even directly from the Import/Export garage), with payouts for every additional Securicar delivered decreased by $500 until the player may no longer receive any more money. Total: 10 Securicars. 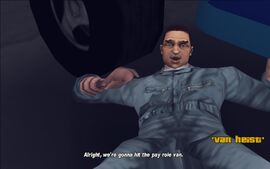 Claude arrives at Joey's Garage and once again finds him fixing a blue BF Injection. Joey tells Claude that he is planning to steal a Securicar while one is driving through Portland. 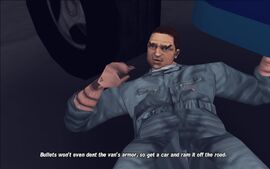 Joey says that the van is bulletproof and that it cannot be damaged by bullets. 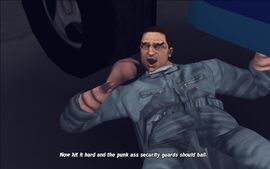 But Joey also says that a few good hits to it from another vehicle should scare the drivers out of the van. 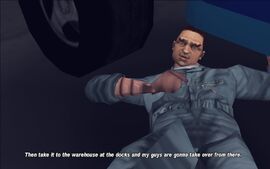 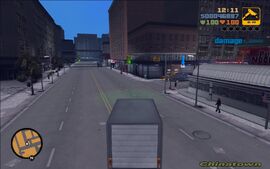 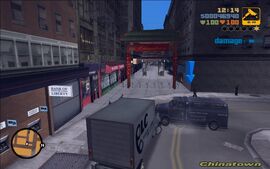 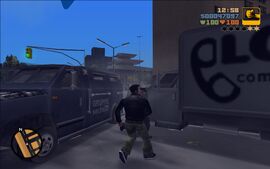 After the Securicar was rammed a few times, the drivers are scared off and Claude steals the truck. 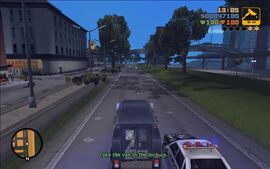 Claude is instructed to take the truck to Joey's lock-up in the Portland Harbor. 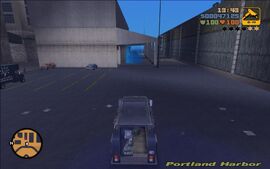 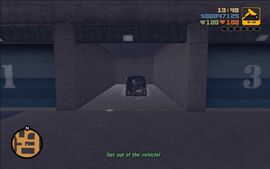 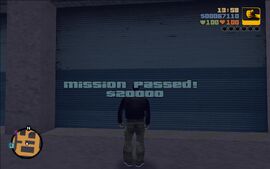 Joey tells Claude that the van won't be driving forever.

Parking the van in the garage