The Valentine's Day Massacre is a content update for Grand Theft Auto Online and Grand Theft Auto V, being the first of 2014 and the second major content update since the Beach Bum content pack. It was made available for free on February 13, 2014, the day before Valentine's Day, as part of Patch 1.10.[1] It was indefinitely re-released for the PlayStation 3 and Xbox 360, and as GTA Online: Be My Valentine for the PlayStation 4, Xbox One, and PC with additional content on February 10, 2016.[2]

Unlike the first Beach Bum content update, the items were no longer free and could only be bought with in-game money. The ability to purchase the items in GTA Online ended on the 3rd of March, yet players who obtained them throughout February got to keep the items for good, even after the content update expired.

Multiple Valentine-themed jobs have been added. Among these are: 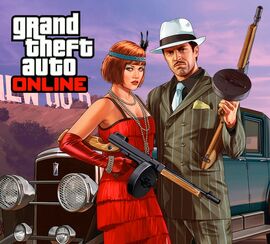 Artwork for the update.

Official GIF image displaying some of the features. 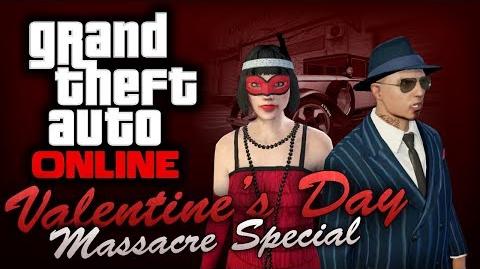