View source
watch 02:59
Metroid Dread - The Loop
Do you like this video?
Play Sound
For the character, see V.I.P. (character).

Giving a ride to the VIP

Doris: "Ok, we got a high class fare needs picking up from Starfish island - any takers?"
Tommy Vercetti: "Tommy here, I'll take it!"
—Tommy Vercetti is asked to pick-up a V.I.P. customer.

V.I.P. is a mission in Grand Theft Auto: Vice City given to the protagonist Tommy Vercetti by dispatcher Doris from Kaufman Cabs in Little Havana, Vice City. It is unlocked after the purchase of Kaufman Cabs.

Doris states that a V.I.P. customer has asked for a ride to Escobar International Airport from his mansion in Starfish Island, so Tommy manages to approach there in the Kaufman Cab. Upon arriving, Tommy finds that a VC Cabs driver wants to take over the business, while the V.I.P. getting into the rival's taxi. He even stops the VC Cabs driver by crashing at him repeatedly, and the V.I.P. gets into the Kaufman Cab. Tommy then sends him to the airport.

Once the player gets in the cab that starts the mission, they will be told that they have one minute to get to Starfish Island and pick up a V.I.P. customer to take him to the airport. Make a quick drive to his mansion, (but try not to damage the cab since the player will need it in a good state for later). Park on the purple marker and sound the horn once the player arrives.

The V.I.P. will get out of his house, but suddenly, a driver from Vice City Cabs will arrive and steal the player's fare; now they have to get it back! Here there are two choices on how to do this, those are:

In the first method, the player will have to ram and drive-by the other cab until the V.I.P. gets scared and changes taxis; now the player has to take a drive to the airport, since the other driver will attack the player in an attempt to get the passenger back. The player must then make it to the airport and drop off the V.I.P.

The other choice is to kill the VC Cabs driver immediately: as soon as the VC Cab steals the player's fare, get out of the cab, pull out an assault rifle and shoot at the VC Cab's tires so it crashes; once the VC Cabs driver crashes, hurry to the cab and kill the driver, then the V.I.P. will get out. The player can then return to their cab and pick him up, drive him to the airport at their own pace, then drop him off.

It's also highly suggested that the player do not complete the 100 taxi fare side mission before this one as the player will gain the "Boosted Jump" ability If he does. Since the L3 button (PlayStation 2) activates this feature, during tight turns, the player may accidentally activate this and send themselves flying if the "chase method" is used. This makes the mission very hard to complete since Kaufman Cab by itself is much harder to turn than the Taxi Cab.

If the player chooses to use the chase method, they should try and intercept the fare before the left turn to the airport in front of the Cherry Popper Ice Cream Factory. A PIT maneuver here especially will force the fare onto the opposite side of the road: due to the AI, the VC Cabs driver will try to get back on the right side of the street; since the street is blocked off by palm trees, the player should have no trouble forcing the fare out of the Taxi Cab.

After dropping off the passenger in the airport, the mission is complete.

The reward for completing this mission is $1,000 and the mission Friendly Rivalry is unlocked.

Tommy Vercetti driving his Kaufman Cabs taxi with the VIP passenger whilst the rival Vice City Cabs taxi explodes in the background.

The VIP passenger entering the terminal at Escobar International Airport. 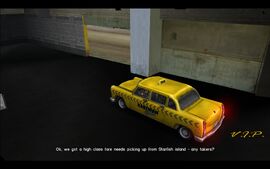 Tommy gets into the cabbie parked in the depot and hears Doris on the radio. She says that there's a V.I.P who called for a taxi in Starfish Island and asks if anyone can pick him up. 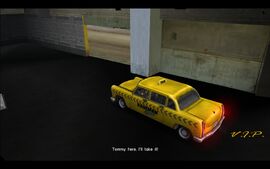 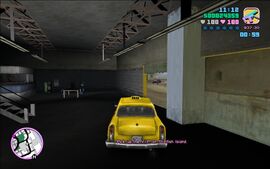 Tommy has an hour to drive to Starfish Island and pick up the V.I.P. 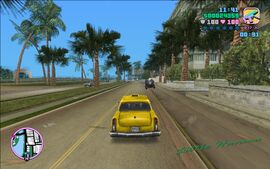 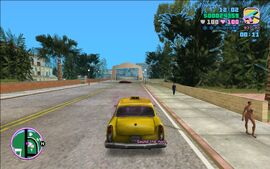 After arriving, Tommy has to sound the horn to make the V.I.P come out. 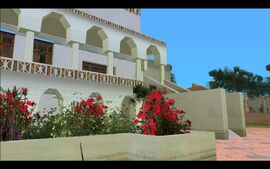 After Tommy sounds the horn, the VIP starts walking to the taxi. 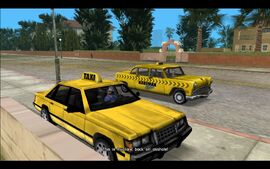 As the V.I.P is walking towards the taxi, a VC Cabs taxi speeds down and stops in front of Tommy, telling him to back off. 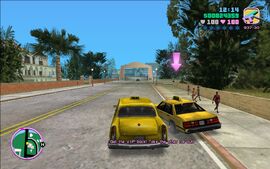 Tommy has to take back the V.I.P before he arrives at the airport. 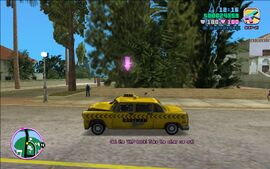 Tommy performing a drive-by on the rival taxi to make the V.I.P come out. 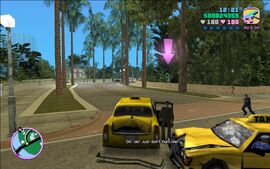 After enough damage has been dealt to the taxi, the V.I.P jumps out and gets into Tommy's cabbie asking him to just now hurt him. 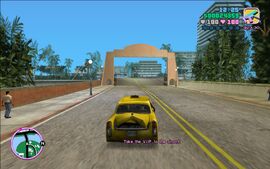 After getting the V.I.P back, Tommy has to drive him to the airport. 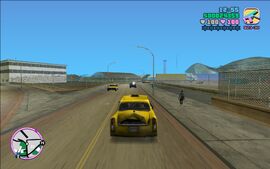 Tommy speeding to the airport. 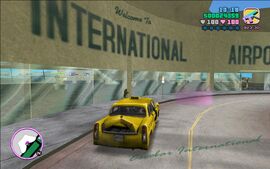 Tommy and the V.I.P arriving at the airport. 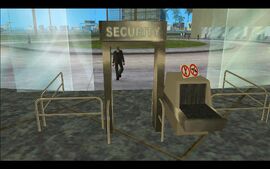 The V.I.P walking into the airport. 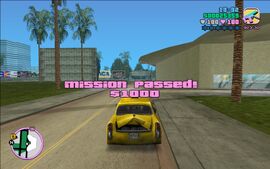 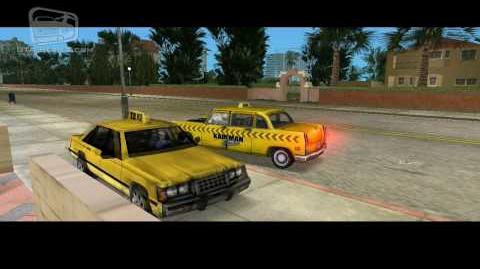 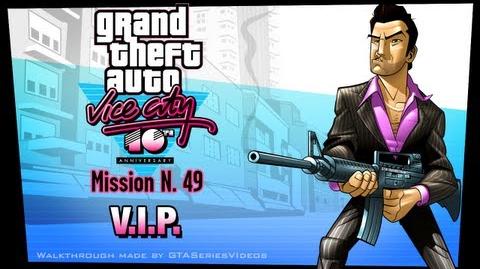