In-game time
“We're going for a lickkle ride into Hepburn Heights, kill me some filthy Diablo boo-boos been badding it up me lady Queen Lizzy. You do the driving and shooting. We'll make sure you don't get cold feet. Here, you'll need a 'piece'.”
— Yardie

Two Yardies show up in a Perennial after Claude receives a phone call by King Courtney. They want Claude to drive to Hepburn Heights to whack some Diablos who have been insulting Queen Lizzy. Claude has to stay in the car or else the Yardies will think he is bailing out on them and will attack him. Claude has to kill at least ten Diablo gang members, either by doing a drive-by or running them over. After that Claude drives back to the Yardies turf and drops the Yardies off.

It is best to simply run over the Diablos in this mission rather than doing drive by shootings. There is a Pay 'n' Spray in the Red Light District that can be used to repair the Perennial as well as erase any Wanted Level given by running over pedestrians.

The reward for completing the mission is $10,000 and the mission Gangcar Round-up is unlocked.

The Diablos become hostile towards Claude. 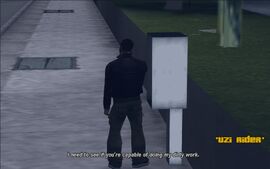 Claude picks up the ringing payphone in Aspatria and is welcomed by King Courtney. Courtney tells Claude that he wants to see whether he can really get the dirty jobs done. 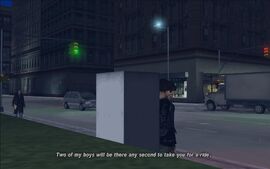 Courtney tells Claude that two of his men will come and pick Claude up. 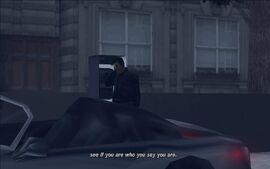 Courtney tells Claude that this test will tell him whether Claude is the man he claims to be. 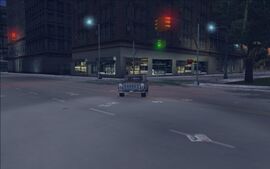 Courtney's men driving up to collect Claude in a Perennial. 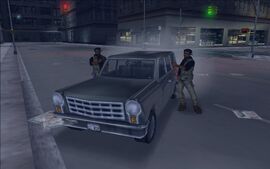 Courtney's men getting out of their vehicle. 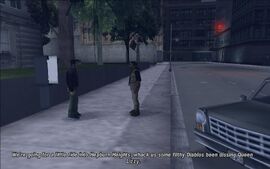 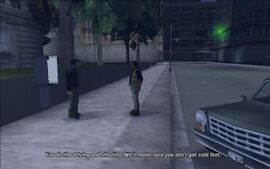 The Yardie talking to Claude tells Claude that he'll do the driving and the shooting while the Yardies will watch over him and cover him if needed, before handing Claude a gun. 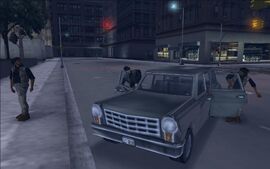 Claude getting into the Yardie Perennial. 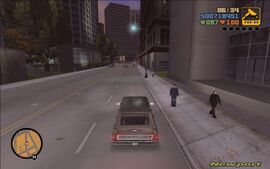 Claude and the Yardies on their way to Hepburn Heights in Portland. 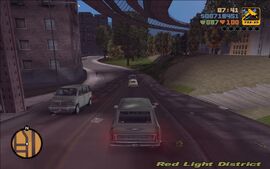 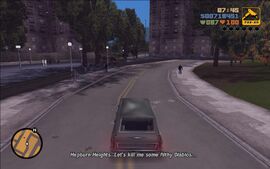 After they arrive, one of the Yardies tells Claude to perform a drive-by on the Diablo thugs roaming the streets. 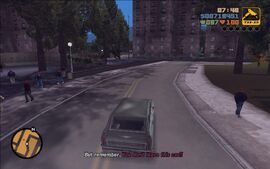 Before Claude starts, the Yardie reminds Claude to stay in the car at all costs. 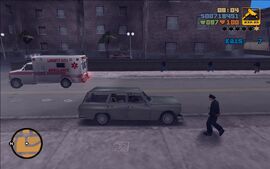 Claude mowing down Diablo thugs in the streets of Hepburn Heights. 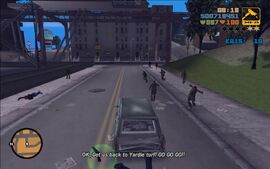 After Claude has killed enough Diablos, the Yardies tell him to take them back to Staunton Island. 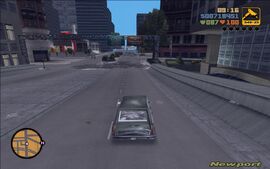 Claude and the Yardies arriving back at the Staunton Island. 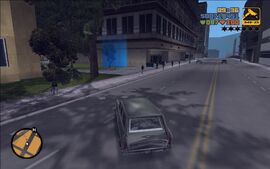 Claude dropping the Yardies off at Newport. 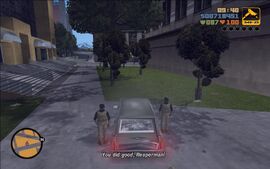 Yardies tell Claude that he has done good before heading off. 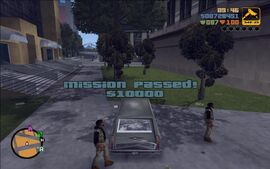