In-game time
“I want you to show these punk ass bitches how a real drive-by works. Take these nines off of here!! Watch your back though, there'll be Jacks on the street who'll think you're trying to blast them too!”

Uzi Money is a mission in Grand Theft Auto III given to protagonist Claude by Red Jacks leader D-Ice from a public phone booth in the Wichita Gardens neighborhood of Shoreside Vale, Liberty City. 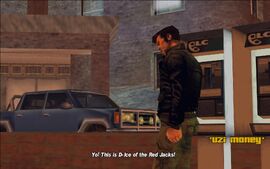 Claude picks up the ringing payphone in Wichita Gardens. The voice on the other side introduces himself as D-Ice, the leader of the Red Jacks. 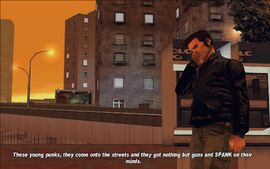 D-Ice tells Claude that another gang is disrespecting the Red Jacks and bringing a bad name on the streets that the Red Jacks roam on. D-Ice says that the gang members have nothing but guns and SPANK on their minds. 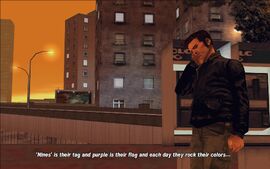 D-Ice informs Claude that the gang he is talking of is called the Purple Nines, a subsection of the Southside Hoods, just like D-Ice's Red Jacks. 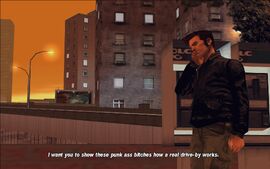 D-Ice hires Claude to perform a drive-by on the Purple Nines. 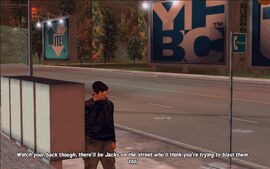 Before Claude goes, D-Ice reminds him to watch out, since the Red Jacks may think they're the ones getting shot at and may shoot at Claude. 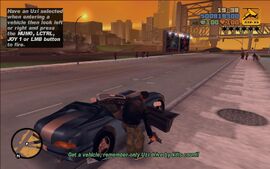 Claude getting into his vehicle. 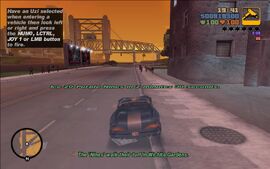 Claude is tasked with performing a drive-by shooting on 20 Purple Nines in 2 and a half hours. 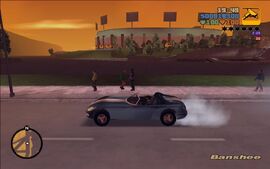 Claude, about to kill the first Purple Nine gangster. 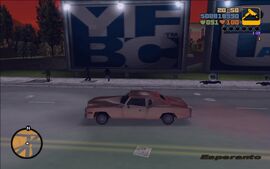 Claude, about to kill the twentieth Purple Nine gangster. 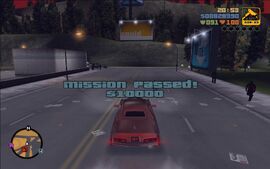 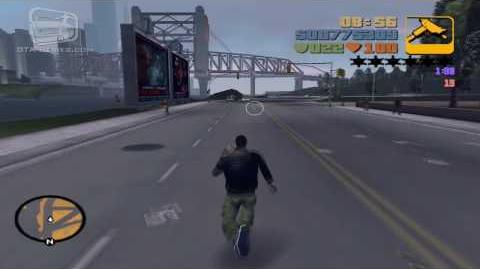 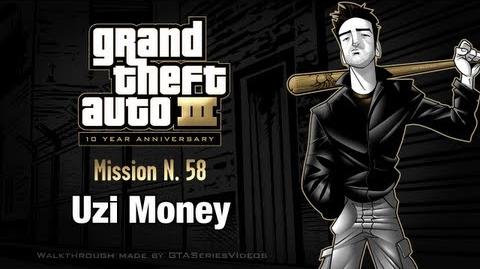