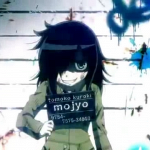 Hi, welcome to GTA Wiki! Thanks for your edit to the Prostitutes page.

Hi! That bot has been stopped -- it deleted a lot of pages that shouldn't have been deleted. I'm going through and restoring all of those pages now. I'm almost done -- just a little bit more to go. Sorry for the inconvenience! -- Danny (talk) 20:32, October 20, 2010 (UTC)

What do you think??

Hello Mr. Vercetti, sorry to bother you but im wonder if you like my story on what the plot of gta 5 should be

'It's 1995, Carl Johnson again has to escape the pressures of life in San Andreas, so instead of running back to Liberty City to steal cars and forget about the past, his destiny takes him to a city simular to his home, except worse, and most of all, corrupted. It used to be known as Vice City to the gangs that infest the place, and it was seemingly a hotspot for vacations, but after the mayor and just one too many pedestrians and hollywood stars were killed, it turned into a city runned by mafia gorrila's and cholo scum. Though Carl Johnson is severely aware of the habitat, he flys there himself in a hydra and when he lands at Escobar Internatiional Airport, he get's the very oppisite of a nice warmly welcome....To his suprise, Salvatore Leone himself was packing a heat seeking rocket launcher "since after there last talk didnt go so well" , and he was standing right in the middle of the landing strip. He shot once, but failed to hit for the fact Carl packed some countermeasures in his customly modified hydra. Taking no chances, Mr. Leone got the hell out of there speeding away in "his" mid-sized limo, which later turned out to be Avery Carrington's.

may be a couple of spelling errors..

Wait what?? Are you series??.... i was just trying to be nice and ask your opinion on my story, damn!! And you go and be a mean to me becuse i went to you to see if you like my story...and no you idiot i dont think your Tommy Vercetti, im not a damn 6 year old , i was just playing when i said Mr. Vercetti, just like if i was you and i saw "Major-hawke", i might say Mr. Hawke or somthing like that. And i didnt just go to you on my opinion on the story, i went to several people and i would of added up how many people liked or disliked the story. jeez.....thanks???...i guess??.... (so much for a "nice community" (according to wikia staff).

Alright, I see how you are..thats fine...if you dont like Grand Theft Auto then why do you come here and edit stuff??.....and you sure do cuss alot! I'll remember this though...huh..... but do know this community is suppose to be friendly and btw, although i do not like your grumpy personallity, i do like that you keep the rude tone at a slight minimum, next time someone asks you there opinion on a story or something you should likely go with saying WHAT YOU THINK ABOUT IT or ignoring it or being MORE POLITE and say something like "why did you come to me for this story??"...Thank you.

11?? No, im 26 thank you..if i was 11 my mom likely wouldnt be letting me go to gta-related websites thank you... im really getting sick of having a pointless discussion with you, since the community has gotten smaller "since the original site has left" were gonna have to get along sooner or later. Look, let's stop this here, you obviously can't take someone being friendly to you, you dont like gta even though you come here and edit articles, whatever, do what you want..i'll remember not to go to you if i want a friendly opinion on something, and just a fyi, if i was 11, i wouldnt type like this (since most kids in the 21st century are obsesesed with rap music and talk like ghetto punks, "just most of them, just in case you have a kid and find that offending in some way"(?)"). Let's leave it at that, can we now start talking about article editing-related stuff?? Majorhawke 23:20, October 26, 2010 (UTC)

Retrieved from "https://gta.fandom.com/wiki/User_talk:Tommy-Vercetti?oldid=321573"
Community content is available under CC-BY-SA unless otherwise noted.