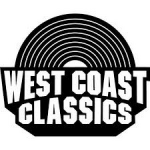 Oh, instead of allowing me to correct my mistakes you simply have someone remove my shit, if this wiki works this way it I'm gonna leave it for now...

Dude, he should be blocked because his attitude sucks, he's not being civil to you and didn't give you some respect that you deserve from every users here. Cloudkit01 (talk) 23:44, January 24, 2014 (UTC)

I took the picture from my own snapmatic feature, I don't see the problem, or is it because I'm Dutch?

The quotes at the top of articles shouldn't have any links in them, so if you see any that do remove them. Also, I don't think I congratulated you on your promotion - well done mate, you deserve it. Tom Talk 00:12, January 26, 2014 (UTC)

Hey Thomas. I've noticed two pages on this wiki that are misspelled. The first is the page about Jackhammer Street, which is misspelled as "Jackhamer Street". The second page is one about a store called "Jugueties Regalos". The store is really called "Juguetes Regalos", which would translate to "Toys Gifts" in Spanish. Jugueties isn't a word in Spanish. Since you have admin capabilities, could you please look over those pages and see if they need renaming? Thanks in advance. RageQuit (talk) 01:28, January 28, 2014 (UTC)

Thanks for the vote and the wiki pages you commented on the promotion page. I clearly understand how the Image Policy works now! Smashbro8 (talk) 22:22, January 31, 2014 (UTC)Smashbro8

Hey Thomas0802! Smashbro8 here! Carl Johnson Jr. has made a request for promotion on the Requests for Promotion page! Thanks! Smashbro8 (talk) 18:56, February 1, 2014 (UTC)Smashbro8

Hello, Tom told me to inform other staff members of my request to be promoted to Patroller. Please vote on here. Thanks! Carl Johnson Jr. (talk) 18:34, February 5, 2014 (UTC)

Hello, Thomas. I'm planning on adding much more articles about the GTA Online races and I feel that there needs to be a consistent layout for the race articles, just like missions. I want to make a new Infobox for this reason, but the thing is, I don't know how to. I just need an Infobox that has something like this design. I'd appreciate it if you help me make it. Thanks! Carl Johnson Jr. (talk) 04:10, February 6, 2014 (UTC)

Bravo-Delta, we got an act of vandalism commited by a vandal, over.

Thanks for the warm welcome, Thomas. I don't need any help with the wiki for now, but something I read here (And now changed after it proved fake) cost me my Titan. Then again, I can always steal a new one.

I understand. I did not know about the image policy before uploading a few images. Can you tell me which images don't follow the policy and I will edit them. -spaz926 05:41, February 8, 2014 (UTC)

Hey Thomas0802! I just noticed there's no page on the fairground in Vice Point, Vice City in GTA Vice City Stories. Should I make a page about it? Let me know what you think! Thanks!

Hey Thomas0802! Can you merge Discount Store with the Checkout! page? Thanks!

Re: Re: GTA Online Races

Hey Thomas0802! Did you receive The Business Update yet? I haven't seen it available yet!

I think the Richards Majestic Apartment is the best for you!

i'm on my way to disappear again.

User: Member 69 should be blocked

He copied info from your user page and pasted it onto his user page, including the Administrator template which is forbidden. Also, I don't know if you realised, but he modified my earlier messages that I sent you ("He's a real life hero" was supposed to be "He's stalking me"). Dodo8 Talk 17:17, March 11, 2014 (UTC)

Not only that, but he also tried impersonating User: Smashbro8 by copying his signature. He was trying to make himself look innocent by making it look like Smashbro made the message. He definitely needs to be punished. Carl Johnson Jr. (talk) 19:21, March 11, 2014 (UTC)

I made that GTA IV Mission Path by myself, checked every GTA IV missions page about the "unlocks" and "unlocked by" in this wikia, and then double check it by the game. Gibea (talk) 02:53, March 13, 2014 (UTC)

I think all on one page is better, maybe with more detailed sections for each apartment including galleries if possible. Tom Talk 15:34, March 16, 2014 (UTC)

Great stuff. I don't really play Online anymore, I think I had an apartment near Michael's house, I don't remember exactly. I didn't spend much time there, I usually just ran around killing my mates. Tom Talk 16:03, March 16, 2014 (UTC)

But they're just on my userpage, I'm not putting them in main articles.

Alright, my bad. So how do I rename the photos?

Alright, thank you sir. I'm sorry for any problems I may have caused.

Hey Thomas0802. This guy needs a block. He's the one who wrote this ^^^^^ (the Derrick Hale thing). I warned him several times to change his attitude and telling him that this article is not about him, however, he refuses to listen. I think he needs a punishment for incivility, use of profanity towards users (that's me), and removing content from the Derrick Hale page. He also threatened to "handle this ANOTHER WAY" meaning he probably may tell Wikia or someone else. He also claimed he doesn't give "two flying fu**s about this wiki". Punish him please. I'm tired of warning this guy.

Hey Thomas0802. This guy needs a block. He's the one who wrote this ^^^^^ (the Derrick Hale thing). I warned him several times to change his attitude and telling him that this article is not about him, however, he refuses to listen. I think he needs a punishment for incivility, use of profanity towards users (that's me), and removing content from the Derrick Hale page. He also threatened to "handle this ANOTHER WAY" meaning he probably may tell Wikia or someone else. He also claimed he doesn't give "two flying fu**s about this wiki". Punish him please. I'm tired of warning this guy.

Well that's bad. I guess he's a common vandal. Block him though because he will soon come back talking about the Derrick Hale page and cursing out other users including me and LS11SVaultBoy. Also, I play as a female in GTA Online. I'm not a bad player; this won't embarass you right?

Hello, Thomas. There is a user that has been deleting entire content articles. He has deleted content 3 times so far, but we managed to revert his edits. Can you deal with him? Thanks. Carl Johnson Jr. (talk) 18:30, March 27, 2014 (UTC)

Thanks, Tommy. It took me by surprise also, I couldn't be too active in the last months because of the exams in June. I'll try to be as active as I can in the next weeks, after that I'll have to shut down my PC until the exams will be gone. Thanks again for your support. :) Dodo8 Talk 08:31, April 10, 2014 (UTC)

I left a couple comments on the GTA Online talk page that might interest you.

Hey Thomas0802! It's Smashbro8. I have written a request for promotion on the Requests for Promotion page. Please give me a vote! Thanks!

Hey Thomas0802! We are under some serious problems on the wiki! This user is adding inappropriate pics of private parts and women and makes an inappropriate page every few seconds. Please block him for infinite! Cloudkit01 and I cannot take this anymore! He has also disrespected me, Cloudkit01, Ilan xd, McJeff, and all the staff calling me and Cloudkit01 gay. Also, leave a vote for me on the Requests for Promotion page. I sent a link to that page in my previous message.

Hi Thomas, Mike here. Many times when I need information about about GTA series, this is the first place where I look for, because of its great quality of information.  I'll do my very best to help on this wiki. By the way congratulations for your great efforts.Mike Saviolo (talk) 03:01, June 28, 2014 (UTC)

Hey Thomas, thanks for the welcoming message. I think you can help me on a little thing that I've been thinking all way through since i got the GTAV, and it is a forum of bringing back the Freeway motorbike, but no body listens to me due its counterpart is the Bagger, but i dont think so. Thanks. -Dan Ibagon (Ibagon is my lastame, dont judge ¬¬)

Hello again. This page is also with a incorrect name, her true name is Keyla. Also, could you put as "Keyla (GTA V)"? This way, if theres any other character named Keyla in any future title, it will not be confused with this character. Thanks! 558050 Talk 14:40 18 July, 2014 (UTC)

Hey Thomas, this user is being problematic and has been adding the birth dates of major characters on their pages, even though they are not known. He's sending me some threatening messages too. RageQuit Talk 15:32, July 21, 2014 (UTC)

Leo Topic is back

Thomas, Leo came back as Someguyfromvc, he needs to be blocked, again.

Hello Tommy, i'm here to ask you to block this user: http://gta.wikia.com/Special:Contributions/Montyson3 Because he is changing vehicle capacity without any certain reason consistently

Thanks :) I already did create ones for VC and all other GTA's. I should post VC and others soon once I'll improve them a bit.

I don't like the color combo for some of them so I still have to do a few changes.

The reason why users added the "4 door sedans" category in the Panto page is that in GTA 3 beta, the Panto was a 4 door car, but it is still irrelevant because the Panto didn't make it to the final version of the game (AndreEagle17 (talk) 14:05, August 30, 2014 (UTC))

¡Hello! My name is Cordg, and I'm interested in the Portuguese project. I saw the message in your user page, and I want to be a bureaucrat on that wiki. I'm responsible, and best known in the spanish communities :) I know a lot of portuguese. I've worked in GTA Websites like GTA Revolution (Today off-line) and because that I know how it works. I want to help the wiki (e.g. content, design) and build a great community (Google rank) - Give rights Thank you. --•••• + Cordg — 03:17, September 29, 2014 (UTC)

Retrieved from "https://gta.fandom.com/wiki/User_talk:Thomas0802?oldid=736110"
Community content is available under CC-BY-SA unless otherwise noted.