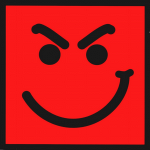 Hi, welcome to GTA Wiki. Thanks for contributing to the Talk:Los Santos Vagos (3D Universe) page, and for taking interest in the wiki. Please leave a message on my talk page if I can help with anything, or as alternatives, leave a post on a forum, or refer to the Help pages. Ilan xd (talk) 08:08, August 14, 2013 (UTC)

If you look at the links to the various sites, most reviews which call Saints Row a "clone" are from gaming websites. SJWalker (talk) 18:08, March 1, 2015 (UTC)

Another user has already explained this to me, if you look in the recent Wiki activity. In future, instead of edit warring, I suggest you create a new section in the talk page. SJWalker (talk) 18:17, March 1, 2015 (UTC)

Even if you disagree with another user, you do not tell them to "fuck off". If you cannot have a civilised debate I would suggest that you take your attitude elsewhere. SJWalker (talk) 17:07, March 2, 2015 (UTC)

Here are some non-Wikipedia links for you...

"It has an open sandbox-like gameplay with a design similar to the Grand Theft Auto series, but with a more humorous and looser take on the third-person shooting and driving."
— Mobygames

"If GTA had any kind of direct competition, it’s the Saints Row series — specifically with the release of the third installment, aptly titled Saints Row: The Third."
— Geek.com

This is my last communication with you on this matter. Saints Row the Third IS most definitely still a GTA Clone and is specifically cited in the above independent sources. SRIV is more debatable since it is trying to parody several other game franchises at the same time, but it still utilises the same GTA-style gameplay elements. FIN.  smurfy (coms) 22:08, March 2, 2015 (UTC)

You have been blocked for three month, for your behaviour and language, namely swearing, in your dispute with a staff member. Leo68 (talk) 00:13, March 3, 2015 (UTC)

Retrieved from "https://gta.fandom.com/wiki/User_talk:TheAnonim13?oldid=808273"
Community content is available under CC-BY-SA unless otherwise noted.