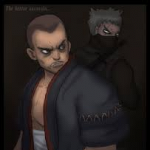 Hi, welcome to GTA Wiki! Thanks for your edit to the Roman Bellic page.

The reasoning of why I reverted your edits is because I don't really think that neither Eddie Low and Playboy X are prominent antagonists in the game. Since I'm not really good at that point, I could be wrong, so I'll leave these alone. --

I have repeated the removal. Neither are antagonists. Smurfy: illuminate - communicate - spectate 04:12, August 5, 2017 (UTC)

Now that you have signed your 2nd message, you'll get a reply. Claude betrays the Yakuza an orders from Donald Love, killing Kenji. Just because he pretended to be Cartel so they are unaware it was him and don't come after him, doesn't mean he is considered still affiliated with them. Formerly is the correct description of his relationship. The Purple Nines set of Southside Hoods are wiped out by... Claude. And yet you still think he claims affiliation?  Smurfy: illuminate - communicate - spectate 00:06, September 2, 2020 (UTC)

"...so in conclusion the Red Hoods and the Yakuza are the only two gangs in GTA 3 who are allied with Claude and are not hostile with him in a similar way that Niko is allied with the Jamaican and Irish mobs"
―You

No, as stated above, Claude betrays the Yakuza and wipes out one set of the Hoods. Niko never does anything against the Jamaicans or McRearys. Perhaps the issue here is you think there are only two options: For or Against. Just because they are not enemies, doesn't make them allies. There is a third option... Neutrality/Ambivalence. Just because Claude can safely travel through their territory at the end of the game, doesn't mean Yakuza or Hoods are still affiliated with him. Smurfy: illuminate - communicate - spectate 01:20, September 2, 2020 (UTC)
Retrieved from "https://gta.fandom.com/wiki/User_talk:Tesshu?oldid=1258993"
Community content is available under CC-BY-SA unless otherwise noted.