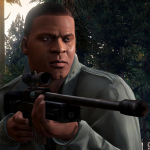 Hi, welcome to GTA Wiki. Thanks for contributing to the Rocket Launcher page, and for taking interest in the wiki. Please leave a message on my talk page if I can help with anything, or as alternatives, leave a post on a forum, or refer to the Help pages. Ilan xd (talk) 20:05, September 28, 2013 (UTC)

Greetings, I'm pleased to start off on a good note (normally I complain about users not following the image policy). I've noticed you been uploading a bunch of vehicle images, which are of good quality for the most part. I only came here to say that you should also add your rear view images to a gallery lower down the vehicle article. That is all.

Just one bit of advice I have to offer; check your lighting when taking a photo - be sure to get good light coverage on the subject, so that the features aren't surrounded by shadows.

Thank you for your image contributions sir, I am quite sure everybody appreciates it. JBanton (Talk | Contribs) 12:17, October 9, 2013 (UTC)

Sorry for reverting the whole edit, my bad. I don't think repeating the same photo as the one in the liveries section is too good of an idea though, I think I might eventually take a better one myself. (Henriquedematos (talk) 20:50, March 25, 2014 (UTC))

The new picture you put for the Getaway Vehicle page doesn't really have to do with an actual getaway vehicle, it is just Michael's Tailgater. is there another picture we can find?Snugeez (talk) 00:18, April 5, 2014 (UTC)

Hi there. I see you are still using the {{for}} template for these. There's a new (and IMO better) one we are now using called {{disambiglink}} which makes the link a bit more prominent.

Hey Switch101. Have you ever thought about running for patroller? There are two spots available if you are interested in joining. You are a great and active contributor here and I think you seem to fit the job. Let me know what you think! Thanks!

Yes, you'll note nothing got uploaded yesterday. I wasn't happy with the results, even in 1st person "selfie" mode, the cutscene screengrabs I have already stored are still better looking. As you say, it's really only going to be necessary for the ones we can't get a clean well-lit close-up in any cutscene. What I'll probably do is take all the shots, sandbox them and put them side by side with their existing shot so I can see how they look once published. smurfy (coms) 21:07, April 26, 2015 (UTC)

Hey! You're new images are great, really, great. I just want you to do one more thing; can you avoid cropping them as much as you are doing, especially for Police Cruiser and Sheriff Cruiser. If you could make them proportional to 960x536px (or around that size), that'd be great, as when they're placed into the Image Table, they look un-neat as they don't fit perfectly. It's picky, but they'll look great once the size is similar to my suggested size (or proportional to).

That'd be great, thanks. Not sure if you've seen the discussion between me and WildBrick, but I've decided I'd do most non-DLC cars, specifically trucks, vans, SUVs, the remaining sedans, etc, and he'd do DLC and future DLC cars. If you could re upload them uncropped, that'd be great. Monk Talk 20:54, December 13, 2015 (UTC)

That'd be great. Maybe you could get the Crusader's pic? And do some more of the emergency vehicles? Like I said, I'd really like to do most of the Non-DLC Sedans, SUVs, and trucks, so if you could do emergency, the remaining military, and another class of your choice, that'd be cool. Thanks.
Also, bear in mind the "Airport" shots that appear on trucks and bigger vehicles don't need replacing; the airport shot doesn't look bad (unlike the Ramp shots, which only suit design galleries), so they won't need replacing. :P Monk Talk 21:56, December 13, 2015 (UTC)

Brilliant work. Dont forget to update this :P Also, please don't be offended, but for a matter of consistency, I may replace images of trucks you do in the future. It's not that I'm competing, I'd just like all trucks done in the same way, in my hands xD of course, I'd keep your pics; ) Monk Talk 21:03, December 17, 2015 (UTC)

yeah Barracks Semi. I'm due to be doing design galleries for all trucks, so Barracks and Semi will be replaced eventually and since the location at which I take the pics look consistantly well for trucks so they'll be their main infobox image. Sorry xD good work on them tho ;) Monk Talk 21:36, December 17, 2015 (UTC)

Why was D Unknown? I edited it.

Hiya! I recommend your images of large vehicles such as the vans, have a higher shot, so the roof is visible, similar to the Civilian Gang Burrito (though not That high, I personally think that angle is too high). Of course, you can leave emergency vehicles as they are now, as it's at least consistent, but for the sake of consistency in the Vans category at least, I think the angles should be a bit higher :) Guy A (Junior) - That Ferrari Guy (talk) 20:29, January 15, 2016 (UTC)

Hey man. I replaced your PoliceCruiser3 image, to make it inline with other images (all cars facing the same direction). Feel free to re-replace it with one (but if you are, make sure its facing the way it is currently - I know, I'm awfully fucking picky ain't I) :P Monk Talk 11:38, April 10, 2016 (UTC)

Retrieved from "https://gta.fandom.com/wiki/User_talk:Switch101?oldid=889664"
Community content is available under CC-BY-SA unless otherwise noted.