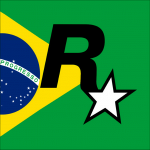 Hey. We recently began reordering the tables - the order follows the size of the vehicle, and more specifically the body style, thus variants will still be together. Then, making the table "sortable" allows readers to optionally set the order to alphabetical. If you'd like to, you can help assist in reordering them.

PS: Regarding Albany, I reverted, to I accidentally undid your minor adjustments and likely the addition of the Hermes. Monk Talk 19:51, December 30, 2017 (UTC)

Yeah, Retro and Safari are brothers rather than variants. Like the Taxi and Police Cruiser to the Stanier, or Space Docker and Ramp Buggy to Dune Buggy. We don't have a base variant yet, unfortunately. Monk Talk 20:06, January 1, 2018 (UTC)

Hello. If you are interested, we have several Patroller positions available on staff here at GTA Wiki and I believe you would be an ideal candidate. Go here if you are keen. Smurfy: illuminate - communicate - spectate 22:43, January 11, 2018 (UTC)

Congrats! I have closed the vote and promoted you, 100% positive. You'll need to nominate an Artwork to be used on the Staff page. This will need to be cropped square and uploaded as Ronalddmjunior-StaffAvatar.png. Smurfy: illuminate - communicate - spectate 23:15, January 14, 2018 (UTC)

Congratulations! Glad to have you on board. We normally don't take users with less than around 500 edits, but we're pretty low on active patrollers and your contributions have been nothing but awesome. :) - Monk Talk 23:36, January 14, 2018 (UTC)

Test for your new tools

A file just uploaded - you should be able to rename it, licence it and give the user a {{warning}} for ignoring media policy again. Smurfy: illuminate - communicate - spectate 02:41, January 15, 2018 (UTC)

Yeah, my bad, I can't assign the rollback rights. Will have to wait for Monk or one of the bureaucrats to do that. Smurfy: illuminate - communicate - spectate 03:06, January 15, 2018 (UTC)

You didn't do a bad thing. While it is true the name did not have a source game title abbreviation (GTAIII), it was for a Gang logo that appears in multiple games, so it is acceptable IMO. And the hyphen vs space vs underscore rule is one I definitely don't strictly enforce since I mostly ignore it myself. I actually disagree with enforcing the use of a valid punctuation character (-) as a word separator. e.g. How should we name images for Palmer-Taylor Power Station? Palmer---Taylor-Power-Station? :) Smurfy: illuminate - communicate - spectate 00:18, January 16, 2018 (UTC)

Cheers for helping out with events. The Copy/Paste stuff often ends up backlashing with errors. I had P-996 LAZER Week written all over the Savestra Week event page the other week :p

ps would you mind helping out with redirects? Pretty sure you know how to handle them. Basically, we need redirects of any adversary modes added in event weeks. As R*'s biggest interest is the new vehicle (evidenced by all the vehicle posters being the title of the articles), we name all the "unnamed" event weeks "[New Vehicle] Week", however most of the events release an Adversary Mode alongside them, such as "Bombushka Run" with RM-10 Bombushka Week. As such, "Bombushka Run Event" is then created as a redirect to RM-10 Bombushka Event. I've got most done, however there's still a few out there.

I'm also starting to wonder how we can reference when the new vehicles are added, like, on the new vehicle articles themselves, there's no indication or link to the event it was released in. Monk Talk 17:25, January 18, 2018 (UTC)

Sounds good! Maybe like "The Grotti GT500 is a classic sports car featured in Grand Theft Auto Online as part of the GT500 Week Event continuation of the Doomsday Heist update.", similar to what you suggested. Monk Talk 18:58, January 18, 2018 (UTC)

I have a question

Why GTA Advance, GTA Liberty City Stories, GTA Vice City Stories and GTA Chinatown Wars were not released on PC? I think that this fact is unacceptable. Also, I cannot understand it. If these games were released on PC, I would gladly play them. I am upset with Rockstar for not porting these games on PC.Kintobor (talk) 17:58, March 26, 2018 (UTC)Kintobor

Hey boy. Thought you might like to know I redid the Dominator GTX and Ellie pictures, think the colours are more suitable for their real life counterparts (surprised r* actually decided to use these as traffic-default colors, since they match real life versions), as well as some of the other vehicles - oh and they're better quality since I decided to up my graphics this time round. Shame the Taipan has really stupid color coordination, it's quite an attractive cars (at least the front is). The Tyrant seems to have these weird spec which ruins the paintwork. Monk Talk 21:13, March 28, 2018 (UTC)

Thanks - that's why I named them x2 and added the comment... I might get around to recapturing higher res images from in-game but as soon as I realised they were stunt races, I pretty much only ever did them once each and don't really intend to play any of them again. Smurfy: illuminate - communicate - spectate 22:22, May 19, 2018 (UTC)

The ones in-game are the same resolution, just displayed larger, so you might as well resize the RSC ones, as that's what the game is essentially doing. Monk (

We're sorry to have lost a senior bureaucrat, which leaves opens space for admins to move up, and new administrators to move in. You're perfectly qualified for this, your work is outstanding and I feel you're ready. If you agree, and think you're up for this position, let me know and get straight in there! Monk (

Wishing all Staff members a late Merry Christmas and a Happy and Prosperous New Year! My apologies for the late greetings, I took a break from editing during the holiday period.

Good day, I have made a Request for Promotion to the position of Bureaucrat. Please vote and/or comment when you are available. This message was sent to all Staff members.

Hello Ronald. It looks like you are no longer active on the wiki, with your last edits taking place in July 2018. If you are no longer interested in being a patroller, or other activities have taken priority and you no longer have the time to dedicate to the GTA Wiki, that's fine and understandable, but please let us know so we can make the position vacant. If there is no response to this in a month, you will be demoted automatically by policy. Thanks. Smurfy: illuminate - communicate - spectate 08:58, March 8, 2019 (UTC)

You have now relinquished the Patroller position. I hope all is well with you IRL and I'm sure we'd all like to see you return to the wiki at some point in the future. Smurfy: illuminate - communicate - spectate 12:05, April 8, 2019 (UTC)

Retrieved from "https://gta.fandom.com/wiki/User_talk:Ronalddmjunior?oldid=1152384"
Community content is available under CC-BY-SA unless otherwise noted.