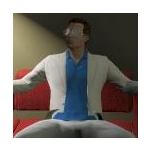 Hi, welcome to GTA Wiki. Thanks for contributing to the File:GTA San Andreas Official Trailer (Xbox) page, and for taking interest in the wiki. Please leave a message on my talk page if I can help with anything, or as alternatives, leave a post on a forum, or refer to the Help pages. -- Winter Moon (Talk) 08:38, April 1, 2012

Do not post information which is unconfirmed. For example adding pictures of people which have green clothes from GTA V to the GSF page is illogical and doing so may get you banned. Jeansowaty2 (talk) 15:34, April 30, 2013 (UTC)Jeansowaty2

Uh, okay just post the information. Although, Rockstar said that no content from GTA III era will come back so it's highly unlikely. It may be possible that the green ones are a different gang and the purple ones are also a different gang than the GSF & Ballas.EDIT: Yes they aren't the same gangs but they are some kind of reference.Just look at the sites Magnetics, The Hills Jeansowaty2 (talk) 18:03, April 30, 2013 (UTC)Jeansowaty2

I'm still sceptic about it. Let's wait for GTA V to finally get released and we will know if it will be the GSF Families or a different, similiar gang :P. Jeansowaty2 (talk) 10:26, May 3, 2013 (UTC)Jeansowaty2

Yes, I read the article. I only added that name it because we didn't know at that point if they are called the Grove Street Families.Dodo8 Talk

And you forgot to sign your message. Which freakin' picture have I posted with the wrong name? Jeansowaty 16:47, May 27, 2013 (UTC)Jeansowaty2

The Bugatti on Rodeo Drive is very famous. It is always parked there and is pretty unique, being owned by a late celebrity. The Adder parked on Portola Drive is in the same exact spot, and also has similar paint jobs. Carl Johnson Jr. (talk) 21:03, November 22, 2013 (UTC)

If I remember correctly, Sunnyside was a district in GTA 2. Then in Vice City they made Sunnyside Taxis, and in GTA San Andreas they were going to make a district in San Fierro called Sunnyside but they scrapped it. Due to a glitch somewhere in Los Santos police chatter refers to it as "Sunnyside". RageQuit (talk) 01:17, December 2, 2013 (UTC)

Seems so. The only leftover of a beta skin I remember is Beta Big Smoke's skin located inside the txd of his statue. Oh and btw, I've seen you're making a BETA SA mod. Are you going to do the Beta Triads as I mentioned 'em? And, will there be skins from The Introduction? Jeansowaty 12:01, December 26, 2013 (UTC)Jeansowaty

Can you give me some tips, i am new here and would like to know what to start on it thanks :D

Hi, thanks for some of the tips, they helped but i need some in depth help on how to do a page AKA, Layout, Position and all that stuff, please help

It's still silly to think that a kid would steal stuff and fly out to LV, but whatever floats your boat.

If you didn't know where I was from, where did you know about my name?

And I can't say I heard much about kids searching for mobsters when they're nine or being asked to join a gang at the age of four...Universetwisters (talk) 17:03, May 18, 2014 (UTC)

Yeah, dude, thanks a lot for the pointers about the pics. I'm using the pictures posted from the GTA Forums by now as placeholders and reference. They can be modified later on with crispier, clearer pictures and with proper naming, by now they're just placeholders. :) DonVecta (talk) 14:12, June 17, 2014 (UTC)

You can't really relate vehicles just because of the type they are. These vehicles are of different manufacturers, each with their own designs.

My bad, I really don't know how to do the license thing. As I said, I've got the images from the GTA Forums and use them as placeholders. I've got them from these thread: http://gtaforums.com/topic/716424-the-im-not-a-hipster-update-released/

Hi Ben, in case you think a page has to be deleted but the reason is not obvious enough, please use {{Prod}} instead of {{Delete}}. Thank you.

Thanks. It had already been clarified that it doesn't actually "unlock" and only appears in missions. So the Slam"van" is an even more locked-down version of the Clown Van (although at least the Clown Van can be driven in races and is a fully operational model).  smurfy (coms) 21:11, March 19, 2015 (UTC)

Nope. Yellow promo shot and red promo shot have 2 different customised hoods, nether necessarily the stock one. There are a couple of similarities to the Raptor but too many differences to be claimed as the primary influence. FWIW, I don't think it looks much like a P1 either but until we see it in stock trim that's probably the best we have to go on. smurfy (coms) 07:23, July 1, 2015 (UTC)

Yeah, The P1 thing is wishful thinking from many I feel. I'm tending away from any McLaren every minute... but there's still not enough of the Raptor in the T20 either to claim it is based ON that. smurfy (coms) 07:55, July 1, 2015 (UTC)

Hey, I've commented out the pre-release statement as we have tightened up on beta/cut content and require this to be verifiably sourced before being allowed to be added. Otherwise, I do agree, no evidence this is a restaurant. Smurfy: illuminate - communicate - spectate 02:18, January 19, 2018 (UTC)

I guess that explains a lot. By the way, I just reverted your first edit because you only changed the infobox text, even though the main text still refered to it as "restaurant", so that sounded biased and confusing. Your second edit was fine, though, as you properly changed anything related to restaurant to the corresponding furniture store. --

Yeah because I was still editing it. Anyway source is there on smurfy's page and like I said could someone un do Ronald's edits and make sure they don't fuck about with it again, thanks. Also someone update him please. Rentedhitmanben (talk) 02:46, January 19, 2018 (UTC)

Dude, take a chill pill. If I didn't know who you were, I would have just deleted it and not been as courteous as I was above. That said, you are not getting any sort of immunity from the undo button here. Cleaning up the old unsourced "beta" crap is a long term ambition, but the first step in that is, as I said above, not permitting any new unsourced beta info to be added. If your source can't remain on the page as a citable source, it's not really a source is it?  Smurfy: illuminate - communicate - spectate 02:48, January 19, 2018 (UTC)

No need for a chill pill man, though I don't want to seem like I'm annoyed at you, just at the fact that wikia hasn't got the best reputation for this kind of stuff, and when I think oh well I give it a try someone reverts my edit before I could even finish. And yes you are absolutely right about the citations, but could you just wait with them please. Rentedhitmanben (talk) 02:57, January 19, 2018 (UTC)

Yeah, no problem, that's why I've just commented it out rather than deleted from the page. As soon as it can be cited, it can be "uncommented" (and possibly expanded upon). Smurfy: illuminate - communicate - spectate 03:01, January 19, 2018 (UTC)

Well, your comments did very much come across as a "don't you know who I am?" kind of tone :D You may not have noticed but there has certainly been a change in "protective" activity around here from the staff and other editors in the last couple of years. While some nonsense invariably does still get through, I think we've improved a hell of a lot in terms of preventing fanon content masquerading as legit info. p.s. an edit summary saying you were "in progress" or adding an "Under Construction" template (which I have now added) probably would have avoided the edit conflict with the patrollers. Smurfy: illuminate - communicate - spectate 03:27, January 19, 2018 (UTC)

Well, like I said it was not my intention, but you're right I should have read it twice before sending it, but do understand that I was trying to get a point accross while being extremely frustrated by the way your patrollers have been treating me, especially with an edit that they had no evidence for. Next time just ask (not you, you have, them), or just as Camillio has done later, just watch and wait, unlike the other fellow, whom just tried to be the hero of the day and reverted it, yet again. I don't expect immunity, but I think atleast I deserve trust, and unlike what I might have sounded like (for which again,sorry) I do not expect everyone to know me, especially here which as you know I am not active on wikia and that is why I have asked you to just give a heads up to the staff. Rentedhitmanben (talk) 00:00, January 20, 2018 (UTC)

Retrieved from "https://gta.fandom.com/wiki/User_talk:Rentedhitmanben?oldid=1046794"
Community content is available under CC-BY-SA unless otherwise noted.