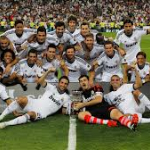 Sorry, but I can't help. I only play GTA, I don't know anything about the other games.

Hey Jake, the three stooges wiki needs some editors because there are four users there. If you don't want to join, it's fine with me. Later! Cloudkit01 (talk) 18:15, January 2, 2013 (UTC)Cloudkit01

First of all, let me just say that I have nothing but pure hatred for Real Madrid, but as you're an editor on this wiki, I am going to be very civil with you in any football debate we have in the future.

As for what you're saying, you Madridstas sing the same old crap every season. You haven't won the Champions League for years and next season you'll be worse off, as Mourinho will be gone, and so will Penaldo haha! Messi1983 (talk) 22:44, January 10, 2013 (UTC

The Phil Rosenberg page? It is a news article on the Liberty Tree website in GTA IV so I apologise that you are too stupid to research before jumping down my throat, believe it or not there may be a part of the GTA canon you don't know about. Don't believe me? Look it up on the website in game I believe its an article titled "Mary Jane made me fat!" Ozymandias96 (talk) 18:13, January 18, 2013 (UTC)

Well, personally I think that it is quite good to have the video walkthroughs because it's just like an extra bit of help and if you don't understand the writing then you can just watch the video. LS11sVaultBoy (talk) 19:42, January 21, 2013 (UTC)

P.S. Also, on the Rockstar Games Wiki, I aren't really sure what to write about because most things have already been done and I only know mainly about their GTA Series and the most tiniest bit about Smugglers Run and maybe another game that I can't remember.

Now I see what you mean. Ok, we can take them off the walkthrough pages and leave them on the mission pages. And yeah I'll come on the Rockstar Games Wiki so you can tell me what to do. LS11sVaultBoy (talk) 08:20, January 22, 2013 (UTC)

Dude, you've always been good enough. I only needed 200 edits to become a patroller. You have over 1000 so if you tried hard enough, you could even be an admin! I'd vote for you. You will be most likely to become a Patroller but you could become an admin almost as easily. You choose! Patroller Vault Boy (Message Me!) 18:20, February 3, 2013 (UTC)

Hey man that sounds great! My ultimate goal is to create a page for every street in GTA IV and then obviously go back and add pictures to them. Any help would be great at this time because I have already created the Algonquin, Bohan and soon Duke & Broker streets and Alderney is still left. Sasquatch101 (talk) 04:19, February 13, 2013 (UTC)

RE: RE: Video Walkthroughs

The video walkthroughs are not needed for three reasons; One, the description of the mission tells me what the mission is about. Having to post videos of someone else playing the mission, tells me that the description isn't very good if  someone has to watch a video to know what it's about. Second, It's actually spoiling the game for new players, by telling them what going to happen exactly at any given time during the game. Third, If I want to play the game, the game will tell me what to do and how to use the controls. I don't need a video telling me how to play the game or use the controls. Yes, I was erasing the videos, because they simply weren't needed. Also, if you were spending lots of time posting the videos, then you were wasting your time, my friend. It wasn't vandalism, it was simply getting rid of things that weren't necessary. Three good reasons why the videos shouldn't be there...

You talk about the Admins... One thing that I'm trying to figure out is, Why are you sending me these messages? You're trying to warn me about something, and you're not even in charge of the site. I could see if you were an admin. But you're not. You're just a normal user. I don't know why you're telling me what I can and cannot do... What I was doing was not vandalism. I was just cleaning thinghs up.

Thanks, man. Here to help.

The reason why I haven't been leaving messages is because I've had this whole week and next Monday, Tuesday and Wednesday tests. There's not much time, because of that. But from next Thursday on, I will have more time to be active here on the GTA Wiki. I'm thinking of applying for adminship.

Anyway, did you see Real Madrid win Barça, 3-1! Haha, I laughed so hard when I heard those show-offs lost against my 2nd favourite team... A very happy day that was.

Hey Ray, I left Ilan a message a couple days ago and I haven't heard from him back. I don't know if he is busy or still thinking about the message that said when to promote or something. If you heard from him, tell me. Well it's almost 1/2 hour till midnight, so good night. Your friend/dispatcher and an informal-imformant,

I've been promoted to admin.

Let me know if I can help with anything, ok?

Hi Ray, you are really a nice user, you got a nice page! And I would ask you something, I did my request for patroller here, it would be a pleasure if you answer yes, thanks a lot.

I've added a new section, check it out. I think it's much better now. Give me your opinion.

Yeah, I agree, but I think that should be discussed.

I'll discuss it with Ilan.

Ray, Ilan agrees with the idea.

I'm looking for some vids.

Tomorrow, if I can I'll get Vic's lines.

Go to Source mode, then add this pseudo-HTML element:

I'm not sure how to prevent it from being parsed on this talk page: substitute the angle quotes for LT/GT. God why can't Wikis use either normal HTML or BBCode. Just go to Source mode on any page to see how it looks like.

I believe that with width of 640 I can get the default "360p" version without resizing and the "720p" downscaled by 2 exactly. You can see the effect on how well reds look on the Lost & the Damned title frames, and on the resolution of the subtitles. It's always better to resample by integral ratios if possible.

"When you go to to source you will figure out the keys to make the videos look like mine."

I think the conversation has been disrupted by my delay, because I didn't visit Wikia in a long time. You asked how to change the appearance of embedded videos. I don't wish to change Walkthroughs on TLaD, because I think they currently look fine. The black control applet fits better with the black 3D style of the GTA Wikia, than the other one does. In addition to that, the table around your videos has a disruptive white background color. Most videos under TLaD do not have multiple versions, with the exception of the controversial and often censored mission, and therefore do not require a title contained within a table to describe each version (PC/PSX), when there is only one.

"Also when going to youtube you copy the video URL and add it to add videos on the wiki."

Why would you "add" a video to Wikia as a pseudo-file? It's a hassle to click through the form. 'Adding' doesn't actually mirror the video data. What it seems to allow is quicker editing of all instances of the given video across the encyclopedia, but each mission video is only included on one page. So no benefit in this use case. The quickest way is to copy the video name and paste it in the edit/source mode, optionally requesting a certain size, like this.

Also, if I add a video as a ‹youtube› element, the "annotation" in the top right corner for Gun Runner doesn't appear, leading to cleaner, less commercial appearance.

If I go to the source mode of an "added" video, the video name ("Unz5_g4RUZ8") cannot be seen anywhere. Instead I must deal with "File:GTA Vice City - Walkthrough - Mission 46 - Gun Runner (HD)" which leads me nowhere, because it is internal to Wikia. I cannot copy and add the video elsewhere, or send it to a friend. To get the video name, I must click and load the video file, which is wasteful and slow.

I arrived at this format taking example from other uploads. I think they were by SycoSquirrelSSU.

I did not mean to delete Tony 1998's post about me on The Tom's page as an offense. I only deleted it because I do not want any trouble, I don't want an admin trailing my account for no good reason.

Hey Jake, are you still there? It's been a long while since we last spoke.

Well, Grand Theft Auto V was great, but some things like the driving, were changed for worst, and other ones, like eating, ducking, etc. were totally gone.

I'm doing alright, how about yourself? :D

The driving was kind of annoying for me. But the missions were generally an improvement from those in GTA IV.

What are you up ton in the Wiki now. Do you have any ideas?

Retrieved from "https://gta.fandom.com/wiki/User_talk:Ray_boccino?oldid=880368"
Community content is available under CC-BY-SA unless otherwise noted.