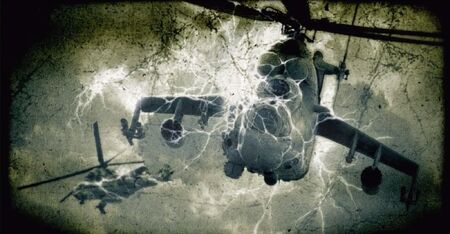 arrh., my pc is going so slow today, how can i add a license to an image after it has being uploaded?

What is the meaning of "relevance" for you? Is there any fact in any article that you actually think it's relevant?

Well, it's so normal to throw a snowball in the windshield of a car and the glass cracks and even break, isn't it? It happens to me everyday.

Oh well, you can say your opinion, can I say mine??

Coincidences - "The Rat-Loader has a automatic transmission but it still has a clutch pedal" Yes, this is relevant, why? Because it's so normal and realistc to press the clutch when driving an automatic car, isn't it? "The Thunder-Rodd has no steering wheel" Well, it's a futuristic car, I mean, like the google car?

That's all I have to say.

"All i've fucking got is sarcasm" - Michael De Santa

I don't wanna sound disrespectful, but that's my personality, I don't use it in a offensive tone, sorry if you got that wrong.

BTW I have created a sandbox with my best contributions.

The personal pictures need licensing too?? I'll do it, however, they'll be only used in my personal page, also, the Titan, I got the picture from gtaforums.com, I had permission to use it, so I added the license "copyrighted, but permitted by the autor".

Okay, i'll change the license now, thanks for the heads up

That's my personality, TBH I don't agree with some things you do but I keep my respect, I just don't respect peole that insults me, also, after learning the image policy, I worry about them as much as CJ Jr. do.

Hey RainingPain. I noticed you edited on Monkeypolice's page saying he did not copyright his photos. Just letting you know that REGARDLESS of whether a user makes a mistake like that on his user page, you are never allowed to edit someone's user page without their permission. No one can edit your user page so don't edit someone elses. I'm not putting you in trouble, just letting you know.

If it's in good faith it's okay. Also, Wikia may have said so but if one had to edit a bureaucrat's or admins page, they may get in trouble for it.

If you mean Monkeypolice as the troll, I'd suggest you not call him that. Don't call users names because you don't agree with them. Sean and Johnpaul are excused from that because they are vandals. But try to avoid calling users names.Also, y'all always used to get along. What happened?

I don't think Monkeypolice was trolling. He didn't know he was wrong. I used to behave like that when The Tom and I just met, and Tom never called me a troll. A troll is someone who causes trouble regardless of what. For example, a troll will be a vandal or someone who makes fun of someone just for fun. Also, Monkeypolice isn't really against you but honestly you can be harsh in some areas too towards users. Some users aren't easy to deal with, but don't treat them with disrespect. We all need to change and I'll stop Ilan if he does warn you about your behavior.

I agree cause some users uploaded some unnecessary pics like those that DAWNYACULLUM uploaded.

"Trolling" is a harsh word to call someone. A troll is someone who deliberately does something bad in order to annoy someone for his/her own entertainment. Monkeypolice is not trolling. He is kind of misbehaving but in a non harmful way. The use of an emoticon at the end makes this post look more like he's just joking rather than purposely trying to go against staff.

I have nothing against you, but some people are annoyed with you and I can see where they are coming from. You're doing a great job as a patroller, but you're sometimes a bit too harsh towards people - regardless of who it is, whether it's a random editor, staff member or a complete idiot like Xpanetaa or Sean.snh, you should show respect to people because calling someone names is something a patroller shouldn't do. Remember this? Or this & this? I have no problems with you, the way you edit, the way you do your job, etc., but your behaviour is not always a good example of how a patroller should behave like. I remember how you, Andre and Monkeypolice used to be good friends and now both of them have removed you from the "Allies" and "Favorite Wiki Editors" list - I guess that does say that something bad has happened. I (and probably others) feel like you should take a bit calmer attitude when dealing with people, regardless of how they behave. They may annoy you to insane levels, they may be complete vandals/trolls/spammers, but responding to them with hate will not give good opinions about you. You're here to keep peace, not cause more trouble.

Just my two cents about that

Well, you'll have to ask The Tom about this because for 1, I haven't been here since late September so I'm still getting used to this new wiki set-out, and two, he's the head bureaucrat and I'm just an admin so he is the one that makes decisions like that. LS11sVaultBoy (Talk) 09:22, December 25, 2014 (UTC)

RainingPain, I would appreciate it that when you delete piece's of trivia or other thingts on the page that you give an actual reason as opposed to leaving no reason to delete the pieces of trivia. You recently made edits to the Roman Bellic page that didn't just delete my pieces of trivia, but others as well, for no good reason. These specific pieces of trivia were put there so people that want to find out something about Roman Bellic wouldn't have to look through the several paragraphs of info on him and instead would just have to look at the trivia section and learn anything like that without taking up a lot of time. Mortsnarg (talk) 16:01, December 25, 2014 (UTC)

I never said that I agreed with The Tom on that one, but I'm still going to admit that he had a point when it came to skimming the pages. The deutregonist page is a average size page for an average size subject. If a person would want to find out a piece of information quickly, it would take them a while but the info could be found in about 3 minutes of skimming through the page. In something like the Roman Bellic page,a piece of information like the one I put down, that Roman has in some shape or form been in every HD Universe game, is simplified in a way as it names where in each game he was referenced. If that's done then you don't have to skim through the page for 5-8 minutes to find out the info that you could find in 1-2 minutes in the trivia page. Mortsnarg (talk) 16:53, December 25, 2014 (UTC)

Don't you think it is annoying already? Why don't you ask The Tom or Ilan to ban infinitely this user 75988? (or whatever his user name is) He doesn't stop doing this irrelevant edits!

I even suspect that he is a sockpuppet of XPanettaa

I don't think you understand what I'm saying; I'm recommending just increasing the rights of patrollers to rename and delete images if possible. So the usergroup will just be patrollers. This would need community discussion, but we may need to check if this is possible with Wikia first. Tom Talk 09:46, December 27, 2014 (UTC)

Retrieved from "https://gta.fandom.com/wiki/User_talk:RainingPain17?oldid=730996"
Community content is available under CC-BY-SA unless otherwise noted.