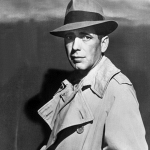 It is well known around here that Sasquatch and Boomer are close, and they will agree on a lot in votes, especially Requests for Promotion supporting each other. They appear to be close friends and this is backed up by the fact that they work a lot on the GTA Myths Wiki, but Tom's involvement does not seem likely just because they agreed on a vote. Tom can make bureaucratic decisions if he feels there has been an unjust decision, however, he should have brought it up. For now I will not be making any reports to Community Central. I will also argue this case if you bring it up with Community Central. Leo68 (talk) 04:39, April 26, 2015 (UTC)

A discussion has been made to lift the ban on Boomer but it seems unlikely he'll get it lifted. As for Sasquatch, he may be similar to Boomer but I don't think B is a sockpuppet of S or vice versa. Leo68 (talk) 04:46, April 26, 2015 (UTC)

Retrieved from "https://gta.fandom.com/wiki/User_talk:PunjabiNights?oldid=779251"
Community content is available under CC-BY-SA unless otherwise noted.