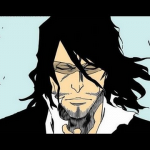 Hi, welcome to GTA Wiki. Thanks for contributing to the File:Khangpae members.jpg page, and for taking interest in the wiki. Please leave a message on my talk page if I can help with anything, or as alternatives, leave a post on a forum, or refer to the Help pages. The Tom (talk) 22:42, September 27, 2013 (UTC)

I've been joining Toms discussions all day but I looked at the pages history and he claims that the images he deleted were Triads, not Koreans, and that the ones he added were Koreans. VaultBoy Tom (Talk | Edits) 19:45, September 29, 2013 (UTC)

The older gents with the Brown leather jackets and black/white shirts AKA these guys...

Are not actually Triads but Koreans.

How??? Because they do not actually speak Chinese but Korean. I think I remember you from the GTAforums on my Gang Database thread.Strangle hold

Just so you know, the images are not deleted, they were removed from the article but still exist on the Wiki. Tom Talk 19:50, September 29, 2013 (UTC)

I'm The Made Man from the GTAforums

Do you remember me? I'm the one that made that GTA 5 gang database thread.

I remember you were on there. Your username was Muramasa1794...Anyways I apologize for the Korean/Triad issue. I believed the old gents with the brown leather jackets and black/white stripped shirt were Koreans since everyone said based on languages they were. I though you were actually a part of that discussion and agreed to that. Anyways my bad. I didn't mean to remove your pictures from the articles I was going to just put then in the opposite articles.~~Strangle hold

Retrieved from "https://gta.fandom.com/wiki/User_talk:Muramasa17?oldid=504976"
Community content is available under CC-BY-SA unless otherwise noted.