Sup man we got an issue, here's the problem.

Some leaked dialogue from GTAV makes it sound like Johnny Klebitz gets killed by Trevor. It's not 100% proven, but I'd say it's about 90% likely given the information - the guy who is killed in GTAV is named "Johnny K", he's a member of the Lost MC, and his girlfriend is named Ashley.

The thing that's bothering me is I'm not sure I want to use that audio as a source at all. It was obtained from an illegal leak - I'm not sure whether it was the entire game or just the audio, but since the game isn't out for another month it was illegal. What's better, not writing about valid information or helping spread illegally obtained info? I'm leaning towards the latter, but if you and Tom both think it's better to write about it that's cool. Since it's a legality/copyright issue though, I think it should be a strictly bureaucrats discussion.

You can see my conversation with an editor named Shadowrunner56 and the edit history on Johnny Klebitz. Jeff (talk|stalk) 06:21, August 25, 2013 (UTC)

It's Rockstar's fault, they should have released the digital version the same day with the disc version. We shouldn't post any info on the Wiki, but I'd love to hear that audios for myself! Dodo8 Talk

I heard it too. Looks real. O_O

I have a little question to you :)

I see you are a bureaucrat so I have something to ask:

I will be more than happy if you answer :D

Hey Messi1983 I want to say Thank you for answer

But another question: In GTA V we will have a cheat codes(like weapons health cars money) ?

You will buy GTA V ? Im going to buy him and he comes out when I have birthday :)

Hey Dan, user is putting the gay image on every pages, please get rid of that image and block him/her for that please. Thanks dude! Cloudkit01 (talk) 23:28, September 8, 2013 (UTC)

I just wanted to let you know, school starts on 16 September. Here, at the end of the year we will have to pass 2 exams with a grade as high as possible, this will decide our future. The higher the grade, the better the high school. Due to this I'll have to learn a lot and do a lot of homework, so I will become inactive. I'll try to check the wiki as much as possible, maybe even daily, but I won't edit that much. Cheers! Dodo8 Talk

You got GTAV yet?

Don't know if you're even awake, but I grabbed my copy of GTAV at the midnight opening. And spent an unplanned $90 on a harddrive because I had an XBox360 Slim all along and didn't know, so I bought the wrong kind of harddrive last spring.

Sure, man. Pick up which artwork you want as an avatar: 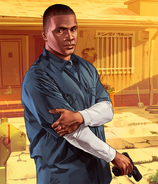 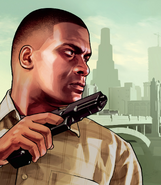 you probably remember me as Rigby200 i left wiki after what going on between Me & Dodo & when i came back ask Little Enzo Matrix (Season 3) to ask some questions about GTA V on my blog which i am doing a good thing & dodo is starting this up again by saying Dodo8: Maybe 7 years old. Your grammar is awful and I doubt men watch that Enzo movie thing (I've never heard of it) to me & I thought of i let him know that he better not start trouble with me again or i'll was gonna come to tell you & Sasquatch101 about it —Preceding unsigned comment added by Little-Enzo-Matrix (Season 3) (talk • contribs) Please remember to sign your talk page messages with ~~~~.

Sorry, but I don't want to get in troubles because of this guy again. Tom told him to check Google and asked him how old he is. You can check. And I didn't insulted him at all, I even kindly responded to the earlier few blogs. I consider that writing tons of blogs with questions is just an abuse of the rule that says that staff members have to help users. This is the blogpost. And you should consider blocking him since he created another Wikia account. He also lied about his age, saying he's 27, when he's actually watching cartoons and has a bad grammar. I'll just ignore him from now on, as I said earlier, I don't want problems. If you think I should say sorry to him I'll do. I really want to know your opinion. Cheers!Dodo8 Talk

I talked to The Tom and he said that I should just ignore Rigby. I'll do that. Dodo8 Talk

Ok, thanks for clarifying the situation. Dodo8 Talk

I agree that it doesn't make them Grove Street Families, it's likely there was once a Grove Street set - just as Forum Drive and Chamberlain Hills have sets. It seems to be a more of a reference to GTA: SA more than anything. Though Lamar also mentions that Grove Street used to be Families turf. Tom Talk 15:31, October 1, 2013 (UTC)

So seeing as GTA V has been out for a little bit now, I just wanted to reach out to you and the other GTA Wiki admins about doing a Wiki Awards page/blog post for GTA V. What the heck is a Wiki Awards? It's basically a poll for the users that lets them pick out their favorite parts of the game. Here's a good example.

We generally like to get the admins of each Wiki to suggest the candidates and topics for the awards, so if you guys have any you'd like to suggest, that'd be perfect. Please let me know if you're interested in contributing, and as always thanks for all your hard work keeping the GTA Wiki going!

My name is Tyler Colp, I'm a freelance writer.

I'm interested in writing a story about managing a wiki dedicated to Grand Theft Auto, specifically, Grand Theft Auto 5. I'd like to speak with whoever that is, which, I assume is you, according to the staff page.

If you're willing to speak with me, please send an email to tylercolp@gmail.com.

I have a question about GTA V :)

the car will return or you need to buy a new one?

thanks for answering :D

Hi, I'm on GTA Wiki everyday. I usually edit pages and look out for grammatical mistakes. Anyway, I'm messaging you in regards to a certain page. I believe the title of the page "Vapid Fleet Sedan" should be changed to "Stanier". I'd do it myself, but I don't know how to change titles on wiki pages. Thanks in advance.NikoFreedom (talk) 07:47, October 19, 2013 (UTC)

Just so you know, I decided to nominate Winter Moon for demotion. My reasoning is explained in the demotion discussion. Jeff (talk|stalk) 16:29, October 25, 2013 (UTC)

Since we'll have some patrollers looking for an admin job and since being an admin is a sort of common sense thing, I wrote User:McJeff/Admin cases. If you want to take a look and tell me if it looks alright to you or if you see any problems with it, please do. Jeff (talk|stalk) 22:09, October 31, 2013 (UTC)

I have noticed a problem with GTA V's protagonist link on the main page. The link takes you to a GTA V Protagonist page, but that redirects to Michael's page. Just a suggestion but, since there are 3 protagonists, shouldn't the link lead to a disambiguation page listing all 3 of them (Michael, Franklin, and Trevor)? Forcaster (talk) 03:22, November 1, 2013 (UTC)

I'm coastercam7788. I was blocked on Bully Wiki for not making good edits and not using the quote template. McJeff told me to talk to you about the block. So, can you unblock me, or mentor me as he said? Thanks...

Can I please edit the Franklin Clinton page?My information will be correct and I promise it won't be a spectaculation info I'm Sean.drew.535i

Hi Dan. We need you and Jeff to vote on the community notice board as we've been waiting for both of you to vote on it for some time now. Please leave a vote when you get the chance. LS11sVaultBoy (Talk) 18:54, December 24, 2013 (UTC)

What times are you usually going to be on? We need to get caught up and I've got a few things I'm not really up for talking about on public talk pages. Jeff (talk|stalk) 11:07, December 29, 2013 (UTC)

Thanks a lot for your first choice vote, Dan. As an admin, I'm planning to rename images to follow the image policy. And nice new profile pic by the way.

And, I forgot to send you the invite to my new Wiki, here's the text :