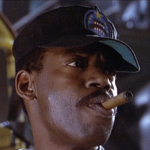 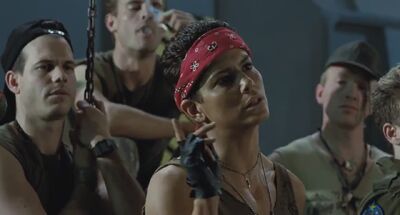 Leave me a message and I'll get back to you as soon as I can. Please remember to sign at the end of your message, using either the signature button (

) or by typing four tildes (~~~~), and please keep things civil and polite.

Hi, welcome to GTA Wiki. Thanks for contributing to the Flashback FM page, and for taking interest in the wiki. Please leave a message on my talk page if I can help with anything, or as alternatives, leave a post on a forum, or refer to the Help pages. -- The Tom (Talk) 18:15, May 3, 2011

I see that you've removed the slight change I've put in Shadow. Thank you for detecting my oversight. Keep up the good work.Fireupthecossie (talk) 17:14, March 4, 2013 (UTC)

Hi friend. Actually it was two true facts, then you erased one and you just placed the another, otherwise the two facts should be published in the same section. That would be more clearly. You can put it back, with the condition that you don't erase true content.--Thomas0802 (talk-Edits) 12:10, July 5, 2013 (UTC)

No no no.When that time,I'm trying to edit the Carbonizzare's front design which look exactly like a Transtar Racing Dagger GT,you erased it,a few times and I tried to put it back you did it until I got mad.And now the Zentorno you keep insisting that car looks nothing like a Veneno huh.Then why it has the scissor doors?If it doesn't look like a Veneno why is it super fast,if it is a Sesto Elemento then it has to be slower than the Infernus and faster than the Vacca but it isn't so stop fighting with me unless you have the proof that the Zentorno is slower than the Infernus I should say Sesto Elemento if it isn't slower, I have to say it is a Veneno and the size doesn't look like it.Sean.drew.535i (talk) 10:18, May 15, 2014 (UTC)

You keep on erasing my edits again.You erased the "Sentinel XS is also a competitor to the Schwartzer like real life,the BMW M3/BMW M4 are competitors to the Mercedes-Benz C63 AMG.Sean.drew.535i (talk) 16:06, June 5, 2014 (UTC)

I do not want you to erase my edits for any unknown reason because previous account has been blocked.BlackforestTaylorSwiftie (talk) 11:43, June 16, 2014 (UTC)

In all due respect, I disagree. The Warrener and the Esperanto show similarities in that they're both cars with a box-like design, the suspension is at a similar level and you can modify the Warrener to look like Roman's Taxi in particular by adding a different seat/cushion design. Also, just because a car is manufactured by a different company or has a different name doesn't mean that it can't be taken as a replacement to a previous design. The B-Type and the Roosevelt is an excellent example of this as the Roosevelt, despite having a different name, is based on the same vehicle as the B-Type. Mortsnarg (talk) 20:58, July 10, 2014 (UTC)

This user had broke the rules that images of real-life counterparts cannot be found from Google because it involves copyright infringement.If he still continues to violate the image policy,this user must be blocked.Sean.drew.535i (talk) 11:09, July 21, 2014 (UTC)

Hey,please stop being rude like completely erasing my edits,prejudice,sarcastic only think that you're always right you also never give chance to other people to edit pages.Please the Zentorno cannot be completely based on the. Sesto Elemento if not,copyright infringement occurs.Sean.drew.535i (talk) 09:19, July 23, 2014 (UTC)

Hey Leigh Burne. Do you mind if I ask you what is going on between you and Sean.drew.535i? Thanks.

Since you like me to be blocked or disagree with me,or just thinking that I'm persisting false/spectaculation edits,ok kick me if you want,bloody fool.I hate people in this wiki especially you,keep insisting spectaculation edits is everything done by me.Don't defence yourself if you're wrong.Enough for thinking that my edits are totally crap.Sean.drew.535i (talk) 13:28, August 8, 2014 (UTC)

I hope don't exist because of your comunist attitude.As well as you are rude,worst person on this wiki.You keep erasing my edits because of nut knowledge and also saying that my edits are tampered.Sean.drew.535i (talk) 10:32, August 19, 2014 (UTC)

My bad. Actually both look similar, but I never knew that the GIGN could operate anywhere in the world. I mistook it with the GIPN and the RAID which are the French SWAT teams. RainingPain17 (talk) 14:40, September 8, 2014 (UTC)

If you're continuing bullying me,I will report to an admin.Plus you kept on mentioning that the Infernus is based on the Pagani Zonda,I will kept on putting the real life counterpart pic of the Infernus.Get it?Sean.drew.535i (talk) 12:44, September 19, 2014 (UTC)

The reason why I removed Zonda from the page is YouTubers are mentioning that Pegassi is Pagani as well as The rear of Infernus is based on The Zonda so those people are saying Pegassi is Pagani not Lamborghini.Sean.drew.535i (talk) 12:54, September 19, 2014 (UTC)

No GTA manufacturer is an EXACT replica of a real-world manufacturer. Every car model has enough different infliuences from real-world models to allow Rockstar to get away with not paying any licences for the vehicle likeness to the real manufacturers. So, yes, Pegassi isn't JUST Lamborghini, the models take influence from other Italian Marques like Pagani, Ducati and even some Ferrari. The Infernus has always had a Zonda rear end and that fact should not be removed. Smurfynz (talk) 13:01, September 19, 2014 (UTC)

Sean Connery. Seriously. How many sockpuppet accounts has this Diew kid got and how dumb does he think the admins are? Just looked at your talk page edit history from June.

I'm really wondering whether it's worth contributing here, there are far too many underage users who shouldn't legally even be playing GTA let alone wiki editing about it. Smurfynz (talk) 11:28, September 24, 2014 (UTC)

And now he thinks I've "hacked" to find his IP just because I can read his edit/talk history on the wiki. Paranoid much? I'm not bothering to report him this time, if he starts making a mess again, I'll bring it to their attention. Smurfynz (talk) 23:02, September 24, 2014 (UTC)

Most of the flag files, if named correctly, are named "Flag of (country name).svg (or .png)". If they are named incorrectly, you'll have to search the Wiki for the files (usually the first word is "flag"). As an alternative, you can download them from Wikipedia.

Doesn't work for me, shows <insert name here> instead. I found that on another wiki: <span id="InputUsername">user</span>, you may want to give it a try.

I guess this is not allowed by the Wiki's global.css file.

The reason I put that down was because there was something about the player needing to complete a challenge to unlock the vehicles. I put the link to the pages Duke O' Death and Dodo because if (for example) a person was coming to this wiki for the first time (that didn't know the names of the vehicles at hand) and they just wanted to see the additions that next gen had to offer without spending too much time surfing they would just have to scroll down to the challenges that unlock things and instead of being confused by what a Duke O' Death means in the GTA Universe, they could just see that it's a new vehicle to the series and if they wanted any more info they would go to the page. I could alter it a bit to make it say something that would make a bit more sense or better yet, YOU CAN.Mortsnarg (talk) 21:40, November 16, 2014 (UTC)

I didn't even notice that he said that. LMAOO that's hilarious man!

1stly, just confirming you were 100% correct to remove that modified Buffalo image. Your reason given may need a bit of tweaking though. Among my proposed changes to the vehicles manual of style that JBanton is looking at, we are considering relaxing the "rule" on modified vehicle images since they can spawn naturally in the game now (enhanced version). The tricky part of that proposal will be identifying pre-modified NPC vehicles and user-modified shots. That Buffalo was clearly a user modified one (biggest clue: it was from the original version, not enhanced). Plus the image wasn't licenced either.  smurfy (coms) 21:08, January 5, 2015 (UTC)

I had already mentioned in the design section that the blower (slightly incorrectly named as the ram scoop) was unique. I don't know if the trivia point is necessary? Perhaps you could just correct/expand the design paragraph slightly instead?  smurfy (coms) 21:39, January 21, 2015 (UTC)

Yeah! I literally just finished Breaking Bad last night, so I think I'm going to start watching that show. I watched the first episode about a month ago, just to get a taste, but I was still watching Breaking Bad so I didn't have the time to start up another series. I do now though! I think I'm gonna like it a lot...Mortsnarg (talk) 15:26, February 26, 2015 (UTC)

Thanks for the tip! My favorite part of the pilot for me was the boat chase where the music kicks in and it's all epic. As long as there's a few more good action scenes like that in there, I'm all set. I know I talked about it before (and I'm sure you've been told this at some point or another) but you need to watch Breaking Bad. One of the most well constructed shows of all time, and one where all of the seasons are well done and constructed really good. My personal favorite season is Season 4. It has the best tension of all of them and reveals an excellent backstory for the main antagonist. Anyway, I'll get on to watching Miami Vice sometime in the next week or so. Have a nice day! Mortsnarg (talk) 21:40, February 26, 2015 (UTC)

Before jumping to conclusions by out-right reverting my edit, perhaps you should check yourself next time. Don't bother asking me.

A) I wasn't been aggressive.
B) I find it rude how picky you're being. Instead of removing it completely, you could have spoke to me about it BEFORE removing it, as I clearly made a mistake, but I WOULD NOT add the "T20" to the list if I didn't mean it.

Hey you two, calm down... Watch your edit summaries, sometimes people may get it wrong.

I just wanted to let the Admin know that aiming an RPG at the hostages in the Fleeca Job and the Pacific Rim job does not keep the intimidation bar full. It will drain normally. Tsui K (talk) 14:34, November 12, 2015 (UTC)

Very late reply lol. I see, I was just wondering what console you had. I have Xbox One :) Anyway, thanks for the response which was like a billion years ago now XD Monk Talk 16:40, December 8, 2015 (UTC)

Thankyou very more for your help on the wikia i didnt realize my grammer mistakes because i was refomating info from sites and also thought yacht had to be capitalized but thankyou very much for helping this wikia—Preceding unsigned comment added by Mattcarnes (talk • contribs) Please remember to sign your talk page messages with ~~~~.

Regarding the recent situation with Monk

Good day, I was just reviewing Monk's Talk page, and it seems that something unfortunate has been happening. I was on a hiatus of several weeks, so I have not been up to date of any issues that may have been happening. May I ask what has been going on?

Good to hear. Thank you for bringing me up to speed with the situation.

Hey man. I've been looking at my past messages recently, and I noticed I'd been rude to you multiple times. I'm really, really sorry man. I just feel so miserable and depressed when I read these old messages and I really hope I didn't upset you man. Take care. Monk Talk 19:39, February 28, 2016 (UTC)

Regarding your message on Monk's Talk page

Good day Leigh, I have responded to your message on Monk's Talk page; please feel free to read it and respond if you wish.

Retrieved from "https://gta.fandom.com/wiki/User_talk:Leigh_Burne?oldid=911184"
Community content is available under CC-BY-SA unless otherwise noted.