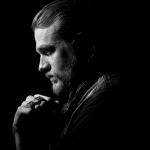 Hey, Tom. For my staff pic I want this artwork here, .

Glad to see we now have a bureaucrat who will actually do the job not just ignore the wiki and keep their position. I say the first move should be opening demotion requests for Thomas0802 & Tony 1998. You should probably archive the RfP page though. It is a little full. Leo68 (talk) 17:49, January 19, 2015 (UTC)

Anyway, I have a question.

On the RfP page it says: "To qualify for administrator rights, editors must have been active for four months with no rules violations. Administrators must receive a 70% 'yes' percentage to be promoted. Those applying for adminship will likely be asked questions on how they deal with certain situations. This is to see if a user has the capabilities of being an administrator.

Editors with rollback and administrator experience on other wikis are encouraged to apply, and based on the editor in question exceptions may be made to the length of time editing required for promotion."

Does that mean any editor can apply to be an administrator without being patroller first, as long as they prove they can handle the responsibility?

Do you think I could make the request (Since Sasquatch has done one too)? Anyway, thank you for clarifying that above.

Music on my bio?

Hey! I would just like to say congratulations on becoming a bureaucrat on the wiki! I've already said most of what I wanted to say on tthe comment on your news post, so I won't restate that here. I've got a question on putting music clips like the one you've got on your profile page/ bio. I think that's pretty cool (and I happen to be a CCR fan myself too) and would like to put some music at the top of my bio and I would like some instructions on how to do so. Thank you! Mortsnarg (talk) 05:01, January 20, 2015 (UTC)

I just stopped by here and found out that you've been promoted! Congratulations man; never thought I would see the day another person get promoted to bureaucrat. Boomer8 (talk) 07:16, January 20, 2015 (UTC)

If you want to remove the Patroller tag from Smashbro8 remove his "Rollback" and "Chat Moderator" rights as he don't need these anymore, they're included by the Admin one.

Hey, could you rename/delete the pages in the Wiki History specified? Thanks. If you are unsure which ones i mean, i will list them for you. :)

I think Smurfy is sorting it now, but i think some will need renaming.

The captures need a space between the colon (:) and the word after, eg 'Raid: LALALA'.

I think its fine, i think Smurfy has/is sorting it. I will inform you later if it is not solved...i got way to ahead of my self when i was making the pages, i just wanted the done, not realising what they were called :) LOL

Hey Tom, can you undo Hold: Operation Interrupt to Hold:Operation Interrupt move please. Thanks for being so responsive though :^)  As I've explained to MonkeyPolice, they need the space after the colon. smurfy (coms) 20:59, January 20, 2015 (UTC)

We still need some pages renaming,as i cannot redirect them to a page, as there is no page to redirect to, unlike some.

Please put spaces after the colons, thanks,

An easy way to do it is to search 'GTA: ', 'Contend :' or 'Raid: '  and see if there is a result with both a space inbetween the colon, and a result without the space.

Yeah, i'd help too but i cant, i dont have the permission. I'll help on the ones that i can put redirects on though, or try to atleast.

Thanks for sorting that out, i think there is one or two left though, like Baggage Handlers, i think. :)

I will tommorow or so, as i have just shut down my computer, and it will take ages to save images as it has a problem, at the moment i am on my Ipad, which will b impossible to make a page on! Lol.

Ahh, the image is already on, but it will still be tricky yo make a page on ipad, as i said, i will make it tommorow

I think the best we can do, taking votes and the words of Jeff and Dan, is should demote Dodo8, Mikey Klebbitz, JBanton and Thomas0802 to patroller and make them inactive. They're inactive but taking any rights away will just drive them away. CJ Jr., myself, Smashbro8 are all admins now but demoting four will leave a big gap. I reccomended Cloudkit (he is very active but may not respond to talk page messages) for a fourth position as we will have a bump in Patrollers (despite them being inactive). Also, we should make Tony inactive because he explained his absence unlike the others, and doesn't deserve to lose his rights because he has computer problems. The same happened with Istalo. Leo68 (talk) 02:05, January 21, 2015 (UTC)

Congratulations on your promotion. If I was about a few days ago I would've given a yes in regards to your request for promotion. I am sad to see two experienced good B'crats such as Tom and Ilan gone but at the same time happy that a dedicated editor such as yourself has been promoted. I am sure you know the ins and outs but if you need any advice on anything then do contact me. Messi1983 (talk) 12:17, January 21, 2015 (UTC)

the snow's really coming down here in Leeds isn't it?

same here! The British weather is an absolute nightmare. It's set to go through all night, non-stop snow. I better get the fire on!

Oh dear, you'll be wearing ice socks if you're not careful! XD, play Xbox or something to keep your mind off the cold. Lol

To see the username coloring changing, do the following:

"After saving, you have to bypass your browser's cache to see the changes.

I've closed the probation vote as successful. I added a notice to the Requests for Promotion page. The rule should go as follows;

Users who have successfully applied for Patroller rights within two months will face a three month probationary period to determine whether or not they can retain their rights. The user will be subject to a vote on the Community Noticeboard and the vote will be held by Bureaucrats and Administrators. Andre has volunteered to be the tester due to a few editing issues such as grammar issues and what Sean described as being "too keen". His probation ends on Wednesday April 15, 2015. Leo68 (talk) 17:08, January 21, 2015 (UTC)

Links missing on Sam's and my photos

I think I get what you're saying. If you're still having the issue maybe remove the patroller rights from the user - admins get them anyway. Tom Talk 23:04, January 21, 2015 (UTC)

Retrieved from "https://gta.fandom.com/wiki/User_talk:LS11sVaultBoy?oldid=741200"
Community content is available under CC-BY-SA unless otherwise noted.