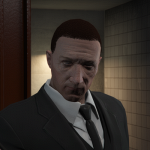 Note that I am in New Zealand (UTC +12) so bear that in mind when expecting responses to messages. I am usually online from UTC 20:00 - UTC 12:00 give or take a couple of hours. Thanks. 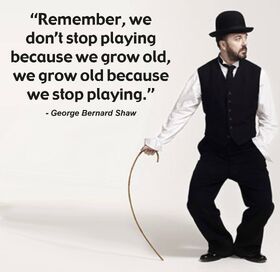 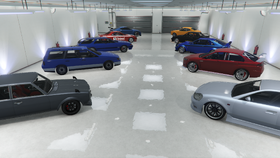 Just curious why my edit was reverted when it’s a proven fact? —Preceding unsigned comment added by Daniel Viglietti (talk • contribs) 2018-07-01 04:12:32 Please remember to sign your talk page messages with ~~~~.

Hi, I was going through the mission to-do-list and noticed that transcripts were needed for GTAV missions, just wondering where you wanted them, whether on the page itself or a new page for example: Prologue/Transcript?

Hi, I'm checking the manual of style, there are 2 things I don't understand from the "Bold, Italics and Link Usage":

Hey, Kiwismurf. Just Curious Why Was My Edit Was Reverted When It’s A Proven Fact? (On The Kyle Chavis Page)

Hi, I hope you're doing fine. I want to ask you if you could let me create a redirect page called "GTA Episodes From Liberty City". See, the thing is that with the exception of that one, all games have redirect pages when you just type "GTA" and then the name of the title (as in "GTA San Andreas" instead of the longer "Grand Theft Auto: San Andreas"). So, for the sake of uniformity and standardization when writing all the links, I would like to have that redirect page created. Regards.--Vagoperezoso (talk) 09:43, July 13, 2018 (UTC)

Yeah, I've been getting a tonne of screenshots and information about businesses, focusing on Cypress Flats lately, and noticed there seems to be at least a couple of CMC places. CMC will likely become an article for the business and if the buildings are prominent in missions (not sure?), we can designate them separate articles (since they are quite large). Monk (

Yeah, as part of the Gang Attacks updates, I'm looking at any locations that need pages (like the "Cherry Pie" Farm and I found the Great Chaparral instance of CMC was added by Cloudkit01, so it has to be taken with a fairly large dose of skepticism, except it was when he was being constructive and added legit ones at the same time. Damned if I can find any signage for it anywhere in Great Chaparral though. Smurfy: illuminate - communicate - spectate 10:42, July 13, 2018 (UTC)

Thanks for the help with the redirect page! I have one more request. I would like to have the article "Gangster Friday" re-titled to "Grand Theft Auto (song)". The thing is, I've been doing some researches and I found that the article is wrong. The actual title of the song is just "Grand Theft Auto", credited to fictional band "Da Shootaz", and the telltale sign, so to speak, is that the song is featured in the game's radios. The song "Gangster Friday" instead is credited to fictional band "Slumpussy" and doesn't play in any of the radios of the game (instead it works as the title track, and plays in the scores screen and the credits at the end of the game).

I gathered these references, you can see in the credits of the songs that Da Shootaz's "Grand Theft Auto" is listed with the songs of the radio N-CT FM and Slumpussy's Gangster Friday is instead listed as "Title track":

Do you think you would be up for it? It's either you or Sam, both long standing staff members who are equally gracious here, would be a fantastic move ahead for more potentially successful admins. What do you think? :) (No, I didn't copy/paste the message, both personalized :p) Monk (

End of the Line; Curly Bob

I've received your advice through my email and I now know what I did wrong. However, what mistake did I make while editing End of the Line and Curly Bob? Just would like to know :D

Thanks again for the information regarding my edits. I was wondering if you could revert your revert to my edits on End of the Line (Curly Bob doesn't really matter) and give me another chance to re-edit said articles. Just a thought.

Thanks for allowing me to make the necessary edits to my former edits. I've switched the 'I's into Carl or The Player, and I've also changed the link. Could you review End of the Line again and contact me if there are any more issues?

Hey Smurf, just to save you time invested into unnecessary research, just thought you should know a few things, according to the files:

Some useful information is found on my sandbox, as well as some pictures of both the cars and the spawn positions. I was planning on getting an image of each variation in each location, but that would total to hundreds of combinations and pictures, so that's off for now. Hope this helps in the meantime. Monk (

There's a list of vehicles that spawn in MP, I believe. The MP one seem to use that special spawn point opposite from the actual garage door, never noticed it in Online tbh; They spawn between 07:00 and 18:00.
The list of MP vehicles that spawn outside LSC is:

I believe I have located the index which determines whether or not a scenario can occur in Online. There's a data entry "availableMpSp", 0 seems to mean SP only (I checked boxville scenarios, as they don't occur online), 1 means both (seems quite a few have this), and 2 means MP only (that "opposite-LSC" MP modified cars parking spot has this) I'll check through to see which of the modified vehicle spawns I know of have this value:

I'd probably take this with a grain of salt, to be honest. Apparently, according to the data, the Sandking and Rat Loader don't spawn in MP, but I'm pretty sure I've seen the Rat Loader in MP at least once. It also seems that there's a lot of inconsistency regarding animal spawns in the files, some apparently "can" spawn in MP while some cannot, but it's a known fact that animals don't spawn at all. There's probably a script file that disables animal spawns and there could be one for certain vehicles too. Monk (

Talking of LSC mesa, I've just been working on a locations list for LS modded SP cars, check it out (this is a template to be implemented into articles, see Boxville for example.)

Have you seen any of these? I can't recall any of them at all! Monk (

Agreed with the police thing. I don't recall seeing it, ever. And yeah, verification in-game is usually essential since half of these appear to be different in-game. I trust the timings, I can't imaging they are overriden, and I trust the spawn positions, but verification as to whether they actually do occur and what game is usually important.

It's great that this data is finally being used in application on the wiki, I never knew what to do with it but now that it's becoming a reality in the locations section, I find it really interesting, seeing how the game plays with these settings is really cool. The locations work really well with the model set template I'm using in the NPC modified cars, showing the mods, colours, etc. Monk (

Why was the Trivia i Added to Removed? I tested it and you CAN Save the Merryweather Mesa in Trevors Garage if you Push it in with Another Vehicle

Hey, what went wrong this time? I followed all the steps you said in my talk page, I changed the name of the file and then I clicked on the "fair use" license, like you said. Why can't the photo of Lazlow stay in the article?--Vagoperezoso (talk) 21:21, July 20, 2018 (UTC)

You did an undo on my contribution of linking the image on this page. May I know why my edit was not valid and was reversed by you?

By reading this page, it appears you have a tendency to invalidate users’ contributions without leaving any rationale whatsoever. And I will not be engaging in any imbecilic edit war with such thickheads. Born2BGratis (talk) 14:32, July 27, 2018 (UTC)

Oh wow, I find your attempt at rationalizing your not using “Edit summary” ridiculous. I have never been uncivil to anyone before in this wiki. But whatever dude, you’re the one with powers here so you may use them to patronize people. This just isn’t worth my time. Born2BGratis (talk) 14:53, July 27, 2018 (UTC)

Could  you please show me where you want the table of profits to go? I could not find a right page.

Sorry if this is a repeat. New user wanting to help

Question about putting the nightclub profit table here. Where would it go and why all Caps? —Preceding unsigned comment added by Zeros are Heros (talk • contribs) 2018-07-29T04:06:39 Please remember to sign your talk page messages with ~~~~.

I invite you to explain to me how that ONE car, is more like a Mazda RX-3, then a Nissan C110 GTR.

It's clearly a company parodying Nissan, and every other car is listed as Nissan, but that -one- vehicle is suddenly a Mazda? Why?

I mean listen to the engine, it even sounds the same.

Okay, allow me to provide you with some more evidence--

Rear of a Mazda RX-3

I will admit it's not as fat, but the general body shape only confirms to this because it isn't as wide-- basically because of these windows--

You're calling it a Mazda? Why? The whole Annis lineup is Nissan and this vehicle, besides the fact that it's more narrow, is almost exactly the same as a C110. The only areas it differs are it's thickness and the rear window. As opposed to say, the grille, the rear lighting arrangement, the tires--

If that rear window were flush with the body, it wold be indisputable.

I noticed the message you left on my talk page regarding the images I sent. Is there something wrong with them? Or perhaps I chose the wrong category option for them when I first uploaded them. I tried to change them up a bit, but I couldn't find the easy way. Do you know how I can change the images so that I can declare them as being screenshots I took in-game?

I also tried to edit one of my character info-boxes with additional information, but it wouldn't let me. Why is that?

I know for the fact that we haven't gotten along well since the last discussion, but I'd like to discuss what happened on my talk page with you. What happened, and how I can fix it?

Hey, what did I do wrong here? The site didn't give me much detail, if this is on the Victor Vance page, I stated quite clearly that was not to taken as any form of canon and it was very much a fan theory. This wiki is FULL of those, I didn't mean to be misleading or anything. Just let me know so I know what not to do in the future. —Preceding unsigned comment added by FullStateFeedback (talk • contribs) 2018-08-11 15:53:37 Please remember to sign your talk page messages with ~~~~.

Answered quite clearly by the warning on your talk page. Read the policies. Smurfy: illuminate - communicate - spectate 22:21, August 11, 2018 (UTC)

Retrieved from "https://gta.fandom.com/wiki/User_talk:Kiwismurf?oldid=1092832"
Community content is available under CC-BY-SA unless otherwise noted.