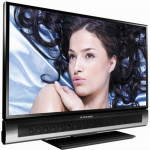 Hi, welcome to GTA Wiki. Thanks for contributing to the Dolphin page, and for taking interest in the wiki. Please leave a message on my talk page if I can help with anything, or as alternatives, leave a post on a forum, or refer to the Help pages. The Tom (talk) 21:58, October 15, 2013 (UTC)

What you're adding isn't even remotely trivia, it's an opinion. Opinion's aren't trivia.TPShadowDragon Born into flame! 18:00, March 7, 2014 (UTC)

It's not trivia as you're saying it's a resemblance to something from another series which is an opinion.TPShadowDragon Born into flame! 23:02, March 7, 2014 (UTC)

No, it doesn't. Because it's irrelevant and you're taking something from a completely unrelated series which is just simply opinion.b>TPShadowDragon Born into flame!</b> 00:56, March 9, 2014 (UTC)

It's not important enough to merit an appearance.TPShadowDragon Born into flame! 01:25, March 9, 2014 (UTC)

I grew up with Pokémon and I'm aware of what it looks like, it's a simple coincidence and it's not even important enough to mention, shit like that happens all the time.TPShadowDragon Born into flame! 12:22, March 9, 2014 (UTC)

Because it's honestly doubtful Rockstar would be that subtle, you keep saying it deserves to be on the page but you don't say why, it's making your argument VERY weak. It has nothing to add to the page, it's unimportant and just plain stupid. It's pretty much the same as adding on Trevor's trivia that he looks like Jack Nicholson with a certain hair style.TPShadowDragon Born into flame! 17:19, March 9, 2014 (UTC)

You're continuously adding something when you were told to discuss it in a civil manner.TPShadowDragon Born into flame! 18:38, March 9, 2014 (UTC)

I stopped editing when I got the warning so then I moved it to a different article hoping it would settle things but then you just removed it again. I placed it in the appropriate article but you still refuse to give up. Ice finn (talk) 18:48, March 9, 2014 (UTC)

This discussion isn't getting anywhere. I'm not sure what to suggest about this, I don't think it should be on the Infernus page. But if you read the "References to other video games" section of the Easter Eggs article, it doesn't seem too out of place. It is an opinion, but it is a popular opinion. This isn't the first time this has been added to the article and I doubt it'll be the last. It could of course be a complete coincidence, but Rockstar do like to put little references in games. Tom Talk 19:49, March 9, 2014 (UTC)

I've got an idea, which I'll relay to The Tom, instead of stating it to be a reference, a section should be added on the page where it's something like "Possible references" and a note says something along the lines of "Below is a list of possible references to other media however these are unconfirmed and may be false."TPShadowDragon Born into flame! 00:40, March 10, 2014 (UTC)

Hi,The video I posted in Franklin Clinton was fan made but it came to the Rockstar Newswire  and its Rockstar Verified So I  thought it should be there, should I post it again  Steve732 (talk) 07:03, March 9, 2014 (UTC)

If you don't believe as I'm always blocked the Dukes is available for the Old gen and New gen.This is mentioned on Rocksatr games social website on this article in the rockstarnewswire.com said that "A host of new, exclusive content also awaits for players returning from the PlayStation 3 and Xbox 360 versions including rare versions of classic vehicles to collect from across the Grand Theft Auto series such as the Dukes, the Dodo Seaplane and a faster, more maneuverable Blimp; activities including wildlife photography and new shooting range challenges, new weapons and more.Sean.drew.535i (talk) 13:13, September 19, 2014 (UTC)

Retrieved from "https://gta.fandom.com/wiki/User_talk:Ice_finn?oldid=853452"
Community content is available under CC-BY-SA unless otherwise noted.