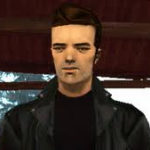 Well I've just checked on a few articles and the template is still present, but if you feel that an article is a stub then you can always add the stub template, just add {{stub}} to the top of the page. Tom Talk 18:33, July 28, 2012 (UTC)

I've contacted Wikia about it, they won't ban him initially they'll just ask him to remove all the copied info. If he does it again however then they'll most likely block him and if he is the Wiki's creator then they'll delete the Wiki. Tom Talk 16:18, July 30, 2012 (UTC)

You added a candiate for delettion tag to this page saying it already existed, could you send me a link to the page, I can't seem to find it. Tom Talk 19:53, August 1, 2012 (UTC)

You've corrected some grammar in some things I wrote, so I came here to thank you.

Many thanks. i had a feeling he's gonna screw up my page after I told him he's an retard. :)

It's sorted for now, but in future could you not message the vandal, it just provokes them and gets them back here. I've learned this lesson the hard way myself. Tom Talk 15:29, August 10, 2012 (UTC)

Okay man, just doing what I do worse.

Last night, I created two pages "MIssion Passed" and "Mission Fail" which is featured in every GTA games, then you added them to Stub to expand later, and now it was deleted for no reason. My question is: why you deleted my 2 page few minutes after I created them and giving no valid reason. GTA Rouward (talk) 00:18, August 15, 2012 (UTC)

And now, that kid's blocked. I warned him if he will edit one more false info, I'll block him for 1 week. It sad that people don't listen to warnings.

Sorry for disturbing you.I thought those links needed to be removed because there is allready a list of the games the vehicle appeared in inside the info box.Boomer8 (talk) 22:04, August 17, 2012 (UTC)

Well, I was already an Admin on other wikis, so I do great. Tough I just came from vacation. I've had some terrible headaches because of the road... anyway I'm fine now. See ya!

Yes, I know. How can he be so sure about that? Rockstar's new employees probably just messed the name!

I'm not trying to be a nuisance, I'm just trying to help the wiki by making the page look better. It seems too cluttered for my likings. I didn't delete the description, instead I re-positioned it. It's still there just without the heading. I would appreciate it if you would stop targeting all my edits! William Patterson (talk) 20:27, August 22, 2012 (UTC)

Fair enough on the Double T re-edit, I originally thought it somewhat resembled the RSV4, but the more I looked at both bikes, the less I saw the resemblence. If others think it does resemble the RSV then fair enough.

hey huang i know you just want to keep gta wikia with the truth and i respect that but why did you delete my last sentence on the burglary side mission. dayne celeste

hey huang thanks for re-editing that report i did on the burglar side mission in gta san andreas i just found out even in enemy gang territory the player gets taunted and his vechile gets punched and kicked to get him out of it sorry about my mistake. -dayne celeste

Sorry for no time

The Stretch isn't confirmed in GTA V, that's why I undo the other revision. istalo, August 24, 2012.

the other day I thought of checking out the page I made about a character in GTA CW which emailed the person which is supposed to be your father(Huang Lee) .

And, to my surprise the page wasn't there. Remember when I added the "Code Wanker Meet" to the 2008 page? I saw that you changed the link directing to the Mr. E. Mann page but didn't think it was that much of a thing until I realized it was deleted.

Did you have anything to do with that?

Hey, I remember you. Well, I mean, I've seen you around in blogs and talk pages with Ilan. So how have you been during your hiatus?

Retrieved from "https://gta.fandom.com/wiki/User_talk:HuangLeeSon375?oldid=433220"
Community content is available under CC-BY-SA unless otherwise noted.