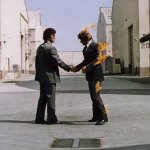 Hi, welcome to GTA Wiki! Thanks for your edit to the Tropic page.

Hey Rique. I noticed that while you follow the image policy's in terms of naming, you don't add a license to the image. If you want to see what licenses are available, you can check Category:Copyright.

I've been away for the past six weeks, so I'm grateful to all contributors in my absence. I have however noticed you are quite knowledgeable when it comes to aviation, better than me I hasten to add. It's great that we have you contributing here. If you are going to use PS3 GTA Online and ever need some extra firepower or help, let me know. JBanton (Talk | Contribs) 13:03, September 2, 2013 (UTC)

Wow, thank you! I don't really know much about aviation (At least not as much as I wish), I just like aircraft a lot and enjoy contributing to those pages. Furthermore, I never expected someone thanking me for editing pages, I honestly feel flattered. Welcome back and keep up with your great administration, and you can also certainly count with me for PS3 GTA Online too! Cheers, mate! (Henriquedematos (talk) 13:25, September 2, 2013 (UTC))

Credit where it is due, your knowledge with aviation is valuable to our wiki. I can learn a thing or two from you as well. Keep up the good work, I'll add you to my commended list on my user page when I next visit it, it would be an injustice not to. JBanton (Talk | Contribs) 13:49, September 2, 2013 (UTC)

I was looking at the page for 'Race 'n' Chase', and was wondering where you managed to get the screenshot from? I have and interest in the history of 'sandbox' games, and would like to know when it was made.

I think it was from a gaming magazine a few years ago, if I'm correct. There sadly isn't much information about it on the internet, that screenshot and a partial description of the game is all we get.

Here, an interview with Gary Penn where he speaks about said game: http://www.gamasutra.com/view/feature/6274/the_replay_interviews_gary_penn.php?page=2

I'm pretty confident Rockstar isn't against map posts. They even gave license for it to be debated in the GTAforums. (Henriquedematos (talk) 21:33, September 10, 2013 (UTC))

It was on the hands-on previews. I'm not exactly sure in which one, but read the summary:

Hey | was just wondering how you got the pictures of the cars in the GTA Online garages so quickly? (e.g Albany Roosevelt)

Hey there! I wasn't the first to find it, some people had already discovered it before. All I did was to open a pic that was in the Vehicles section of my Social Club GTA V / Online stats and, in the image link, changed the filename to "roosevelt".

By changing it in the end from "ruiner.jpg" to "roosevelt.jpg", we get...

The same thing with the Gusenberg Sweeper.

Ah right very cool! Thanks for the tip.

It's ok. I put the info back there in my edit, but changed the wording a bit. The reason I changed the head image was, because I think it's better have an in-game shot on the top instead of one from the Social Club. I don't think it's that bad, if the image is twice on the page right now, but you can take a new stand-alone shot for the infobox if you want. Switch101 (talk) 21:26, March 25, 2014 (UTC)

Do you have any proof the pics were on the article before they changed? These pics seem very suspicious. Notice how the Zentorno in the garage pic seems to have a poorly made grille. Carl Johnson Jr. (talk) 12:43, April 17, 2014 (UTC)

I'm afraid I don't have much proof other than claims from the forums and Reddit - But then again, I doubt someone would go through the trouble of digitally altering those screenshots just to fool us on an update a few days from release. Both pictures look quite official to me, the rifle and the (Supposedly) Huntley follow Rockstar's design pattern and it makes sense they would replace the pics with better and more discrete ones. Also, the top of the (Supposedly) Huntley has been seen before in leaked files. (Henriquedematos (talk) 13:53, April 17, 2014 (UTC))

Sorry for the slow reply, the navbox will usually have lower case letter near the top, one of whcih will be an "e", to allow editors to edit. Alternatively you can manually use the url i.e "gta.wikia.com/template:[templatename]?action=edit

Please stop reverting the edit, it is fine how it is, it is mention atleast 3 times on the page

To be a bit clearer, when involved in an edit war, please do not constantly revert the other user's edits and instead try discussing with him, either on his talk page or the article's talk page itself (like Talk:Jet). Thanks!

The following pic displays all my activity on the day you issued the "Vandalism" warning. All of those edits include legitimate content and none of them have been reversed whatsoever. Certainly there must be a mistake here? (Henriquedematos (talk) 09:12, January 17, 2016 (UTC))

Well, crap, I just checked it again and apparently one of my edits, the Ruiner one, was reversed, and rightly so. Turns out I actually edited an older version of the page I was reading through in the history section, which is why a lot of unwanted changes were accidentally added to my edit. My bad, if something, it wasn't intentional vandalism. Re-edited the page with the correct into I intended to add. (Henriquedematos (talk) 09:51, January 17, 2016 (UTC))

Hey there. Thanks for cleaning up the Pfister page. I originally put the images in the table but the user before you removed them (sigh), so thanks for restoring it. Me and a couple other users are currently going through updating these manufactures by moving the gallery pictures into the table itself, because as you said, it's aesthetically more pleasing. Thanks :) Monk Talk 17:56, June 28, 2016 (UTC)

I appreciate you're trying to help but can you cut the attitude? Shouting 'NO' and 'NOT' really isn't appropriate here, and it's occurred multiple times. You don't have to act hostile to edit here you know. Mr. Ferrari (talk) 18:12, July 3, 2016 (UTC)

Goddamnit, I'm so sorry, I swear it wasn't intentionally rude on my part. I added the dumbly comical "Pl0x don't change it k?" on the end of the edit summary precisely for that effect, to make sure it didn't sound like I was being an arrogant bastard. Please excuse me for failing at that, I'm hardly a good editor but the last think I want to be is rude with the other editors :/ (Henriquedematos (talk) 18:45, July 3, 2016 (UTC))

Retrieved from "https://gta.fandom.com/wiki/User_talk:Henriquedematos?oldid=915948"
Community content is available under CC-BY-SA unless otherwise noted.