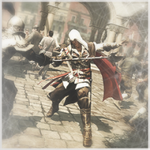 Use : at the start of all your lines to indent your replies to someone else, like this line.

If a message is left here I will reply here. Anything about myths, mods, fan fiction, unreleased games or nonsense will be ignored. Myths/mods/speculation will ALWAYS be ignored. Questions on these ask another person.

For the best times to leave a message for a prompt response refer to the activeness chart on my userpage. Also don't add into a section if it doesn't relate to your query, and look for the dates of the posts.

Also, there's user:GTA3RULES. He also called me a 'cockbrian'. I have no idea what that is, but I'm assuming he meant to call me a 'cockbrain' and misspelled it. I think I'm the focal point of his assaults because I proposed his eloquent article FUCK OF GTA 4 SUCKS BALLS!!!!!!!!!!!!! for deletion. I'm proposing a permaban, if Wikia even does that. MAINEiac4434 01:26, August 28, 2010 (UTC)

Explosion Out of Commission

So did u see the explosion. U said u dont reply to myths but u did at first. U said u were gonna play it. S u should have seen it now.NT92

U must be blind, or u are not looking properly. Even Chimpso who is an idiot said he saw an explosion. Key word, "explosion" not the boat on fire.

No i don't need to work on my spelling it's fine. This is a talk page, im not really concentrating on spelling im typing fast and not really checking it. The explosion is there i have seen it, when i can get evidence i will, i dont have recording equipment atm. But Chimpso is a hypocritical fool.

Alright then get proof, and STOP harassing users. Keep your (bad) opinions about other users to yourself. --Gta-mysteries Talk 17:31, August 13, 2010 (UTC)

There is no such thing as a bad opinion, an opinion is an opinion, thats it. Calling him a fool is not harrasing him.

Ok but at least u understand accepted it.

Actually, last time I checked, "fool" and "idiot" actually are harrasment. If you have bad opinions about me then keep them to yourself. Don't go expressing them all over talk pages. Chimpso (Talk) 03:14, August 14, 2010 (UTC)

I wanted to ask how you got those big HUD icons of the weapons in GTA Liberty City Stories as shown here. So I could extract all of them, and maybe the Vice City Stories ones aswell. --DutchHawk 19:42, August 13, 2010 (UTC)

All those came from the German GTA Wikia. User:Zaibatsu is the one who uploaded those, I just uploaded them here. --Gta-mysteries Talk 05:54, August 14, 2010 (UTC)

Hey, Gta-mysteries, why did you edited the "The Green Sabre" and "Burning Bridges"? It's true that you will lost your weapons on those missions.

In GTA San Andreas, there were w few missions that did this (The Green Sabre, The Da Nang Thang, and others). But Burning Bridges you could get them back. --Gta-mysteries Talk 08:13, August 15, 2010 (UTC)

Well I said "although there are few weapons beside the Sentinel, the others are gone".

I think that those categories are not needed. First off, I don't think towns are considered districts of a certain county. And besides, there's already a category for the towns in the game. Second, I wouldn't consider, for example, Flint Range as a district. Rural areas (not towns) aren't really considered districts; a common definition of the term is that a district has to be administratively divided, and I don't think these types of rural areas have a local government. However, the main point of deletion is that it's just a redundant category of two existing ones. Consistency isn't really needed here. Masterpogihaha 04:21, August 19, 2010 (UTC)

Yeah, I've been wanting to delete that as well. Places in the game can be found in their respective categories for that region (e.g. Places in San Fierro, Places in Tierra Robada, etc.). The only reason I could find not to delete the category is for places wherein it's not exactly sure which region it belongs to, like the San Andreas Sound or the bridges in the game. Masterpogihaha 04:55, August 19, 2010 (UTC)

Should we use the name the categories "Areas in ..." instead of "Districts in ..."? I don't remember the game ever calling these areas "districts", most notably in Vigilante and Firefighter where they are called "areas".--spaceeinstein 05:04, August 19, 2010 (UTC)

thank you for the welcome

its an honor to be a new member for the GTA wiki I love R* games and I am a huge fan. Hopefully you can show me more of how to edit.

I did not know there was a drug gang page! I was just scrolling the needed page and knew a bit about them.

I was a little interested in myths but now I find them a waste of time, and nothing more stupidity by many gamers/fans only keen to spread speculation like wildfire. --Gta-mysteries Talk 21:58, August 23, 2010 (UTC)

Make up Your Mind

How come the Speeder's Article has both the car and the Boat but the Blade (GTA IV) has two seperate articles. T just tried creating a page called Speeder (car) and it saind that you would not allow it as users were constantly creating the page, Make up Your Mind. Hangin 03:44, August 25, 2010 (UTC)

This is already on the User:Gtabot page, but in text form. I shall add the image to make it stand out (although not THAT much!) Not sure he does enough to warrant a big red button THAT big, but you never know... Gboyers talk 01:55, August 25, 2010 (UTC)

how do i get userboxes

Why are you asking me? I haven't even made an edit to the Millie Perkins page, or at least not recently.

Could you please tell Nt92 to stop harassing me in my user page?

Well, I understand your motives about the deletion of that recentley-created page about the Fly US planes, but I still think it wasnt necessary to delete it. You can blame me since I has the one who added the mod stuff to the page, but still... Well, couldn´t the page be restored? Even without the mod stuff I thought it was, at least, an intresting addiction to the Wiki, and since the Fly US planes are very common to be seen flying around Liberty, I think that a page who is simply about the plane´s airline isnt that enough. After all, If there´s even a page about the Airtrain, why not one about his equivalent in the GTA IV era?

I ask you with all the respect to sincerley reconsider about the deletion of the page. (05:23, September 2, 2010 (UTC)) (By Henriquedematos)

You see there was no problems with the page, it was just that in most cases we can't have "made-up names". We need to try to keep things as official as possible. Now you could add in the information about the plane on the FlyUS page. Just create a new section about it. Something like "Planes" or something. Hope that helps. --Gta-mysteries Talk 05:27, September 2, 2010 (UTC)

If this page can't be on the wiki tan how about deleting the following pages?

It's best to have trivial information on related, already existing pages. There are too few information on the FlyUs jumbo jets so it can easily be placed in the FlyUS page whereas the pages you listed cannot be easily listed under an existing page. Another example where a page is not needed is Coastguard Maverick, where it can be easily placed in the Beta Vehicles page. It is way too short to have its own page.--spaceeinstein 20:29, September 6, 2010 (UTC)

Why did you revert my edits, once I found one in San Andreas, I just can't remember where

I'm telling you I found one

What are your opinions?

What are your opinions on Grand Theft Auto: San Andreas?

How do i accomplish this mission cause i suck in it and i always lose.User:Charbel2001

no rude intent here, but I loled when I saw your 15, yet an admin on an 18 rated game site xD keep up the good work, your proof that not everyone whos young and plays GTA stabs their grandmother Zachariah Zuan 21:53, September 8, 2010 (UTC)

Retrieved from "https://gta.fandom.com/wiki/User_talk:Gta-mysteries?oldid=264948"
Community content is available under CC-BY-SA unless otherwise noted.