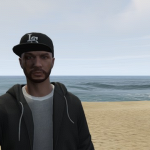 I've noticed that since you've started editing here, you've generally made articles worse.  You've deleted images and made some grammar worse. If you continue to do so I will have to issue you with a block. LS11sVaultBoy (Talk) 17:49, December 20, 2013 (UTC)

You have been blocked for 3 days, not only for removing the content from articles, but for removing the warnings from your user talk as well. LS11sVaultBoy (Talk) 20:31, December 22, 2013 (UTC)

Please elaborate on how I've generally made articles worse and my bad use of grammar. Please respond. GrandTheftEditor (talk) 05:12, December 23, 2013 (UTC)

Here you made the title grammatically incorrect and also I think the article was better with the old information. On the same page you removed perfectly good images that although had bad titles, could have been changed. You then also added information to do with a shipping container that personally, I don't believe anyone is bothered about. For all this, I just gave you a warning. I was then told by Cloudkit that you had removed my warning so as a minor punishment I blocked you for three days. I then noticed that you had performed an act of Sock puppetry so you are now blocked for 1 month. LS11sVaultBoy (Talk) 19:12, December 24, 2013 (UTC)

This is a joke, right? Firstly, you give me negative feedback by saying that the information I add isn't bothered about by anyone. Instead, point out areas in which I may need to improve upon. I'm still struggling to comprehend why millions of users are still joining this wiki. Secondly, give me a warning that by deleting my messages I'll become blocked. Don't expect me to know that this is wrong. Finally, how are users who join this wiki meant to know that creating seperate accounts, known as 'Sock puppetry', is forbidden. I'm out. GrandTheftEditor (talk) 03:27, December 26, 2013 (UTC)

I don't have a problem. As I've asked LS11sVaultBoy to do, would you mind elaborating on which content I've deleted and how I've messed pages up. Please respond. GrandTheftEditor (talk) 05:12, December 23, 2013 (UTC)

RE: Starting a new wiki

You have to create one, most people do this using photoshop. If you need help designing a new Wiki then you can ask Wikia Staff at Community Central, they have people who help with this stuff. Tom Talk 12:18, January 5, 2014 (UTC)

I'll keep that in mind. I've used a new colour and font instead.

When clicking on certain pictures, text appears, reading: 'Oops. This item is no longer available, but now that you're here, explore the GTA Wiki!' Why is this? Grand Theft Editor (talk) 07:06, January 8, 2014 (UTC)

Hi. Is it possible to not have every page you view automatically followed? Grand Theft Editor (talk) 06:07, February 1, 2014 (UTC)

Hey GrandTheftEditor! Can you tell me what district the Big House Storage Inc. is located in?

Hi, I receive an e-mail every time a followed page is edited by someone, but it is easier to just check the "Followed Pages only" link in Recent Wiki Activity. I don't know if there are other ways, maybe an administrator could answer you more accurately.DocVinewood (talk) 19:06, February 4, 2014 (UTC)

When I stated that 'he was the one who created the Epsilon Program robes', I was referring to Sebastian Dix. Although I can't verify that statement, I discovered it here on Orcz. Grand Theft Editor (talk) 07:27, February 15, 2014 (UTC)

I tend to photograph a lot of stuff using Snapmatic whenever I discover a new location/building. If you want, you can take a look at my Snapmatic page to see any pics you would like. Carl Johnson Jr. (talk) 15:06, February 16, 2014 (UTC)

Retrieved from "https://gta.fandom.com/wiki/User_talk:GrandTheftEditor?oldid=892050"
Community content is available under CC-BY-SA unless otherwise noted.