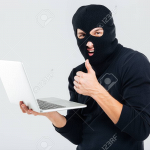 Hi, welcome to GTA Wiki. Thanks for contributing to the The Beat 102.7 page, and for taking interest in the wiki. Please leave a message on my talk page if I can help with anything, or as alternatives, leave a post on a forum, or refer to the Help pages. The Tom (talk) 12:44, April 16, 2014 (UTC)

The year the Premier and GTA SA have in common is not trivial. Reinstating this 'trivia' without a proper reason is edit warring.
And living somewhere doesn't make you any more valuable than anyone else on the wiki - just as much as jobs, background stories or lifestyles do not make facts any more true on the wiki. Don't use edit summaries to edit war. Monk Talk 08:14, February 18, 2017 (UTC)

Okay, so the point you are making about the Premier is not exactly what you worded on the page - your trivia followed the words of "Premier was made in 2004. 2004 was the year GTA SA was released". This means absolutely nothing as it has no context to the page. If you had stated, "The Premier was made in 2004, which is the year GTA San Andreas was released, featuring the first appearance of the Premier.", it puts the trivia into context. Thanks. Monk Talk 17:43, February 21, 2017 (UTC)

The reasons your edit was reverted:

Well, firstly you listed it before all the other influences (other than Desert Shores), and secondly, similarity does not equal influence. In most cases, influences should have some evidence that shows the developers had it in mind when they were creating the in-game equivalent. In the case of the other Salton Sea towns listed, they are all source material for various non-generic buildings and landmarks around Sandy Shores. Smurfy: illuminate - communicate - spectate 00:12, February 21, 2017 (UTC)

The mentioned logo which was very close to Under Armour is very likely fanon. Both Hijak vehicles use the same badge design as seen on the Hijak infobox and there is no evidence as far to my knowledge that Hijak used a different logo than what is currently seen in-game. In fact, the vehicle badges, the Legendary Motorsport website, the GTA Online personal garage infobox UI and Online shirt designs all have the same logo design while the UA style Hijak logo seems to have originated from the GTA Wiki and not the actual game, This is the reason for its removal from the Hijak article. The likely reason for its existence is someone likley thought it looked like the AU logo and therefore made a "Hijak" logo by editing the AU logo.TheSecretPower (talk) 21:33, July 9, 2019 (UTC)

I have deleted your overwritten copy of this file as the original is currently validly in use on the 69 page. Please re-upload the extracted texture with a valid name and "This file is copyright to Rockstar Games" licence and re-add to the Skateboard page. Smurfy: illuminate - communicate - spectate 21:05, January 6, 2020 (UTC)

Retrieved from "https://gta.fandom.com/wiki/User_talk:GlockProductions?oldid=1204789"
Community content is available under CC-BY-SA unless otherwise noted.