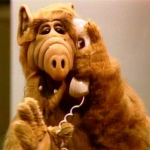 Regarding your Chat question

Good day sir/madam, I apologise for not answering your question while you were in Chat, I was asleep at the time.

After reading your Chat messages and the Washington article, I believe that your trivia note is sound, and should stay where it is, as the GPS voice is not a universal feature of the Washington in all games, and therefore should not be added to the top of the page. However, please remember to write sentences in third-person format (him, her, the player, they, etc.), rather than in second-person format (you, your, our, etc.) when creating or editing articles, as this wiki is meant to be written in the manner of an encyclopedia.

By the way, thank you for the congratulations on my promotion to Patroller.

It is slightly confusing, but after a while (and after I work through all the vehicles to certify description-speeds), it will start to make sense:

Other speeds, such as those mentioned in the main paragraph "Performance" section, are likely incorrect (assuming they're not matching any of the speeds in the table); these are the speeds I'm working on fixing, as the user who added these (to every bloody vehicle article, too) has incorrectly tested them.

Yes, I did forget to shut down my computer before going to bed, which was why I was in Chat for so long, and why Monk kicked me from it (no hard feelings towards him).

I will try to do that in the future; thank you for the advice. Also, you need to enter two square brackets when creating a link - in your case: [[User:Monkeypolice188|Monk]].

UPDATE: You seem to already be aware of your mistake, as you have already corrected it: if so, please ignore my advice.

Email it all to me.

Apologies for not joining Chat, I was asleep at the time.

Add this into MediaWiki:Wikia.js (if it doesn't exist, create one)

Come on, man. By saying that Monk has a condition doesn't mean that it's my fault. I know, Monk would get angry, but do you think I'm not angry on something?

Yes, I would. I'm trying not to be upset at these mistakes, but when I get angry, it's because I've had enough of these mistakes (especially when being upset twice by the same idea of "don't touch the car variants' pages", and all these Schafters are not a tiny problem).

For now I'm not leaving, but I stated before: One more mess and I'm out. Simple and clear. --

I'm so so so so sorry man. I'm really sorry. I appreciate you as a best friend, and I don't want to lose you. I just felt scared as you were acting weird, I'm so sorry. I deleted and deactivated my WhatsApp account as I was so hurt. It was my fault and I hope we are still friends. I didn't mean to do it and you are still my friend. Let's not fall out. Mr. Ferrari (talk) 17:50, March 11, 2016 (UTC)

Retrieved from "https://gta.fandom.com/wiki/User_talk:General9913?oldid=973173"
Community content is available under CC-BY-SA unless otherwise noted.