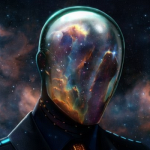 Funny enough, after reverting the edit last night (my time zone) I spent a while trying to get it to spawn to test just that. I had only ever parked it next to my saved Kifflom Tailgater to compare. Happy for you to revert if you have tested as stated.

Answers:
1) Talk pages are for discussions related to the improvement of an article. If you have a question relating to the article itself, you can ask another user or make a forum post.
2) I have just checked and you are right, there is no mention on the Chef page. However, it is mentioned on the Planning the Big Score page that previous experience does not affect Chef's performance if he is selected for the heist. That was where I saw it, so I apologise for misleading you there. I will add that sentence to the Chef page in due course. Sam Talk 16:53, June 4, 2015 (UTC)

It is a strange rule, you're right, but it was decided before I arrived here. With regards to comments, I think they were originally on this Wiki until they were removed, but that was also before I arrived so I don't know why they were removed. With regards to forum posts, they appear on the Wiki activity feed so if you do ever post a question they will usually get answered quite quickly. Sam Talk 09:25, June 5, 2015 (UTC)

You can read here for Wildbrick's current technique. 1080p is obtaibnable from PS4 screenshots or PC video capture (I just use AMD's bundled Raptr on my PC). PC versions you can turn everything up to the highest settings without worrying about playable framerates if you are just posing photography subjects. Director Mode gives you fine control of lighting. Bingo, good shots.

Well, the first time I saw a pre-modded car in the PS4 version it was a Jester on Portola Drive, being driven. I jacked it and took this shot which is already in the Los Santos Customs gallery. smurfy (coms) 05:26, June 14, 2015 (UTC)

I usually freeze time at 12:00-14:00, freeze weather at "Extra Sunny" and clear area of everything with a trainer. Then I repeatedly spawn the car (so that I will get it's default traffic color) and choose the default color I like the most. Then I go to any random spot (preferably car parks), park the car so that the shadow is behind the car, not visible on the screenshot (so that front is clearly visible) and start recording with Rockstar Editor. All clips are the same; I stand away from the car and repark it in opposite direction to avoid shadows - usually a 30 second clip. Then I just max out most graphics, load it up in Rockstar Editor, use free cam to get the angle, hide HUD and then take the screenshot.

It takes me around 10 mins to take screenshots for one car - my PC doesn't really have a graphics card so it runs at 8-10FPS when I max out most of the graphics.

About the data that you collected from the mission The Bureau Raid, I would like to add some information from my own.

First, an inexperienced Karim Denz will inded takel longer to arrive to the Bureau and will also use a black van to collect the crew, thus making the player need to hold his position against the police while waiting for Karim and also lose the wanted level that he acquired during the mission after Karim arrives. I tested this on my own game and I can confirm it.

Second, the hacker portion of the roof approach is confusing to say the least, for my own experience, an inexperienced Rickie Lukens always have difficult providing the information the player needs to hack the computer and also shuting down the sprinklers. However, I have seem some players report that Rickie is able to shut down the sprinklers even without any previous experience. The same think applies to Christian Feltz, with people saying that he can shut down the sprinklers and others saying that he can't, but it's consensual that he don't have any difficult with the information about hacking the computer Unfortunately, I can only test both hackers without any previous experience, since I don't have any other save.

The covert approach is curious, I remember that Daryl Johns always was the gunman who died, regardless if the other gunman that you picked was a bad of a good one. And when I picked Norm Richards and Hugh Welsh they seem to die at random. Can you share more information about this part? Especially about the different dialogues that may happen depending of with gunman you choose as the first or second one.

Again, feel free to update The Bureau Raid and Architect's Plans with any more information you have. DLVIII Talk 13:49, June 27, 2015 (UTC)

Well, let's see. I thought about separating the crew members depending of the approachs in The Jewel Store Job page, but like you said, they are just too similar. The hacker part is identical in both approaches, and the driver part is also very similar. The gunman part is pratically the only one that changes. I don't think that I have to explain to you how they change, since this information is already present in the article of the heist.

I'm currently playing on a X360 with all the available updates. (Planning to upgrade to a XOne by the end of the year) I don't think that theres any major diference between the X360 or the PC as far as I know. So this should be no problem.

If you want to test the roof approach with an inexperienced Rickie/Karim, then you can simple repeat the mission through the mission selection menu. Before starting the heist, the game will ask you again with approach you want to use and with member you want in your crew. By using the menu, you will have access to all the following crew members:

I made the same question to myself about what happens at that door if you pick two good or two bad gunmans at the same time. Gustavo and Packie never died, they would always be knocked out, but as soon as you picked then up from the ground they would be ok. And the bad gunmans always confused me, because they samed to die at random, but it looks like that you solved the enigma and the order that you choose the gunman is what determines if he will die or live.

I also remember that Michael forgives him if he is experienced, by saying: "That's fine, just be more prepared next time." While if Rickie is inexperienced, Michael insultes him. But I also remember seeing somewhere (I think it was a playthrough), that he was able to turn off the sprinklers, and even make a joke along the lines of "Is it still raining, gentleman?" Can you try to confirm this? I will not able to test anything until next Tuesday, thank you. DLVIII Talk 15:52, June 27, 2015 (UTC)

Interesting, I will add that to Rickie and Christian pages. Christian commentary really give a hint that might exist a time factor to determinate if they will be able to shut down the sprinklers or not, but its still just a theory. Regardless, nice job finding out all this stuff. I can only imagine how much work we will need to put on The Big Score after this. DLVIII Talk 14:38, June 28, 2015 (UTC)

Hi , yes in past i play on ps3 and adder always spawn when i pass the porthola drive but rarer in pc , even in day and only spawn about 1/20 pass —Preceding unsigned comment added by J GTA (talk • contribs) Please remember to sign your talk page messages with ~~~~.

Yeah, welcome back. I did vaguely remember the name and a quick review refreshed my memory.

The Assassination stock tips are mostly out of date since about 1.14 in the enhanced versions at least. I have not checked if PS3/Xbox360 still get those sort of returns. As mentioned on the Lesters Assassinations page, it is assumed the returns were limited to prevent players hitting the integer ceiling and causing bugged money issues in single player.

Until someone tests the old platforms, I don't think we should be replacing the returns info, just supplementing it on each page sort of like we did with this on the main page. Smurfy: illuminate - communicate - spectate 19:42, January 29, 2018 (UTC)

Yes, the nerf happened in 2015 so that image was definitely pre-nerf. So by all means add info (including screenshot evidence where you have it) for current returns. Several others have tried to add info here and there (with varying degrees of coherence, which I have cleaned up a little bit) but I have not made any effort to re-test and verify myself (in either version). Smurfy: illuminate - communicate - spectate 20:14, February 1, 2018 (UTC)

Retrieved from "https://gta.fandom.com/wiki/User_talk:Dsurian?oldid=1049676"
Community content is available under CC-BY-SA unless otherwise noted.