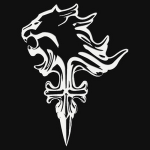 I need your opinion about them here.

Congratulations, you are now an administrator. Everything is sorted and your name's color has even changed instantly. LS11sVaultBoy (Talk) 21:47, March 13, 2015 (UTC)

Hi Doc. I think this page will be re-created. It's a "Gear" item rather than just decorative clothing. Comes under the same category as Gas Mask, and the Night Vision and Rebreather which are only available from the Heist Gear counter in Ammunation.   smurfy (coms) 10:32, March 18, 2015 (UTC)

thanks for correting the security guards page i thought i saw some thing in it that sounded kinda the same but i did not take them out becuase i was unsure and i kinda leave it up to mods to do the final decision on what should go in the page and what should be deleted i basically correct grammar problemsTevanoRCMP (talk) 15:29, March 20, 2015 (UTC)

Thanks Doc, and thanks for your support. I feel for 558 though as he deserved to be promoted too and it's a shame that both of us couldn't be promoted. I hope he won't be put off in future though, as myself, Leon, Sean, yourself and everyone else who voted said that he was a valuable user. SJWalker (talk) 16:00, March 25, 2015 (UTC)

I noticed on the Muscle Cars page, that both the Buffalo, & Buffalo S are listed. Both of those cars are sports class cars in GTAV & GTAO. —Preceding unsigned comment added by SeamusX (talk • contribs) Please remember to sign your talk page messages with ~~~~.

Gta class them as sports, but they are actually sedan,muscle and sports , that's why it appears in multiple categories.

Thank you, I'm not really forum savy. I guess R* needs to clarify in game so these issues that turn out to be minor aren't wasting the Admins' here time.

Hey Doc, could you rename an image for me? It's supposed to be on my user name, i accidently inserted the image before i could rename it, it's:

I thiknk we'll just have to agree that Wildbrick isn't going to fix the template. We might as well start adding it to buildings.

Block User:Kittycloud01 Doc, it's another one of Cloud's associates.

I dont understand why your being so hard on me for i mean come on your an admin for gosh sakes at least i tried to get promotedTevanoRCMP (talk) 21:50, April 22, 2015 (UTC)

I called it the city seal since you are referring to it as the city seal as well it says "City of Los Santos" on it. Ok if you look at the real life City of Los Angeles website, you see their city seal which is what the LAPD have on their squad cars NOT the badge. The LAPD seal is the City of Los Angeles because it is a city service. The LSPD page should reflect the same since that's what it is based on. Are you telling me then we need to change the Liberty City Police Department to the badge as well? As well since you are going to leave the page to have the police department's badge, the Trivia section will have to be edited as well as the Los Santos (HD Universe) page since the information will no longer match since you are insisting on using the police badge instead of the seal. Again, just saying... --06abrahb (talk) 09:30, April 28, 2015 (UTC)

What's up, Doc? Can I ask you a favor? When you have the time, could you get the Bleeter images for the Mitch Dexter and Delancey Medua characters? Both pages don't have any images of the characters and the bleeter is the only place in the game where you can find pics of then, I really apreciate if you could do that some time. Thanks and nice work with all the logos. - DLVIII Talk 14:01, April 28, 2015 (UTC)

Can you explain me why you and your friend remove my content ? http://gta.wikia.com/Shitzu?action=history

I thunk it was a wiki, so anyone can post... —Preceding unsigned comment added by Manofgoa (talk • contribs) Please remember to sign your talk page messages with ~~~~.

That wasn't why I gave him a vandalism warning, the reason I gave him the vandalism warning was because he altered the main protagonist page to seemingly fit around his own player profile. I reverted the edit, which is why it doesn't show up on the Activity feed. SJWalker (talk) 22:07, April 30, 2015 (UTC)

I noticed that you have been posting some business's logos recently, so heres a couple of pages that are in need of some logos:

False. Here. It exists on single player mod by using the Open All Interiors mod, however, as you can see, the club will be exclusive to social club member on PS4, XB1 and PC for GTA Online, with a lot of interactivity.

why did i get a warning for i was enforcing Sams word which was battalion I enforce it to make sure hes correct so please remove itTevanoRCMP (talk) 16:19, May 19, 2015 (UTC)

If i get a warning why not the other 2 users who helped fuel the war i feel they should get a warning as well becuase they are partially responsible for it as wellTevanoRCMP (talk) 16:21, May 19, 2015 (UTC)

Either way, it doesn't belong on the GTA Wiki, take that to the international wiki :)

Not sure, I don't work there. I've seen some blog posts, put I think you should just ask people in chats if you're really bothered about it. Making a poll for something as minor as that is a waste of time to be honest.

You're missing the point. The blog you made was irrelevant to GTA. If you wanted to know, you should have joined the chat and asked that way. The chat is the place for off-topic chat, not blogs. Sam Talk 17:23, May 27, 2015 (UTC)
I really wanna get into the chat but im at school and the server well it lets me in but i cant see any thing people are saying it does not even show up the users names and all of that stuff anyways point is i tried deleting it like 3 times and it would not delete itself.TevanoRCMP (talk) 17:43, May 27, 2015 (UTC)

Retrieved from "https://gta.fandom.com/wiki/User_talk:DocVinewood?oldid=793250"
Community content is available under CC-BY-SA unless otherwise noted.