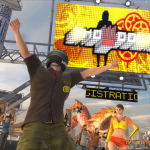 Just to explain, you added a leaked image onto an article, this is prohibited on the wiki, thanks

Sorry. I didn't noticed the meaning of that part, apart that I didn't checked the update yet. Maybe I should test it first. Once again, sorry.

All done. I knew of them since the beginning but for some reason they wouldn't spawn for me, and by the time I figured out what's wrong it was too late to take images, so I had to leave them for today.

Good day sir, you sent a message to my colleague informing him about the actions of the user "AkumaZ98". Unfortunately my colleague appears to be on leave for personal reasons, so allow me to address the issue that you brought up with him. I see that he/she has uploaded this image (File:Skoiloine.png), which, as you said, is incorrectly named and licenced. I know very little about the gameplay of Grand Theft Auto: San Andreas due to the fact that I have never played the game properly myself, so I must rely on your information: is the aforementioned image actually of the Skoiloine?

Image is of a user customized Elegy from GTA San Andreas.

Thanks for picking this up

You are most welcome. As for the image, since it had no conceivable use - not to mention the fact that its name, aside from not following the Media Policy, was misleading - I have deleted it. Thank you for reporting this matter to us.
TAlim 1994 - Konan T-A Lim 林道安 (talk | contributions) 22:41, August 13, 2016 (UTC)

Yeah, I have pics for Comet Retro Custom, Itali GTB Custom, and Elegy Retro Custom ready to be uploaded. I might do it for the rest, but it's not going to be my biggest priority. Same with the images of customization options.

Congratulations on your Staff promotion!

Welcome to the team! My apologies, I would have welcomed you sooner, but I was not online for the past few weeks.

Thanks! I'm really excited to be with the team.

Regarding your name on the Staff page

Good day, I notice that your name on the Staff page does not have a flag icon before it. Would you like a flag icon to be placed there, and if so, which flag?

For filling in that conversion column on the table on Benny's page. I added the column during a work break and was about to start grabbing all the data from the custom car pages. Smurfy: illuminate - communicate - spectate

What do u mean by cleaning it up in the ordering of game titles? They go from Online down to Chinatown Wars isn't that in order starting with most recent to first to come out? Well maybe switch Chinatown Wars and Vice City I guess. Ninerfan83 (talk) 05:52, February 14, 2017 (UTC)

No makes sense. I was just wondering, thank you

Good day, I have responded to your message on Monk's Talk page. Please feel free to view it and respond if you wish.

I did not actually do the edits to the tables; that was Monk, as he did them before I came round to it. You should thank him instead.

Formatting improvements to this page

Good day, just to inform you, I have decided to improve the formatting of the top of this Talk page. If you do not like my changes, please feel free to revert my edits.

Like these are left by Wikia whenever someone copies and pastes using non-source editor modes. They are not anyone deliberately adding unnecessary formatting tags. Smurfy: illuminate - communicate - spectate 02:40, April 1, 2017 (UTC)

We will have to wait for the dripfeeds to see whether the MOC will work like Bennys to convert vehicles or whether they will come in stock non-custom form like Wild's image. In the meantime, my in game image has been used and captioned as the modified version. Smurfy: illuminate - communicate - spectate 06:28, June 20, 2017 (UTC)

I had cleaned up all his nonsense but obviously missed one. Thanks. Smurfy: illuminate - communicate - spectate 05:07, October 1, 2017 (UTC)

Retrieved from "https://gta.fandom.com/wiki/User_talk:Derp_Herpington?oldid=1019121"
Community content is available under CC-BY-SA unless otherwise noted.